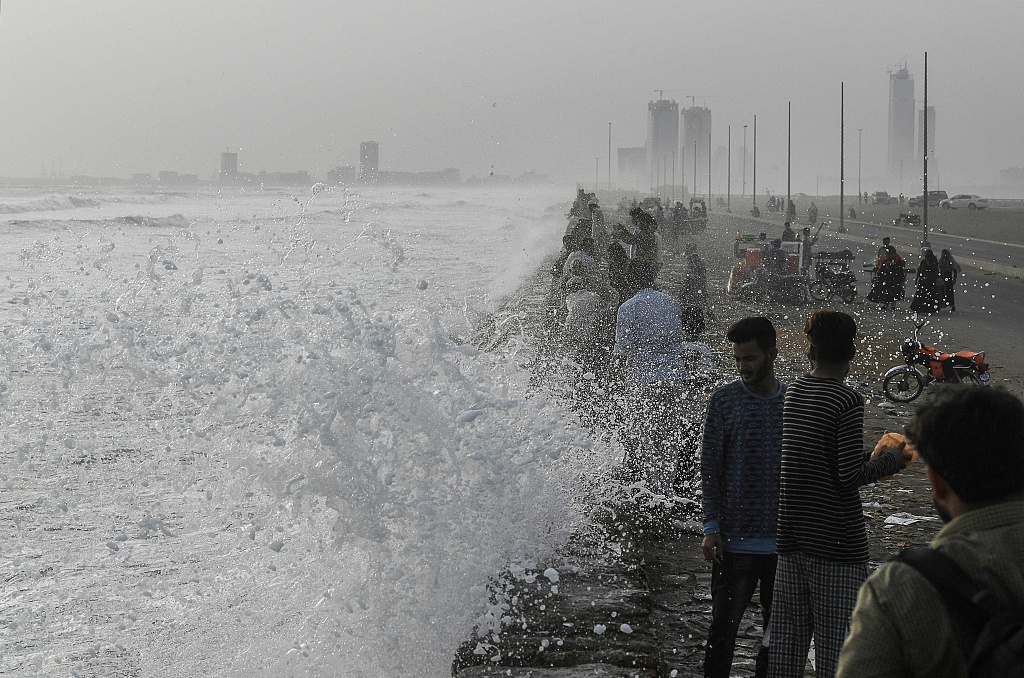 People gather on sea view during high tide of the Arabian Sea in Karachi on June 13, 2019. (File photo: VCG)

Dr Seemi Jamali, spokeswoman at the city's Jinnah Hospital, says the deaths were caused by electrocution as power cables got inundated with water.

The heavy rainfall began on Monday and continued on Tuesday and sewage flooded most of the streets in Karachi, the capital of southern Sindh province.

According to the Meteorological Department, more heavy rains are expected next week.

Every year, many cities in Pakistan struggle to cope with the annual monsoon deluge, drawing criticism about poor planning. The monsoon season runs from July through September.

Since the beginning of monsoon rains this month, dozens of people have been killed because of flash floods, electrocution and roofs collapsing.