Heavy rains triggered flash flooding in parts of central and eastern Pennsylvania on Monday, closing down a heavily traveled interstate and sending water into homes in the mountainous coal regions. 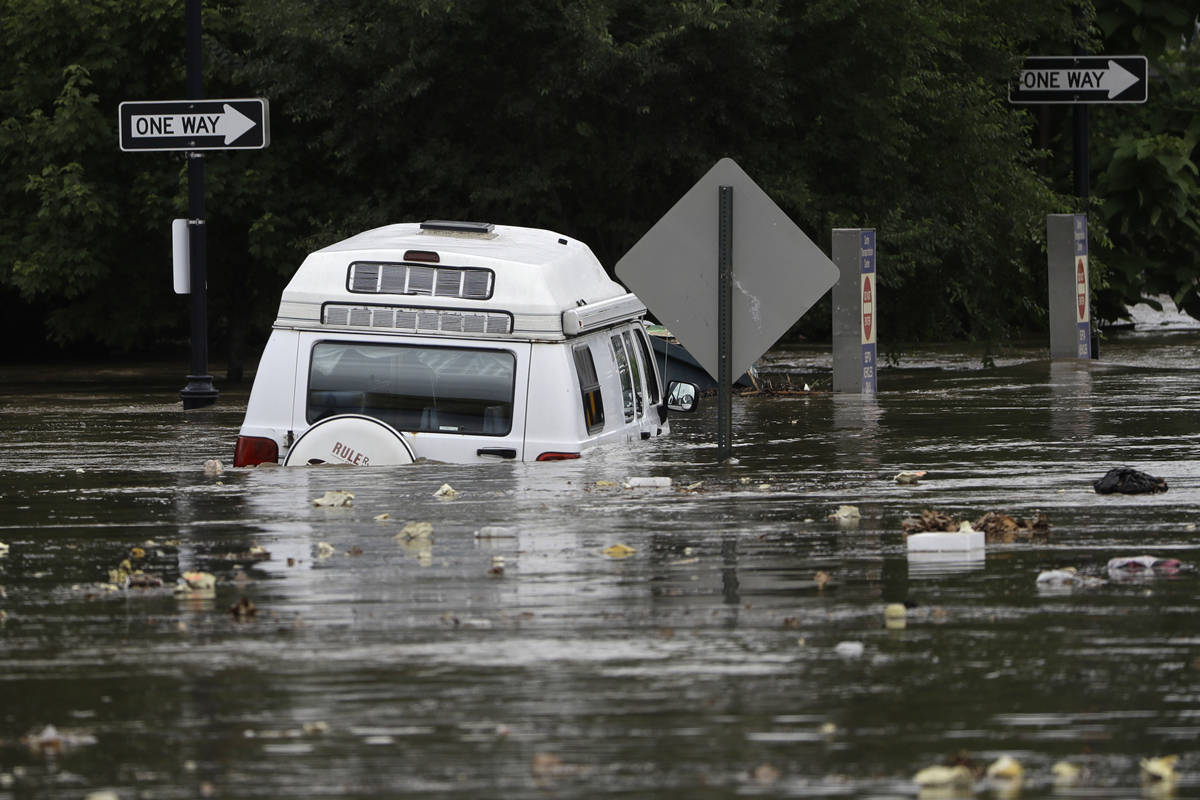 State highway and emergency management officials reported numerous closed roads in a wide swath of the state from Williamsport to the Philadelphia suburbs, and some motorists had to be rescued.

Hazel Coles said water rose so quickly at her home in Darby, outside Philadelphia, that she had to evacuate through a window. She said there was about 3 feet of water on her street, and some people had to be evacuated by boat. She said the Red Cross was helping displaced residents. 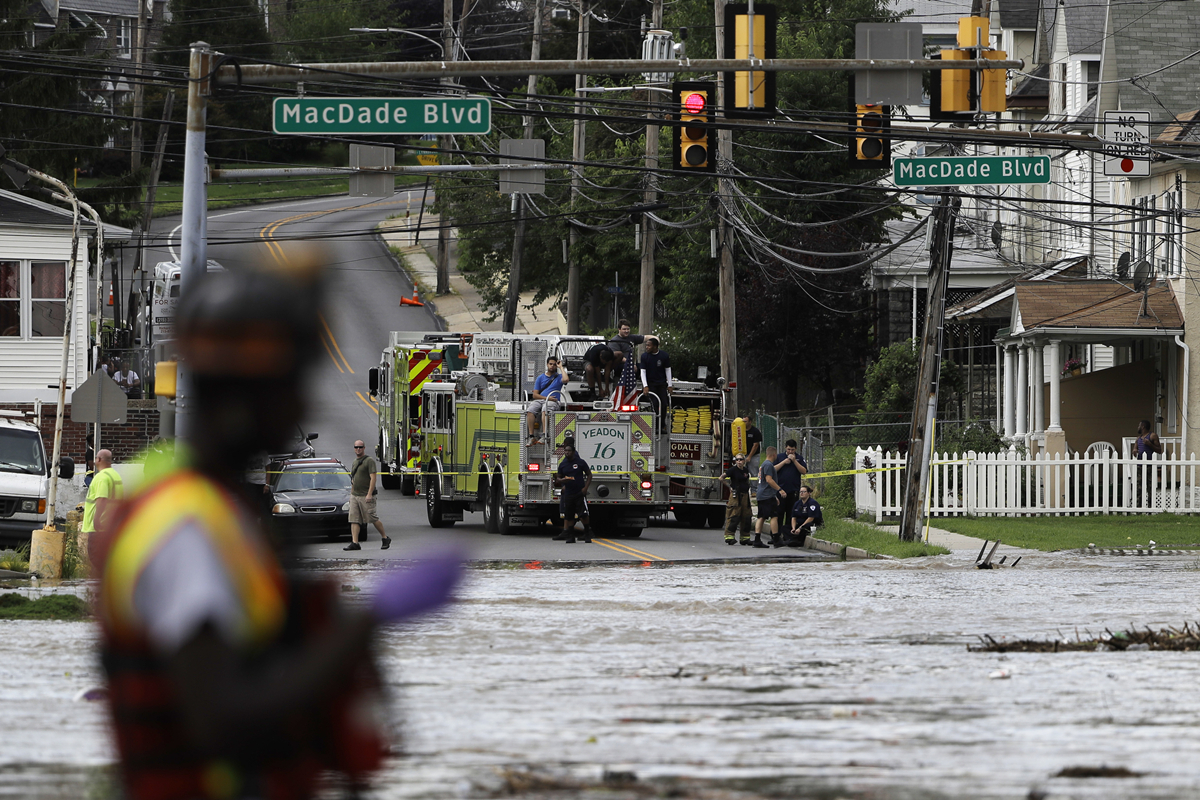 The National Weather Service in State College said there were numerous reports of 6 inches of rain or more in Schuylkill and Columbia counties.

The weather also caused choppy waters on the Lehigh River prompting conflicting reports of a group of missing rafters.

Water rescue teams from Lehigh and Northampton counties were dispatched to an area near Slatington, Pennsylvania, about 70 miles (113 kilometers) north of Philadelphia after a rafting company reported that they could not account for nearly 150 rafters.

The Morning Call reported that emergency officials have talked to the company and they said they believe everyone is accounted for and on their way home.

Police in Bloomsburg set off a mandatory evacuation siren late Monday afternoon for a few hundred people in the west end of town after Fishing Creek came out of its banks and was rising rapidly.

Columbia County emergency official Dave Witchey said a fire hall in Berwick was accepting evacuees, and another shelter may be opened if necessary.

Bloomsburg, a town of 15,000 residents about 130 miles (209 kilometers) northwest of Philadelphia, evacuated some residents about a month ago over high waters on Fishing Creek and the Susquehanna River. 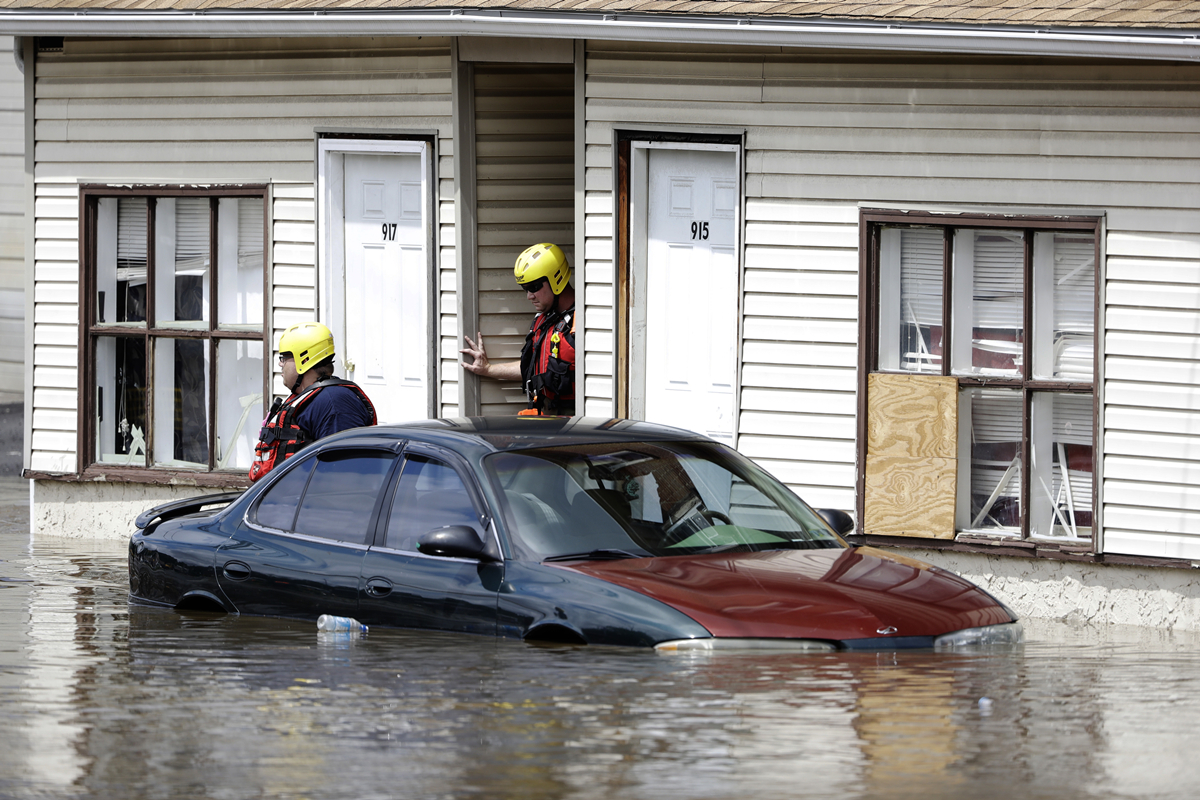 "If it keeps coming up, it could be a lot worse," said Bloomsburg Mayor William Kreisher, who said a state-of-emergency declaration was being prepared.

"It's been quite a rough go for them over the past three weeks," Tyburski said.

In the Benton area north of Bloomsburg, three helicopters with a group run by the National Guard and the state Fish and Boat Commission performed about 10 rescues, including people plucked from the roofs of their homes, according to the Pennsylvania Emergency Management Agency.

The agency also said that in Columbia County a helicopter team rescued nine people off of roofs, three of which were children.

High water in Port Carbon caused some evacuations and prompted firefighters to launch rescue boats and rafts. Parts of Pottsville were inundated, and three shelters were set up.

Schuylkill County emergency management director John Matz said water levels were starting to fall by early afternoon Monday and officials were making plans to assess the damage. He said the recent flooding could have caused more damage than the high water that hit the county a few weeks ago and affected several hundred structures.

"The difference now is, once we hit the center part of the county, it's a more populated area," Matz said. 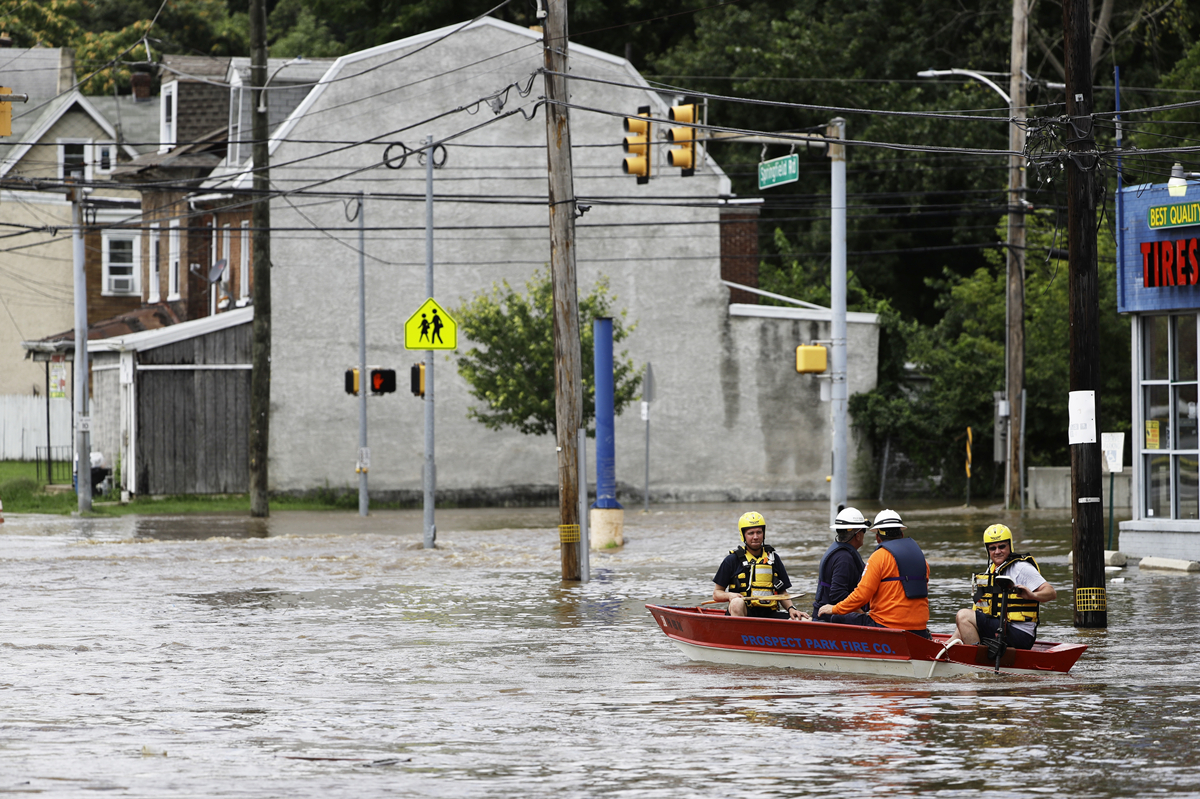 In the Philadelphia area, the Schuylkill Expressway was closed in both directions at the busy King of Prussia Mall exit. The waters affected dozens of stores and a parking garage at the mall.

The National Weather Service issued a flash flood warning and urged people not to drive through flooded roads.

Gov. Tom Wolf activated the Commonwealth Response Coordination Center on Monday morning and the National Guard was notified to be ready to help, if needed.

The forecast calls for storms to continue and cause flooding in the southcentral, northcentral and eastern parts of the state through Wednesday.