Heavy snow and rail strikes disrupt travel across the UK

In northeast Scotland, temperatures fell below -15 degrees Celsius in the early hours of Monday, making it the coldest night of the year so far. 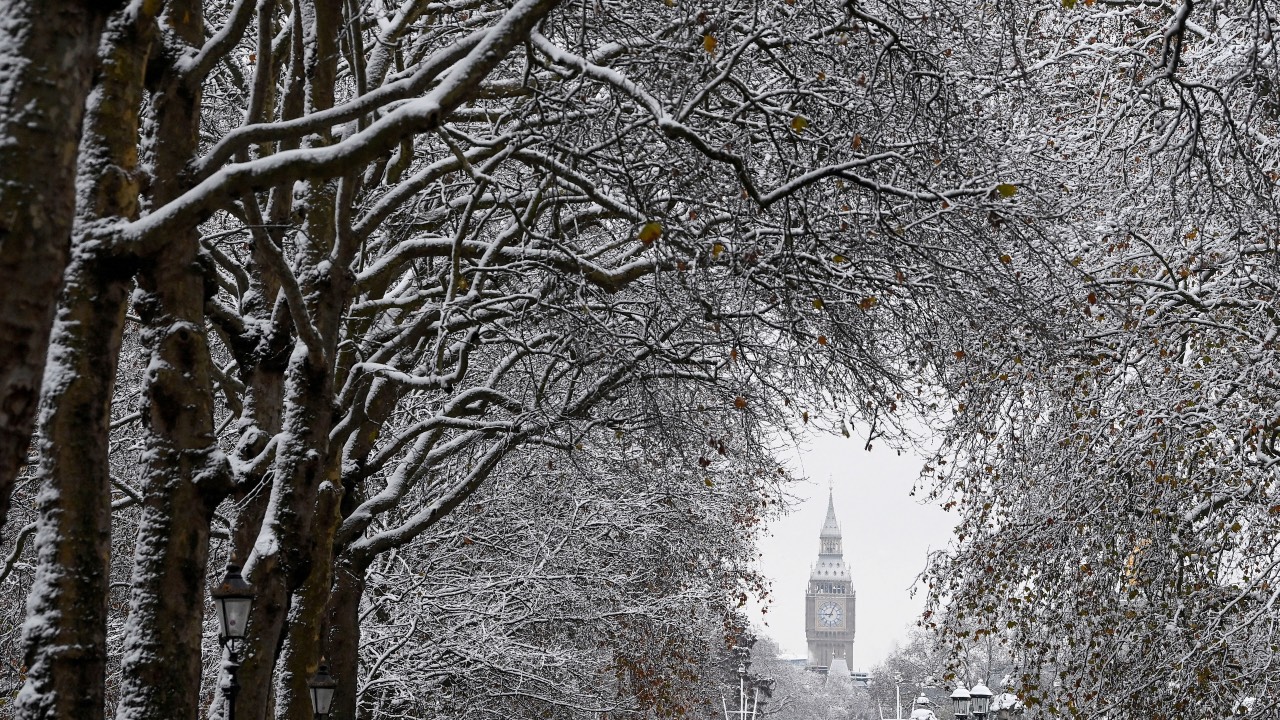 Trees are covered in snow in front of the Big Ben as the UK remains in the grip of cold weather. /Toby Melville/Reuters via CGTN

Many parts of the UK are blanketed in snow, with people told to avoid traveling unless absolutely necessary.

On Monday, 50 flights were canceled at London's Heathrow, the nation's busiest airport. Other international travel hubs like Manchester and Gatwick saw runways closed over the weekend due to the cold weather.

The disruption could get worse, with the blast of Arctic winds that have been felt in northern Europe since last Wednesday, set to continue.

"The outlook for the UK remains cold at least [until Friday], with the potential for this to continue even longer," said Grahame Madge, spokesman for the UK Met Office.

Thousands have been impacted as icy conditions have affected roads. Some major motorways have been partially closed, including a part of the M25, one of the busiest arteries around the capital, London.

Social media footage showed drivers stranded on the highway in freezing temperatures, with emergency services visible on the scene.

Many experienced disruption as they tried to get to work. Train services were also canceled across the UK, with alternatives options limited by the extreme weather.

There is also planned strike action that will affect train schedules from December 13 to January 2, 2023.

Rail workers and unions have planned action that coincides with the busy Christmas and holiday period.

They are demanding better pay and work conditions and say the strikes are necessary but have apologized for the impact on commuters.

Talks between train operators and the government have failed to find a breakthrough in recent months.

Officials say the demands are unrealistic and changes are needed in the rail network to ensure the industry "modernizes" and remains productive in the future.