TOKYO, Jan. 25 (Xinhua) -- Heavy snow and powerful winds are continuing to affect many parts of Japan on Wednesday, with the stormy conditions disrupting a number of transportation systems. 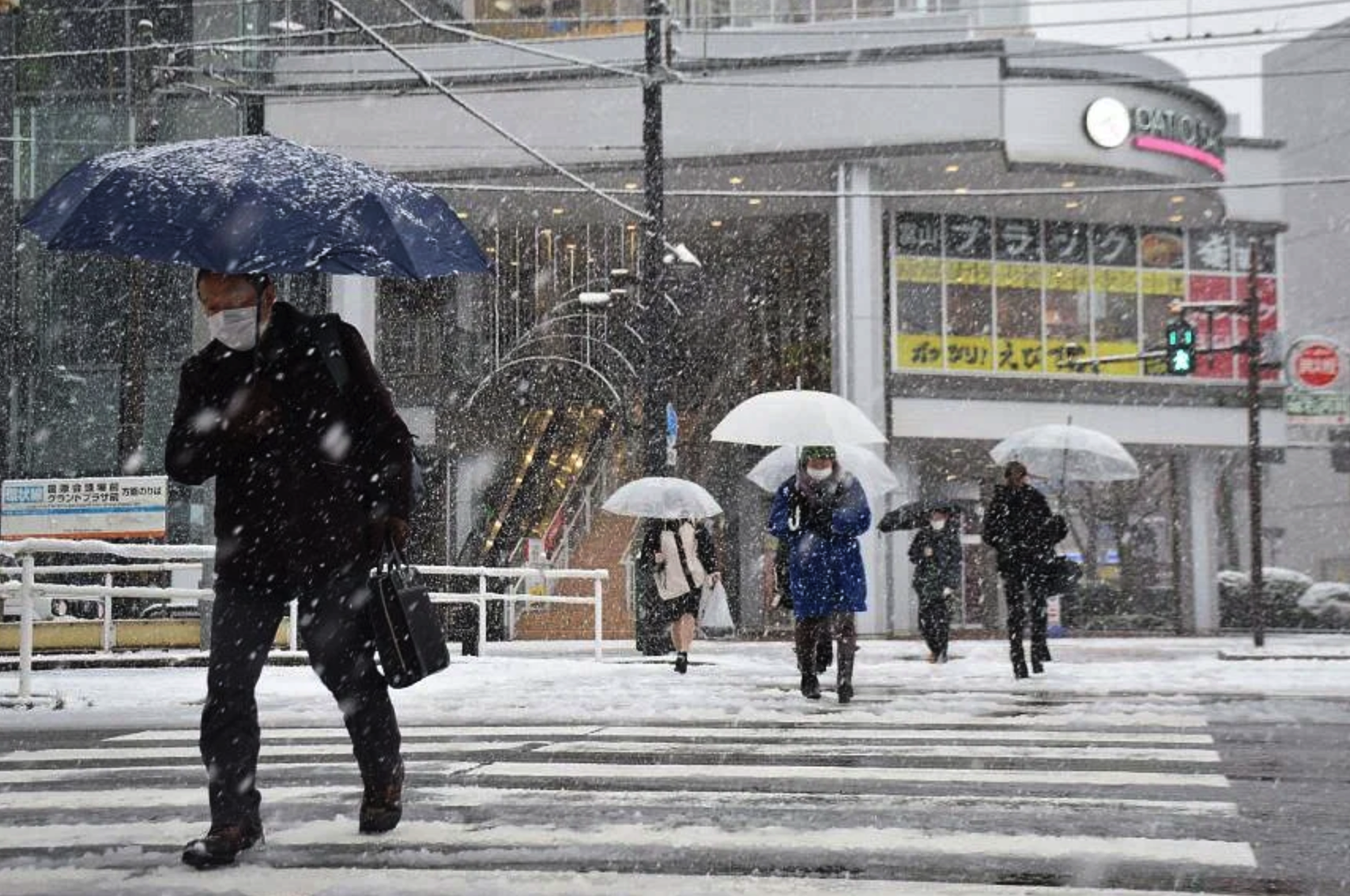 As wide swathes of the country are in the grip of the coldest seasonal front in a decade, railway operators on major lines have cut back on services or suspended operations all together.

East Japan Railway Company has said it will halt operations between some stations on the Yamagata Shinkansen line throughout Wednesday and part of Tohoku Shinkansen services will also be suspended.

Both the Tokaido and Sanyo Shinkansen lines, meanwhile, are experiencing delays as bullet trains are running slower in some sections due to the frosty conditions.

From the Tohoku to the Kyushu regions, some major expressways have been closed, with more likely to be shut depending on the snow.

National roads could be closed for snow to be removed, the transport ministry said.

Drivers have been urged to avoid making journeys that are not essential and to keep monitoring the changing weather and traffic conditions.

In areas where snow and ice have formed, drivers are being advised to use winter tires and snow chains where necessary.

Japan Airlines and All Nippon Airways have also said they plan to cancel hundreds of flights on Wednesday and have asked passengers to check and confirm their flights as early as possible.

The Japan Meteorological Agency said some parts of the country could see the mercury drop to the lowest level seen in a decade.

The frosty climes are expected to continue through Thursday, the weather agency also said.