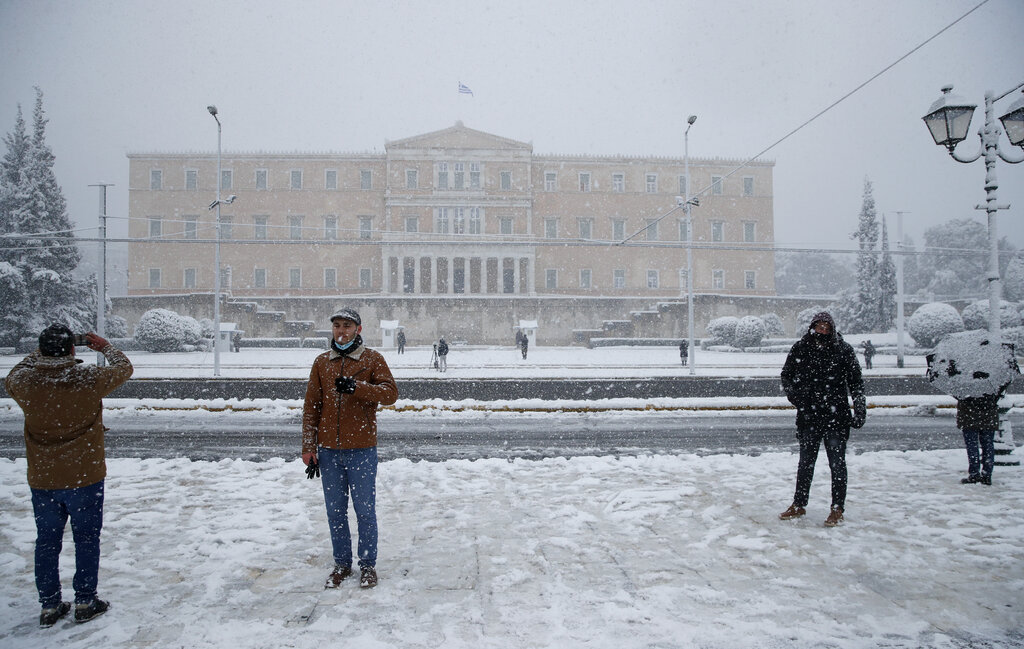 Health authorities announced they were postponing all coronavirus vaccinations across the greater Athens region of Attica for Tuesday. One line of the Athens subway that runs partially above ground to the northern suburbs was halted, while most buses were withdrawn from the capital’s streets for safety reasons.

Snowplows and salt trucks were cleaning the avenues of central Athens in an effort to keep them open to traffic.

Snow is common in Greece’s mountains and in the north of the country, but much rarer in the capital, particularly heavy snow. On balconies and in the streets, some Athenians emerged cautiously outside, snapping photos of the scene.

Parts of Athens experienced electricity cuts from downed power lines that authorities said they were working to restore.

The snowfall in the center of Athens began late Monday and continued through the night.