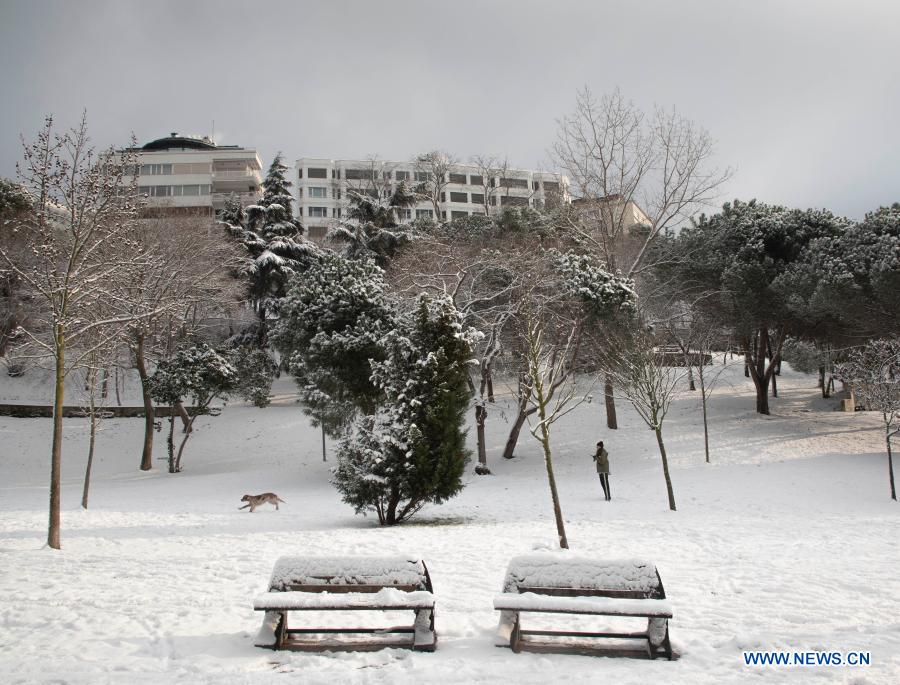 The snowfall blanketed the city during morning rush hours Wednesday, gripping many residents on their way to offices.

Traffic was soon paralyzed in the metropolis due to blizzards and ice on the roads.

Video footage aired by local media showed that many citizens got off public transport vehicles and walked.

The visibility distance on the Fatih Sultan Mehmet Bridge, which links the city's European and Asian sides, dropped to as low as 10 meters, local median reported.

Several ferry services between Istanbul and the neighboring province of Bursa were suspended due to bad weather conditions.

Local authorities are expecting the snowfall, which hit the city from Saturday evening, to leave the region Wednesday.