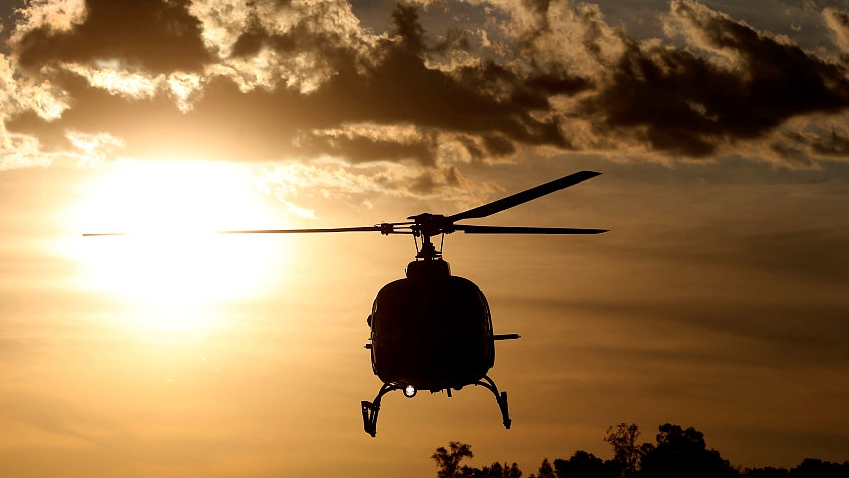 A group of 131 Canadian tourists Saturday were evacuated via helicopter from their beachside resort in Haiti after being trapped for one week at the site due to ongoing unrest in the country.

The tourists were ferried in shifts to the Port-au-Prince international airport, where they boarded a flight to Canada, according to tour operator Transat.

"We are relieved that these travelers are on their way to Canada, but we remain concerned about the current difficult situation in Haiti," said Transat CEO Annick Guerard, who flew to Haiti to accompany the tourists home.

The Air Transat Airbus A310 also carried "customers from another airline, and Canadian residents wishing to return home," Transat said in a statement.

The flight was expected to land in Montreal around 0150 GMT on Sunday.

"The only way currently to leave was by helicopter. The roads are not secure," tourist Normand Rosa told Radio-Canada public TV.

Separately, there are 25 high school students from Quebec schools still trying to get home from Haiti.

On Friday, Canada officially warned its citizens against all travel to Haiti, an advisory issued after the temporary closure of its embassy in Port-au-Prince.

Since February 7, at least seven people have died as Haiti has been plunged into political crisis, with everyday life paralyzed by protests and barricades in the largest towns.

The protesters, angry at soaring inflation and the alleged theft of nearly two billion US dollars in Venezuelan oil relief, are demanding President Jovenel Moise's resignation.

Canada is one of Haiti's largest international donors and is home to a large Haitian diaspora, located mostly in French-speaking Quebec.