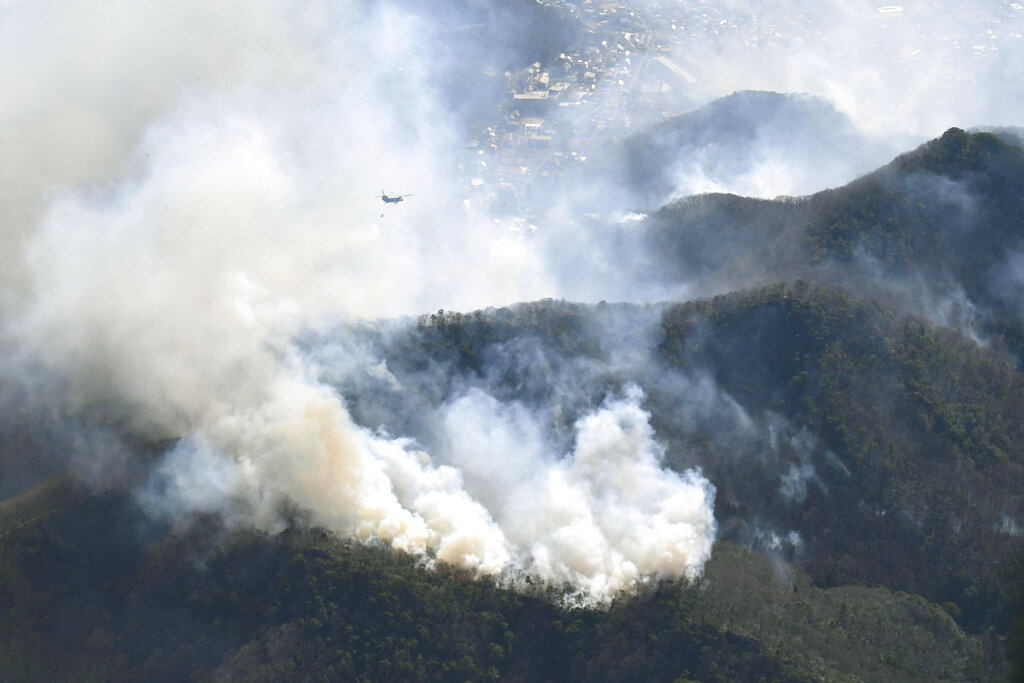 A forest fire broke out in a rural area north of Tokyo on Thursday, near another blaze burning for a fourth day.

One man suffered burns and was hospitalized, and firefighters have been deployed, said Hitomi Hirokami, an official at Kiryu in Gunma prefecture, about 100 kilometers (60 miles) northwest of Tokyo.

Another fire has been raging in nearby Ashikaga in Tochigi prefecture, where 207 households have been asked to evacuate, said spokesman Minoru Takayama.

Firefighters were working on the ground, while military helicopters were dousing the area. No one has been injured.

The two fires are not directly related, but the area has not had much rain lately, causing flames to spread, officials said.

An evacuation order for Ashikaga was first issued Tuesday for about 50 households, underlining how the stricken area was growing.

The cause of the fire was unclear, but there's a rest stop for hikers in an area where it’s believed to have started.

Three evacuation centers were set up with social distancing measures and disinfectants and everyone is wearing masks, Takayama said.