A Hello Kitty-themed bullet train began service in Japan on Saturday, drawing hundreds of fans to celebrate its debut.

The specially painted pink and white eight-car bullet train, or "shinkansen" in Japanese, is emblazoned with the world famous character from flooring to seat covers and windows. 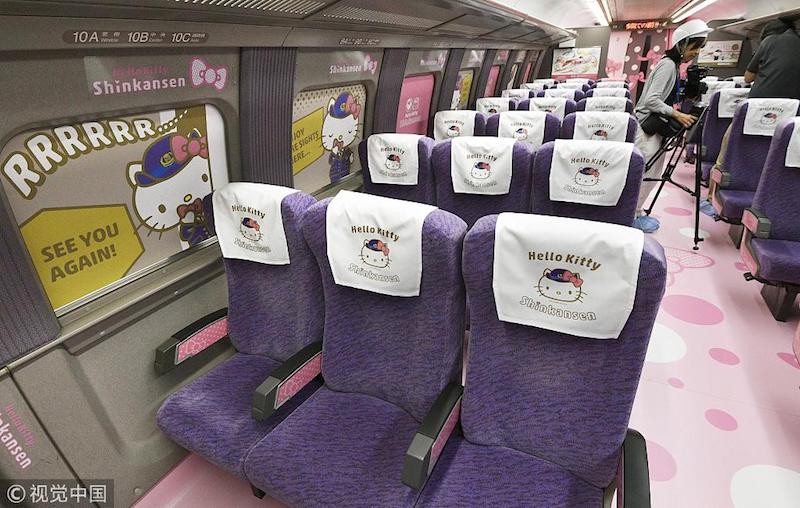 The inside of a shinkansen bullet train featuring Hello Kitty, unveiled by West Japan Railway Co.

It departed from Fukuoka to Osaka. Hours later, hundreds of fans waited at the final stop for its arrival, cheering and taking photos during its 16-minute stopover before it headed back to Fukuoka, according to Japanese local media. 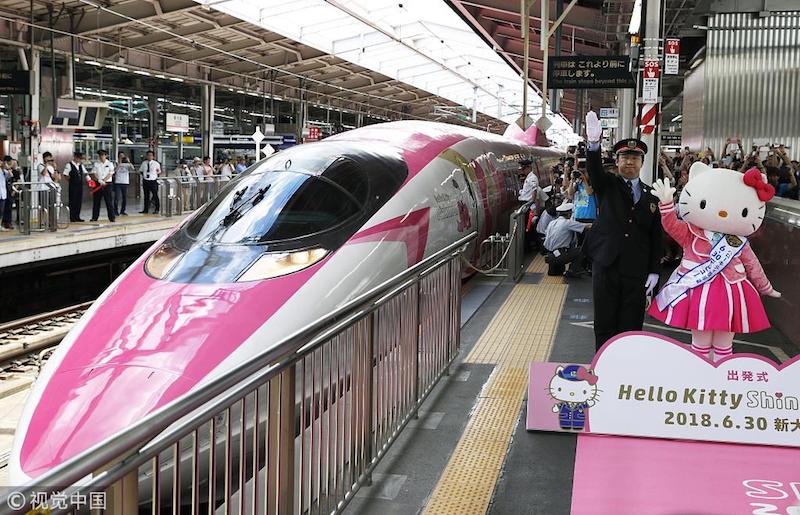 This new bullet train will run round trips between the two western cities for the next three months, the West Japan Railway Company said.

Hopefully one of Japan's most famous exports will boost local tourism, the company added.

Hello Kitty motifs, with the character dressed in the train crew uniform and a hat, are seen everywhere inside the bullet train. There is even a life-sized Hello Kitty figurine in one cabin for fans to immortalize themselves with selfies. 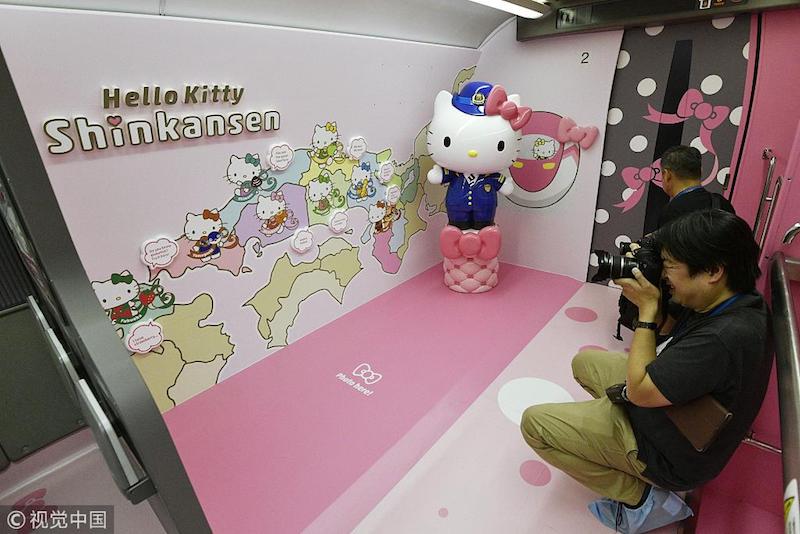 The inside of a shinkansen bullet train featuring Hello Kitty, unveiled by West Japan Railway Co.

The adorable character was created in 1974 by the Japanese company Sanrio Co., and has been a global icon ever since.

This is not the first time that the rail company set a theme for Japanese bullet trains.

In 2015, a Harry Potter-themed bullet train was brought to the public, which ran between Osaka to Kagoshima in western Japan.