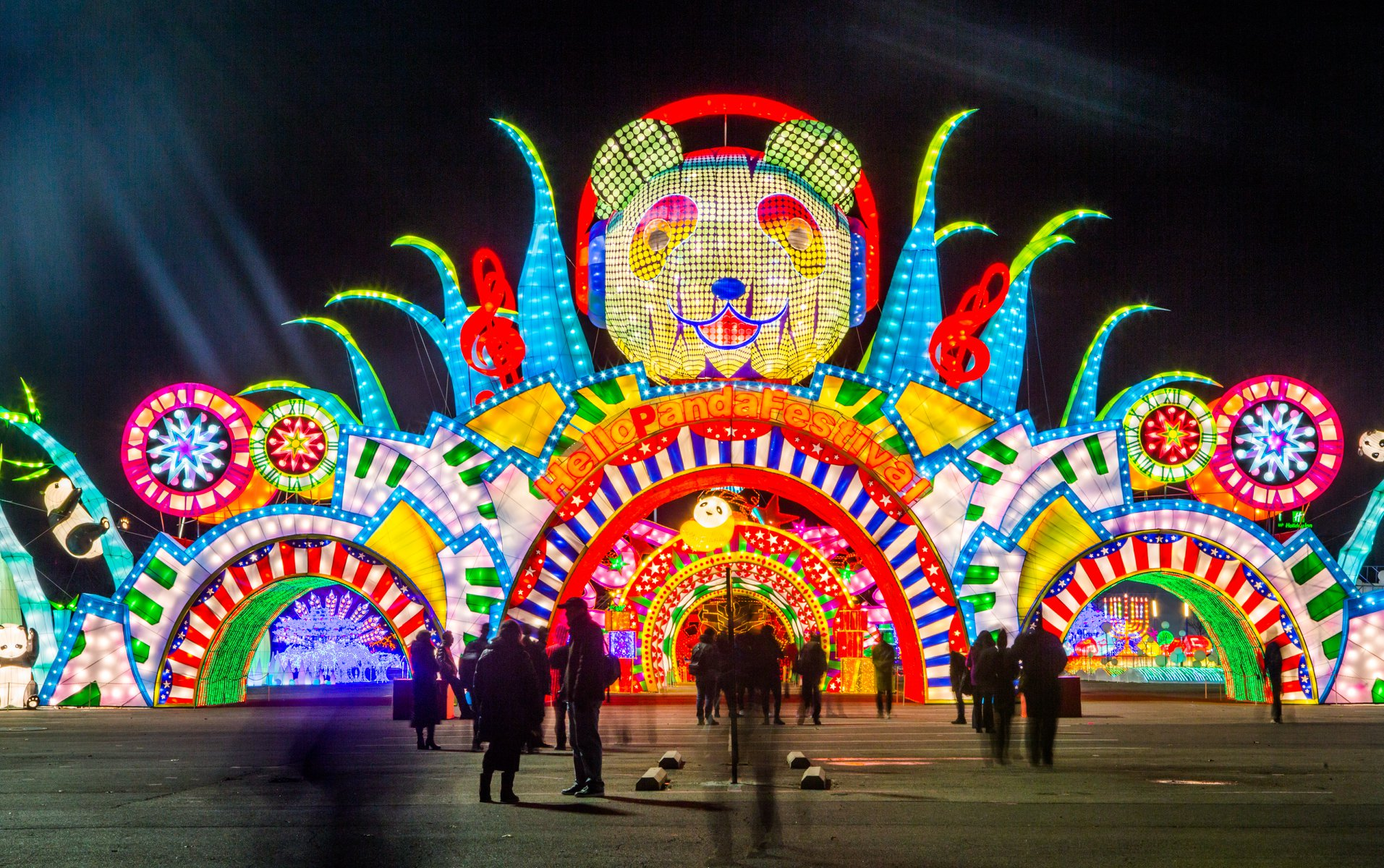 Handcrafted by 60 world-renowned lantern artisans, some 120 lantern displays have been created representing a diverse range of shapes and sizes, including an 18-meter-tall Christmas tree, a 30-meter-long panda-themed psychedelic light tunnel, as well as life-sized dinosaurs, giant pandas, and more.

To provide a cozy and warm environment during the year's coldest season, six giant heated tents have been set up, which will host live performances, galleries, and a holiday market. Visitors will be able to learn traditional Chinese handicrafts such as paper-cutting and sugar painting from leading instructors.

Chinese Consul General in New York Huang Ping said at the festival's opening ceremony that traditionally, Chinese people light lanterns to express their wishes for a good harvest and a happy life in the new year, and he was glad to see the tradition being brought to New York.

"This is a very important event. When you are enjoying yourself, I think you're also putting efforts and adding efforts to strengthen people-to-people relationships and communication," Huang said.

"So let's work together, light the lanterns to light up the way for the friendship between China and the United States to move forward," he added.

Visitor Douglas Schapero and his wife were attracted to the event by the colorful lanterns on display. He told Xinhua that it was the first time for him to see such an event, and he found it very impressive.

"The more we walk, the more things we see, and each time we were ... more impressed," he said.

The CPAA North America has signed a multi-year contract with Citi Field to host the festival through 2024, and hopes to make the event a holiday season tradition for New Yorkers and visitors alike.