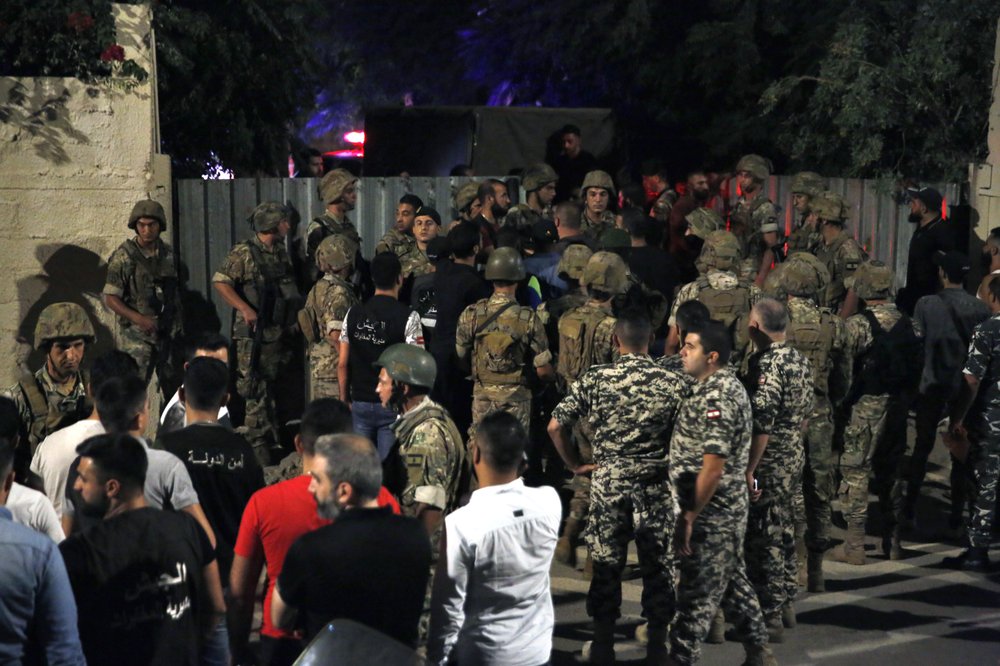 Lebanese security stand near the site where an Israeli drone was said to have crashed in a stronghold of the Lebanese Hezbollah group, in a southern suburb of Beirut, Lebanon, Sunday, Aug. 25, 2019. (Photo: AP)

The Latest on the reported crash of two Israeli drones in Lebanon, following Israeli attacks on Iranian targets in neighboring Syria (all times local):

The leader of Lebanon’s Hezbollah says his group will confront and shoot down any Israeli drones that fly over Lebanon from now on.

Hassan Nasrallah’s speech Sunday came hours after one alleged Israeli drone crashed in the capital, Beirut, while another exploded, authorities there said.

Nasrallah said one of the drones had been flying low among buildings and was clearly on a military “suicide mission,” which he called “clear aggression.”

Israel said the airstrikes were to thwart an imminent drone strike against Israel by Iran’s Revolutionary Guards’ Al Quds Force.