Hezbollah says ready to pull forces from Iraq after IS defeat 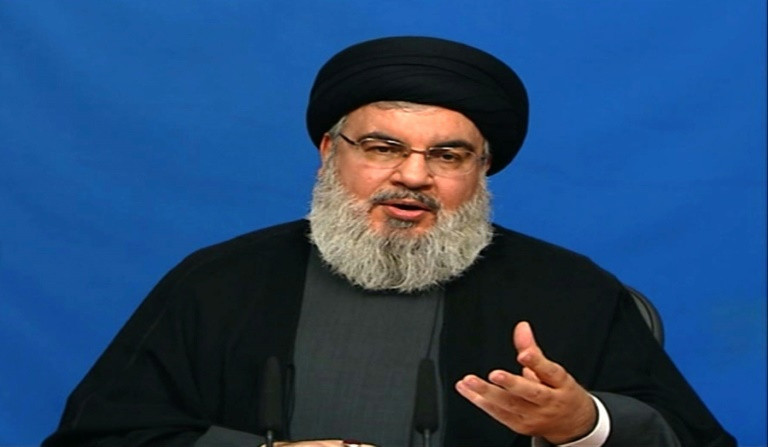 An image grab taken from Hezbollah TV on November 20, 2017 shows Hassan Nasrallah, the head of the Lebanese Shiite movement, giving a televised address from an undisclosed location in Lebanon       Photo: AFP

Hezbollah chief Hassan Nasrallah said Monday he was prepared to pull his forces from Iraq, after the Islamic State group lost control over its last urban stronghold in the country.

In a televised address on Monday evening, Nasrallah said the Lebanese movement had deployed "large numbers of our commanders and cadres" to Iraq to fight IS.

"We consider that the mission has been accomplished, but we are waiting for the final, Iraqi announcement of victory," he said.

Once that official declaration came, Hezbollah would reassess its presence in Iraq and may pull its members out.

"If we find that it's over, that there is no need for the presence of these brothers, they will return to be deployed in any other arena that needs them," Nasrallah said.

Iraqi forces on November 17 announced they had retaken Rawa, the last town to have been held by the Islamic State group in Iraq, capping three years of anti-jihadist military operations.

The latest efforts against IS have been spearheaded by Iraqi special forces and other regular troops but the Hashed, which counts tens of thousands of fighters, has been a key component of the bruising campaign.

While IS no longer controls any urban hub in Iraq, its surviving fighters have regrouped in remote desert areas along the border with Syria and mopping up operations remain to be completed.