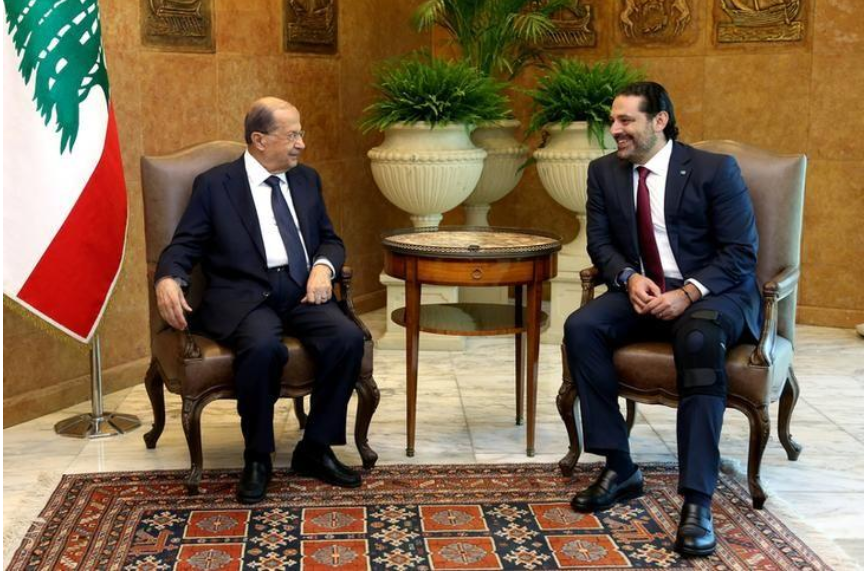 Lebanon’s Shi‘ite Hezbollah group on Sunday accused Saudi Arabia of forcing Lebanese Prime Minister Saad al-Hariri to quit, and called for calm in an effort to contain the political crisis unleashed by his resignation.

Sayyed Hassan Nasrallah, the leader of Iran-backed Hezbollah, urged Lebanese citizens against any political escalation in response to Hariri’s surprise declaration on Saturday, which he made from Saudi Arabia.

Hariri had said there was a plot to kill him, and accused Hezbollah and its Iranian backers of sowing strife in the Arab world. Okab Sakr, an MP with Hariri’s Future Movement, denied the decision had been imposed on Hariri.

Speaking in a televised address, Nasrallah said: “The resignation was a Saudi decision dictated to Prime Minister Saad al-Hariri and was forced on him.”

Sunni Muslim Saudi Arabia, a political ally of Hariri, is locked in a bitter tussle for power across the Middle East with Shi‘ite Iran and its allies, including Hezbollah.

Nasrallah said he would not comment on accusations leveled against Hezbollah by Hariri, describing his resignation announcement as a Saudi statement.

Hariri’s resignation toppled a coalition government that included Hezbollah, thrusting Lebanon back into the frontline of the Saudi-Iranian regional rivalry and risking an open-ended political crisis and sectarian tensions in Lebanon.

The government was formed late last year in a political deal that ended years of deadlock, and last month it produced Lebanon’s first budget since 2005.

Nasrallah said he had thought things were going well and had not wanted Hariri to quit. He urged Lebanese citizens not to hold protests in response to the resignation, saying “this will not lead to any result”.

He said “legitimate questions” were being asked in Lebanon over whether Hariri had been detained in Saudi Arabia, adding that Lebanon’s political leaders expected him to return to the country on Thursday “if he is allowed” to travel.

Hariri allies in Lebanon have denied suggestions he had been detained and he tweeted a photograph of himself on Sunday with Saudi Arabia’s newly appointed ambassador to Lebanon, Walid al-Yaaqoub.

Lebanese President Michel Aoun will not accept Hariri’s resignation until he returns to Lebanon to explain his reasons, palace sources said on Sunday, delaying for now the politically difficult consultations over his successor.

Saudi-owned newspaper Asharq al-Awsat cited unnamed sources close to Hariri as speculating that he would probably remain outside Lebanon because of the security threat against him.

Central Bank Governor Riad Salameh sought to calm fears the political turmoil would hit Lebanon’s already fragile economy, issuing a statement to reaffirm the stability of its currency, which is pegged against the U.S. dollar.

In Lebanon’s sectarian system the president must be a Maronite Catholic, the prime minister a Sunni and the speaker of parliament a Shi‘ite. Hariri is Lebanon’s most influential Sunni politician.

His father, Rafik al-Hariri, was prime minister after Lebanon’s 1975-1990 civil war and was assassinated in a car bombing in 2005.