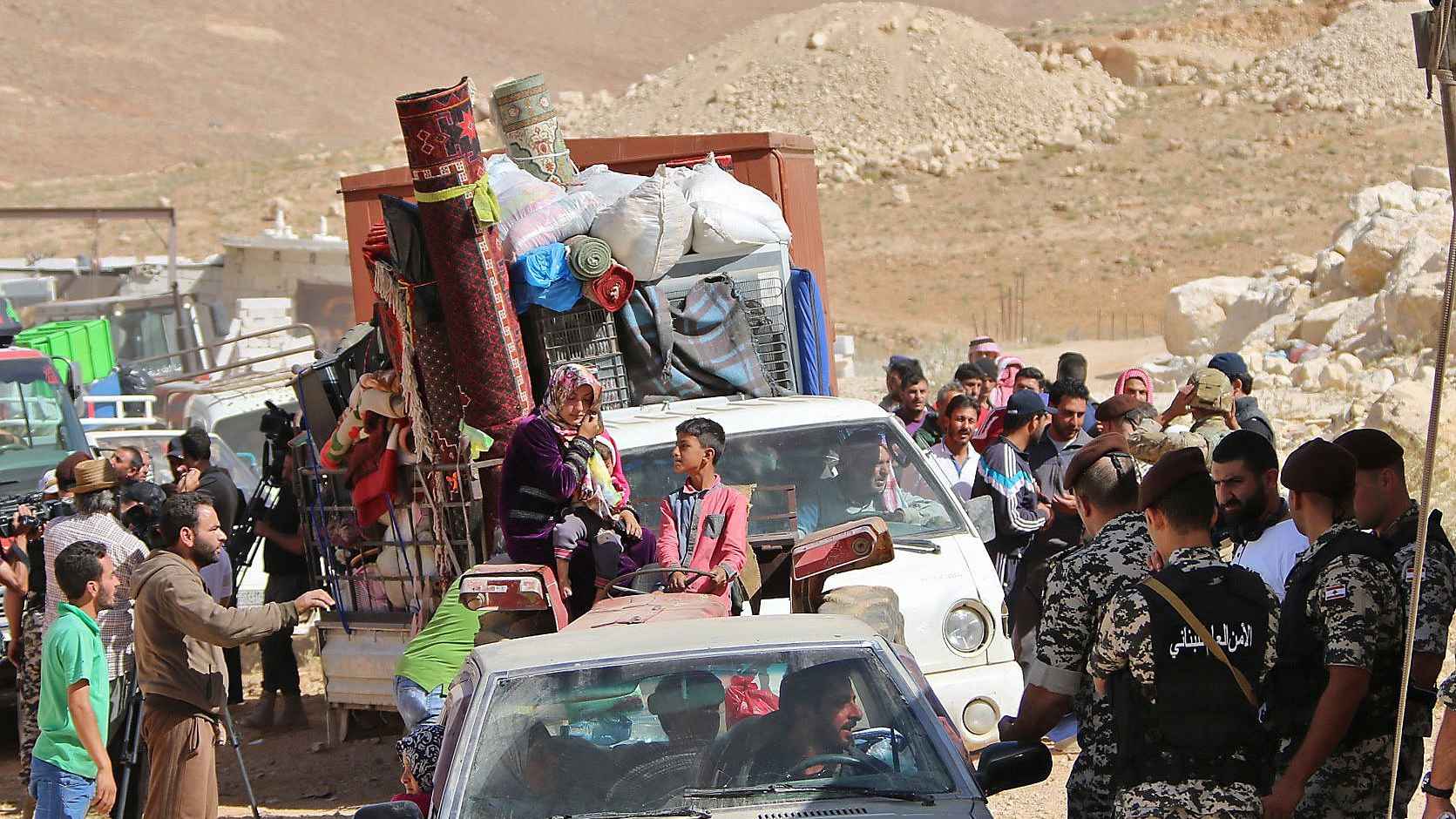 The leader of the Shiite Hezbollah movement has accused "international and local groups" of intimidating Syrian refugees in Lebanon from going back home, saying his party is ready to help with the repatriation plans organized by the Lebanese and Syrian governments, which the UN says are premature.

"According to our data, there are some international organizations, and certain local parties, which intimidate the refugees from returning [to Syria] and misinform them," Sayyed Hassan Nasrallah said in a televised speech on Friday, without giving further details.

"There is no need to complicate the issue [of Syrian refugees]. No one has floated the idea of forced returns of displaced people, and everyone is talking about voluntary and safe returns," he noted.

Lebanon has been at loggerheads with the UN refugee agency over the fate of Syrian refugees in Lebanon.

One in every four residents in Lebanon is a refugee, making the small Mediterranean country home to the world's highest number of refugees per capita. The Lebanese government says over 1.5 million Syrians it is hosting since war erupted in Syria in 2011 have strained its public and social services and cost it over 18 billion US dollars in economic losses.

With Syrian government forces and their allies, including Hezbollah fighters, making rapid territorial gains, Lebanese authorities want the refugees out, urging them to return to areas where violence has subsided. The UN, however, believes the conditions in Syria are not yet favorable as a settlement to the protracted war has yet to be reached.

Earlier this month, the row deepened with caretaker Foreign Minister Gebran Bassil charging the United Nations High Commissioner for Refugees (UNHCR) is scaring Syrian refugees out of returning home, and ordering a freeze on residency visa applications for the agency's staff.

The UN has denied the accusations, saying it respects individual decisions to return.

"If there are displaced people who want to return, why are we putting complications such as the issue of the United Nations and the regional situation, and what is the reason for that?" Nasrallah asked, adding, "those who want to return should be allowed to return and given all the facilitations, and we must help them achieve a dignified return."

Nasrallah, who is a political ally of Bassil's Free Patriotic Movement (FPM) party, said Hezbollah will coordinate with Lebanon's General Directorate of General Security and the Syrian government to help return "the biggest possible number" of Syrian refugees who wish to go home safely and voluntarily.

"We are ready to help ... and we will continue helping until this matter is settled politically and officially between the Lebanese and Syrian governments," he added.

In the next few months, Hezbollah will directly collect requests for returns from refugees, deliver them to Syrian authorities, and coordinate with General Security, he said.

Nasrallah's comments came a day after around 300 Syrians crossed the border to Syria in a move coordinated directly by Beirut and Damascus.

Major General Abbas Ibrahim, head of the General Security agency, told Reuters that it was the "first phase out of thousands." The refugees had registered their names with the Lebanese authorities and received approval from the Syrian government ahead of their journey back to their country.

The UNHCR was not involved in the repatriation plan.

Meanwhile, UN officials have been in talks with the Lebanese government to ease tensions. Deputy UN Special Coordinator for Lebanon Philippe Lazzarini met with Bassil on Friday over the Syrian refugee issue.

Lazzarini reiterated the UN's adherence to Lebanon's policy, saying that the integration of Syrian refugees is "not an option, meaning they will return to Syria or be relocated in a third country," Lebanon's Daily Star reported. The UN "respects the national policy that the presence of Syrian refugees in Lebanon is temporary."

During the meeting, Lazzarini asked the Lebanese official to reverse his order to halt issuing residence permits to UNHCR staff, which Bassil announced earlier this month accusing the body of "intimidating the displaced people who wish to return voluntarily."

It was not clear whether Bassil will heed the calls to undo his measures.

In an interview with Reuters earlier this week, Lebanese Foreign Ministry Chief of Cabinet Hadi Hachem told Reuters that the resumption of residency applications is tied to a "clear, gradual" plan by UN agencies to repatriate Syrian refugees.

When "the return plan is on the right track, I think Mr. Bassil will amend his decision and visas will come back," Reuters quoted him as saying.