The Supreme Court on Monday agreed to hear two cases involving Trump administration policies at the U.S.-Mexico border: one about a policy that makes asylum-seekers wait in Mexico for U.S. court hearings and a second about the administration's use of money to fund the border wall. 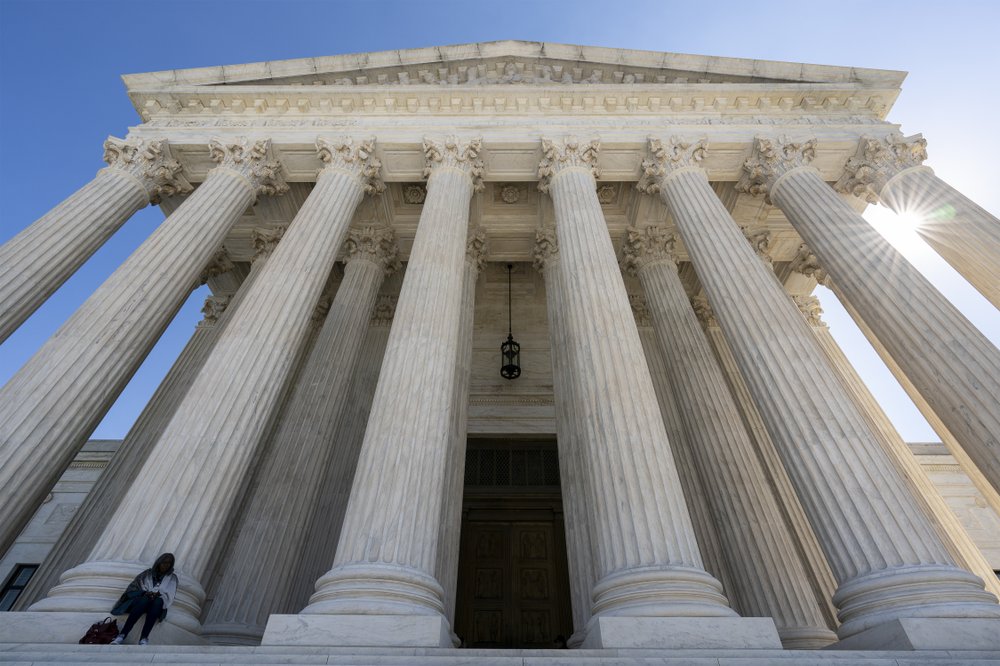 The justices' decision to hear the cases continues its practice of reviewing lower court rulings that have found President Donald Trump's immigration policies illegal over the past four years.

Most notably, the high court reviewed and ultimately upheld Trump's travel ban on visitors from some largely Muslim countries. In June, the court kept in place legal protections for immigrants who came to the U.S. as children.

The justices will not hear either new case until 2021, and the outcome of the presidential election could make the cases go away, or at least reduce their significance. If Democrat Joe Biden wins the White House, he has pledged to end "Migrant Protection Protocols," which Trump considers a cornerstone policy on immigration.

In the border wall case, much of the money has already been spent and wall constructed. It is unclear what could be done about wall that has already been built if the administration loses, but it could conceivably be torn down. Biden has said he would cease wall construction if elected but would not tear down what was built under Trump's watch.

The court has allowed both policies to continue even after they were held illegal by lower courts, a sign the challengers could face long odds when the justices ultimately decide the cases.

The Trump administration policy known informally as "Remain in Mexico" began in January 2019. It became a key pillar of the administration's response to an unprecedented surge of asylum-seeking families from Central American countries at the border, drawing criticism for having people wait in highly dangerous Mexican cities.

Lower courts found that the policy is probably illegal. But earlier this year the Supreme Court stepped in to allow the policy to remain in effect  while a lawsuit challenging it plays out in the courts.

More than 60,000 asylum-seekers were returned to Mexico under the policy. The Justice Department estimated in late February that there were 25,000 people still waiting in Mexico for hearings in U.S. court. Those hearings were suspended because of the coronavirus pandemic.

In a statement after the high court agreed to take the case, Department of Justice spokeswoman Alexa Vance said the administration is pleased the court agreed to hear the case, calling the program "a critical component of our efforts to manage the immigration crisis on our Southern Border."

Judy Rabinovitz, an attorney for the American Civil Liberties Union, which is challenging the policy, called the policy "illegal and depraved."

"The courts have repeatedly ruled against it, and the Supreme Court should as well," she said in a statement.

The high court also agreed to hear the Trump administration's appeal of a lower court ruling that it improperly diverted money to build portions of the border wall with Mexico.

The high court has previously allowed construction to continue, even after a federal appeals court ruled in June that the administration had illegally sidestepped Congress in transferring $2.5 billion in Defense Department funds.

Dissenting from a July order that allowed construction to continue, Justice Stephen Breyer wrote that the court's action "I fear, may operate, in effect, as a final judgment."

The case has its origins in the 35-day partial government shutdown that started in December of 2018. Trump ended the shutdown after Congress gave him approximately $1.4 billion in border wall funding, but that was far less than the $5.7 billion he was seeking. Trump then declared a national emergency to take cash from other government accounts to use to construct sections of the wall.

The case before the Supreme Court involves just the $2.5 billion in Defense Department funds. The administration has already built 115 of the 129 miles of border wall that is funded by that money. That includes sections in California, Arizona, New Mexico and west Texas.