High temperatures, floods and fires: Extreme weather around the Mediterranean 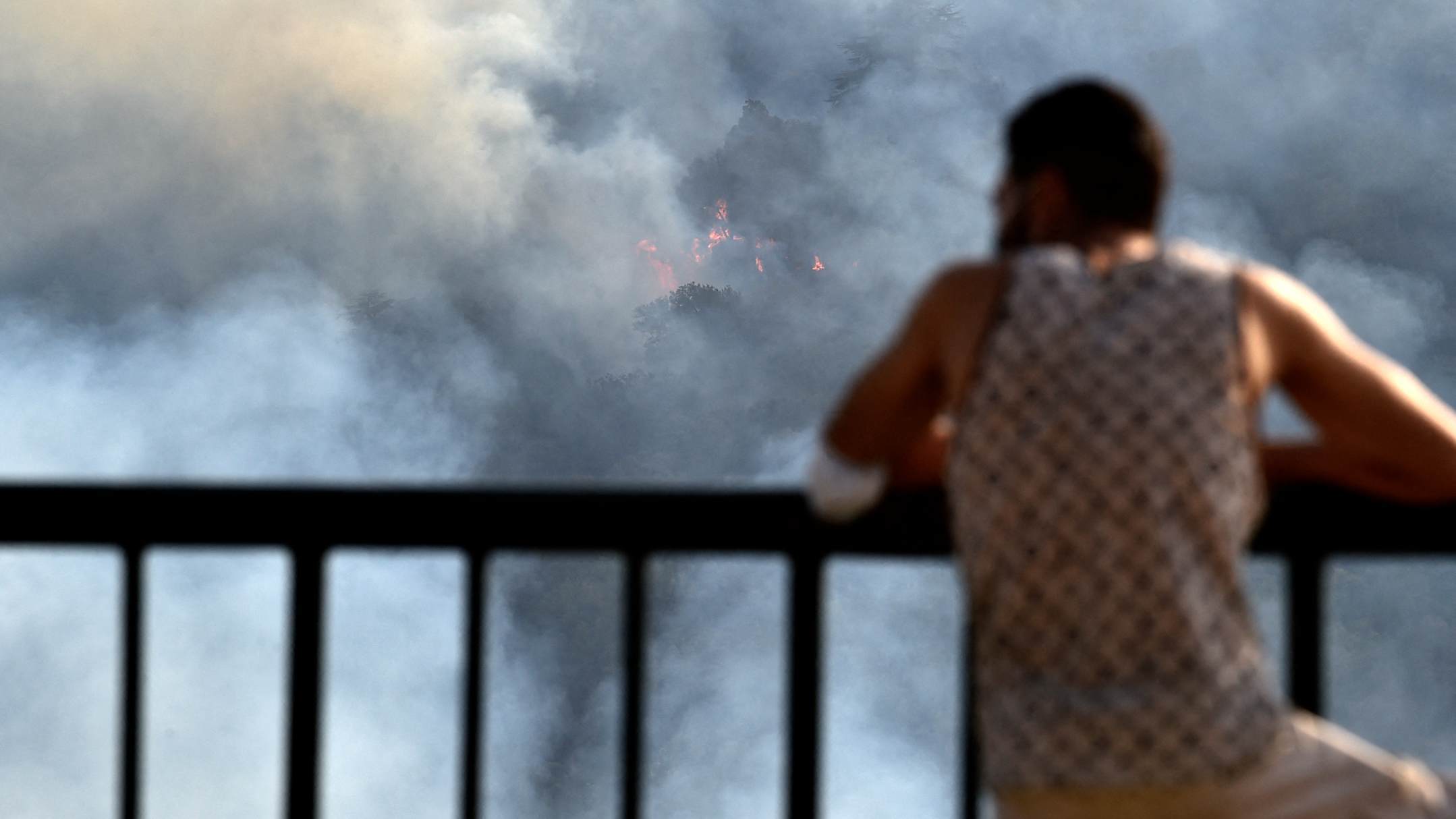 A man in Algeria on August 13 watching a fire in the Ait Daoud area of northern Algeria. (Photo: AFP)

Fires, death and destruction: The anticyclonic weather system causing extreme temperatures is still sitting over Southern Europe, and it is aptly called Lucifer, another name for the devil.

In Italy, emergency services and residents are battling dozens of fires across the country, some of them nearing Rome.

Overnight, families were forced to flee their homes with forest fires approaching the capital's Tivoli suburb. Calabria in the south is one of the worst-hit regions, as are the islands of Sardinia and Sicily, which earlier in the week recorded what is believed to be the highest ever temperature in Europe, 48.8 degrees Celsius.

The blistering heat is also hitting Spain, where the state meteorological office predicted record highs across much of the Iberian peninsula over the weekend.

The capital Madrid has already recoded a high of 46 degrees Celsius, leaving residents and tourists trying to cope with the dangerous heatwave.

Across the Mediterranean, some of the deadliest fires are in Algeria where dozens of people have died trying to contain blazes which have destroyed homes and businesses.

Belaid Benmekhlouf is from Ait Daoud, which had been engulfed in the flames. His house is just a smouldering ruin.

"It was a fire like I've never seen before," he said while looking through the remnants of his home. "The fire wasn't moving slowly, it was gusting, we couldn't even stay in front, we were immediately asphyxiated."

Elsewhere in North Africa there are fires raging in both Tunisia and Libya. 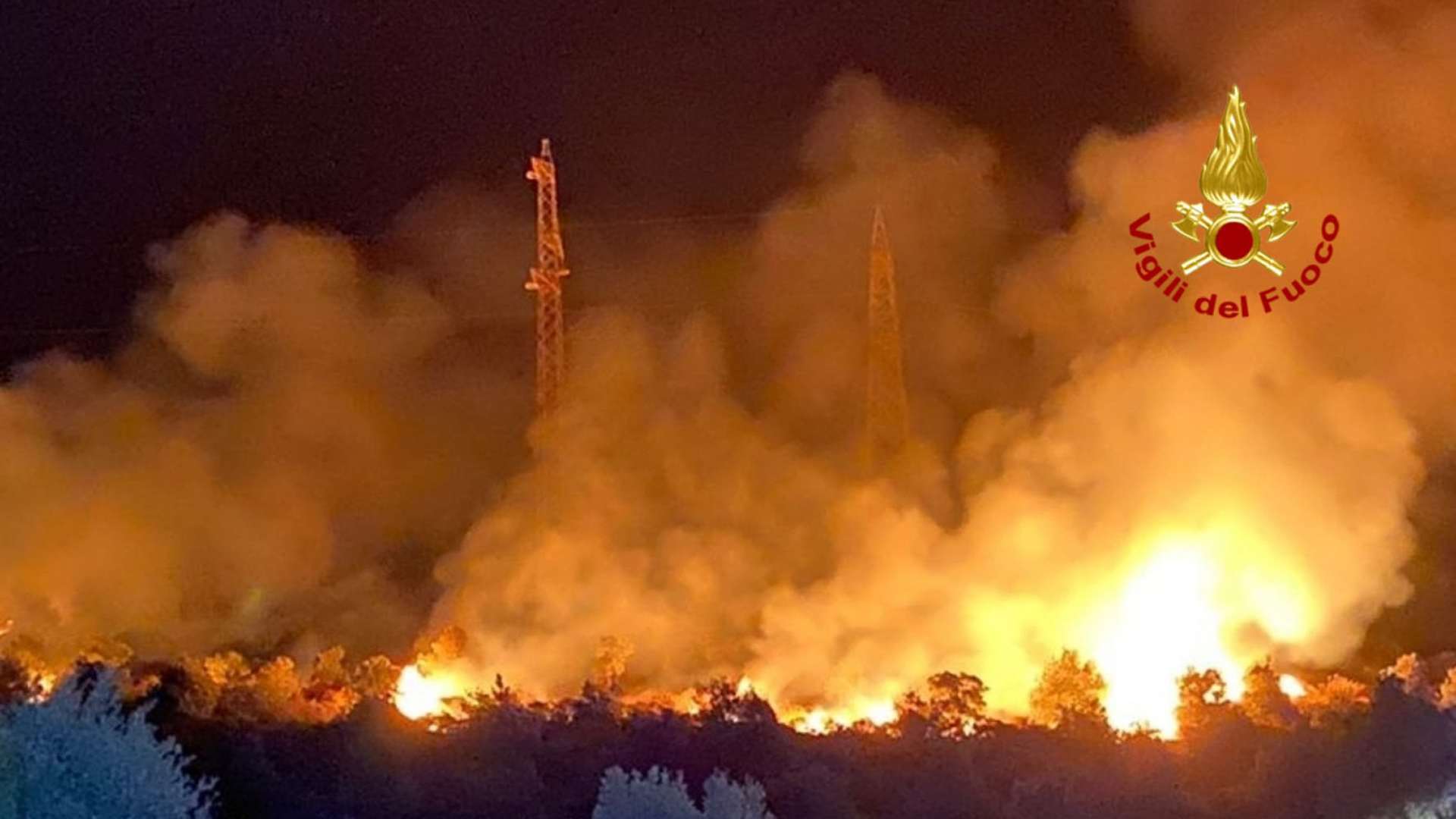 Fire in the municipality of Mandas on the Italian Sardinia Island. (Photo: AFP) 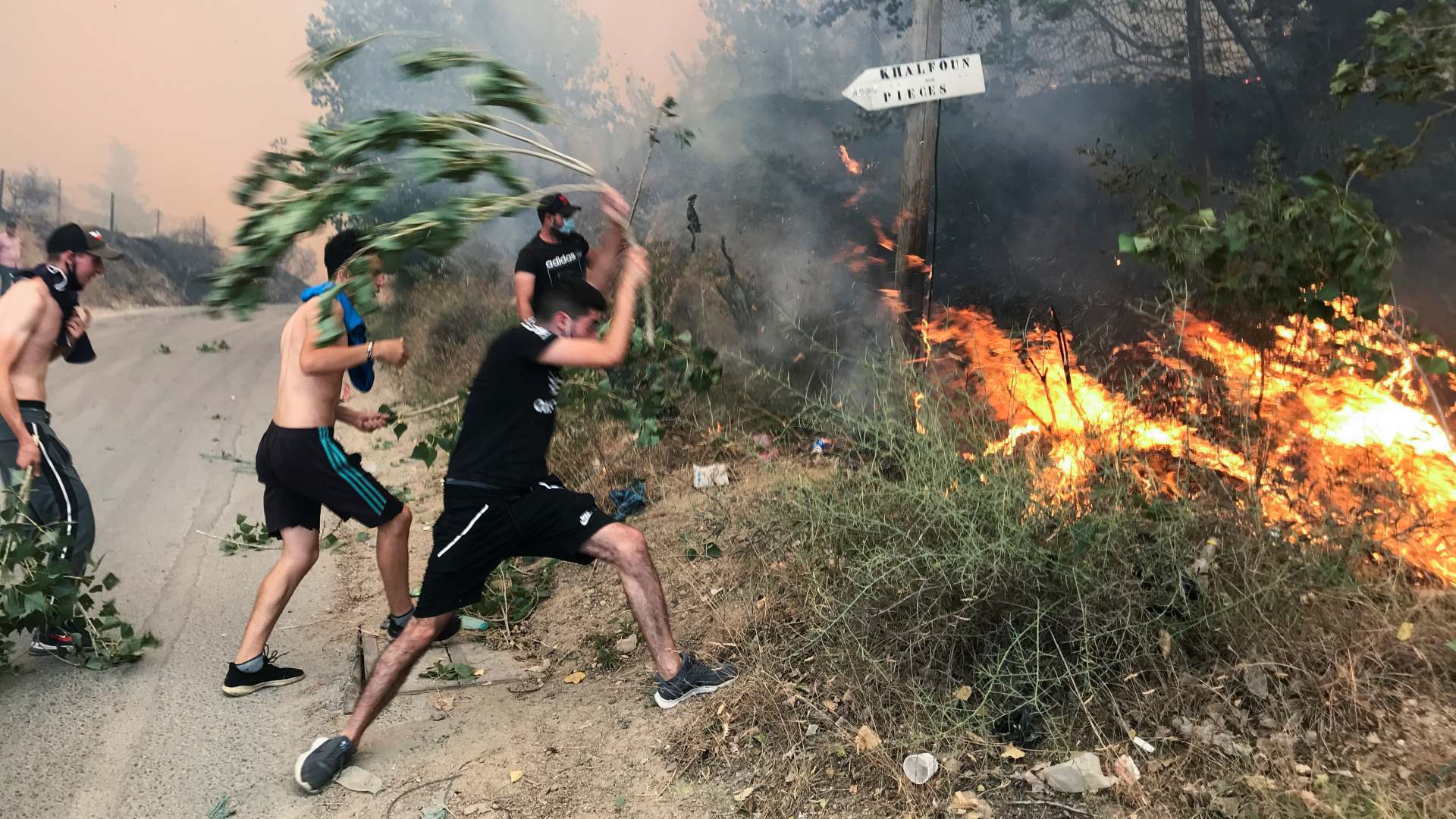 People try to put out a fire in Tizi Ouzou province near Algiers. (Photo: Agencies) 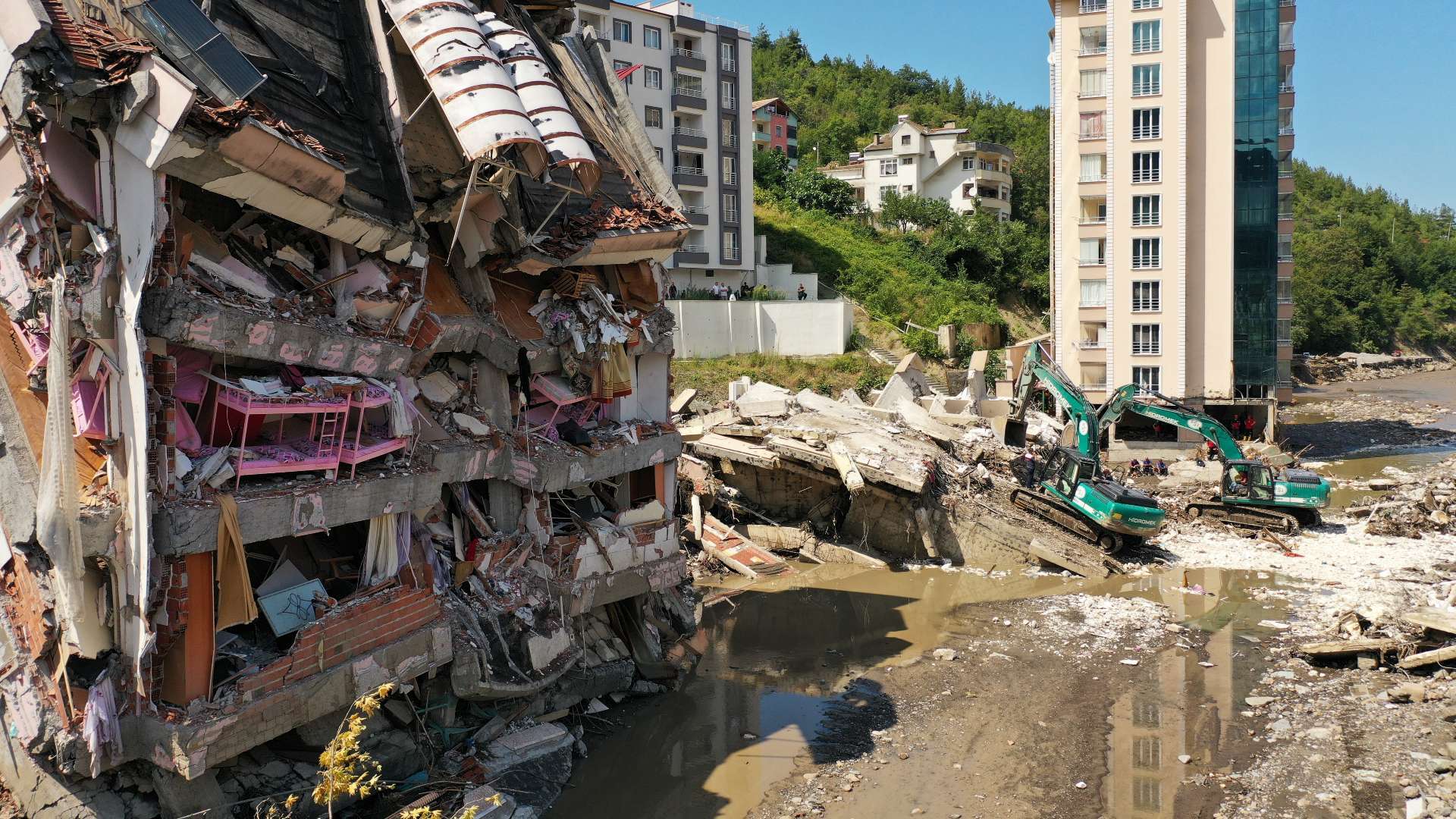 People try to put out a fire in Tizi Ouzou province near Algiers. (Photo: Agencies)

The fires in Turkey are finally starting to get under control, but now it's flash floods which are devastating the north of the country along the Black Sea coastal provinces of Bartın, Kastamonu, Sinop and Samsun.

A major search and rescue operation is underway after torrential rains swept away cars and brought down buildings and bridges. Dozens of people have died with many more still missing.

In the town of Bozkurt, a distraught Ilyas Kalabalik fears that the death toll will continue to rise.

Turkey's president Recep Tayyip Erdoğan visited one of the worst-hit cities on Friday, attending the funerals of some of the first victims.

This is an unprecedented year for extreme weather across the globe causing fires, floods and droughts all coming just months before the crucial COP 26 climate summit.