TOKYO - Japan's weather agency on Wednesday issued its highest-level landslide and flood alerts as regions in western Japan were being pummeled by torrential rain. 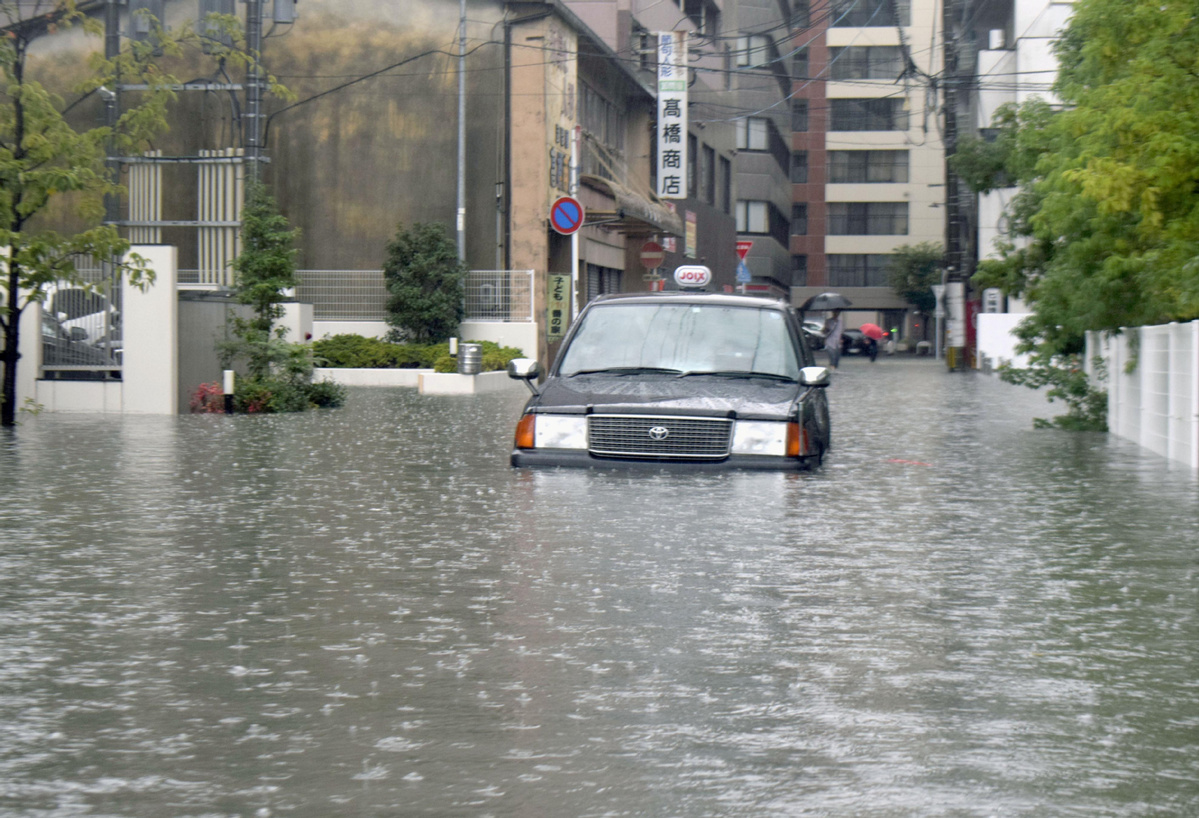 According to the Japan Meteorological Agency (JMA), the emergency alerts were issued for the prefectures of Fukuoka, Saga and Nagasaki prefectures in the northern Kyushu region.

The JMA said it expects downpours to inundate regions covering wide swathes from western to northern parts of Japan's archipelago.

The weather agency said the special warnings were issued because of a low atmospheric pressure system in the Sea of Japan moving along a northeasterly trajectory.

Local police in the city of Takeo in Saga Prefecture, said a man may have been killed after being found in his vehicle after it was swept away on a road by floodwaters.

In Saga and Taku cities, the weather agency said that 120 mm of rain was recorded in a one-hour period.

For northern Kyushu, 200 mm of rain has been forecast by the weather agency and 180 mm in the Kanto-Koshin area, which includes Tokyo, and the Tokai region, is forecast for the 24 hours through 6 am local time on Thursday.