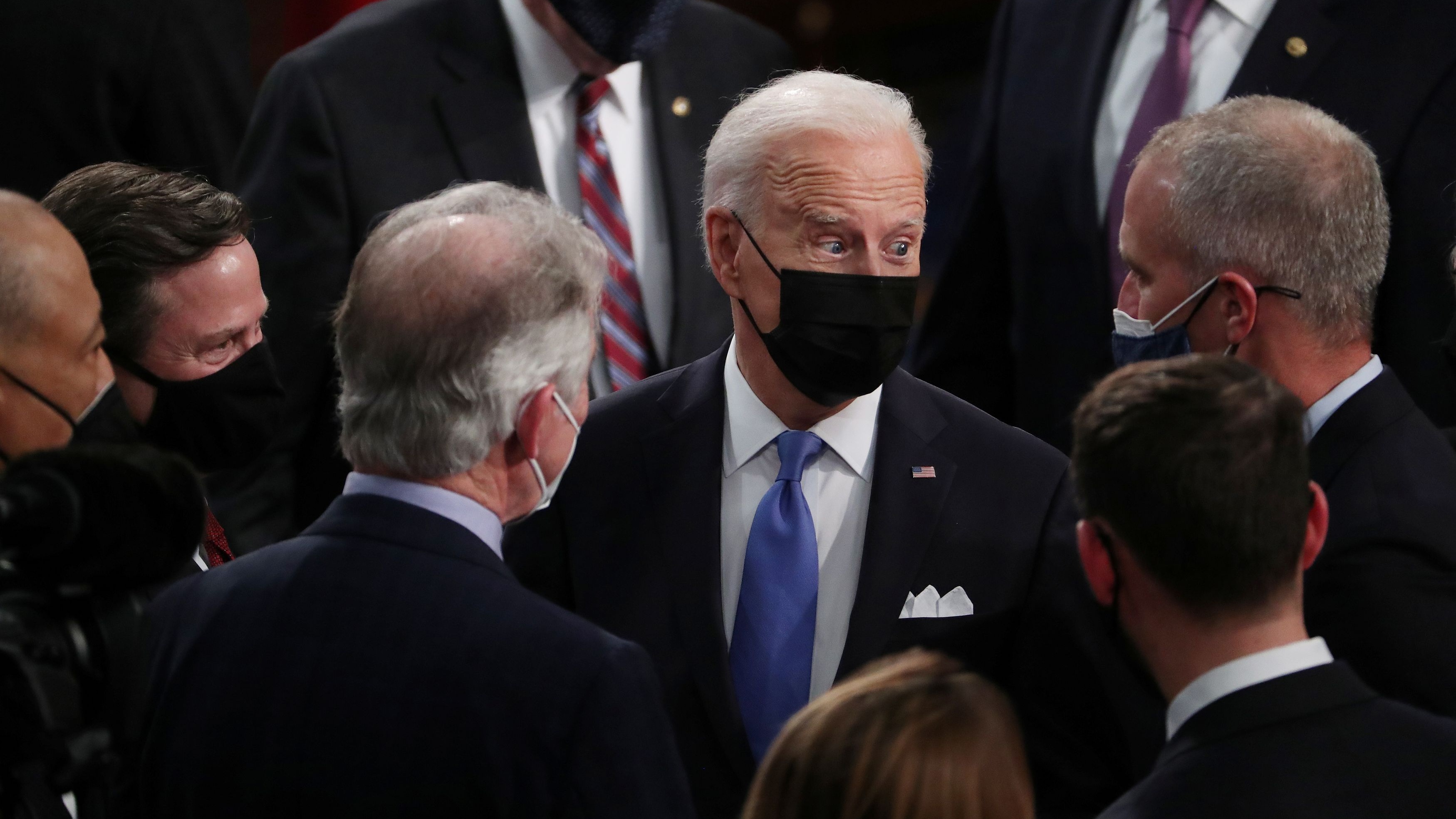 U.S. President Joe Biden is seen after he delivered his first address to a joint session of Congress in the House chamber of the U.S. Capitol in Washington, U.S., April 28, 2021. /Reuters

Judging a president's performance after 100 days in office is an American political tradition that historians say began with Franklin Roosevelt's first term in 1933.

"America is back" – that's been Biden's mantra after four years of tense diplomatic relations under the Trump administration, and here is a quick look at how he has worked towards this goal since the president took office.

Biden has proved to be unexpectedly tough on foreign policy regarding America's major challengers. He has imposed sanctions on Russia in response to Moscow's interference in the 2020 elections and a massive cyber hack attributed to Russia, and referred to Russian President Vladimir Putin as a "killer."

He has held on to Trump-era sanctions on Iran and refused to lift them as a condition for getting Tehran involved in direct negotiations over its nuclear program.

U.S.-China relations have gone through many ups and downs in the past short 100 days since Biden took office.

"We must prepare together for a long-term strategic competition with China," Biden said at the Munich Security Conference on February 20, first outlining his grand strategy on great power relations, and on April 29, he described China as "closing in fast."

This tone has marked the first 100 days of the Biden presidency, along with some signs of progress though.

Re-engage with allies and the world

"We will repair our alliances and engage with the world once again, not to meet yesterday's challenges, but today's and tomorrow's," said the president in February in his first key foreign policy speech.

His administration has taken several steps towards a re-engaging goal – including going back with a number of international organizations and pressing for multilateral cooperation on global issues, such as climate change, and its ongoing negotiations for a return to the Iran nuclear deal, which Trump unilaterally withdrew from in 2018.

The president also set aside concerns about infuriating NATO ally Turkey when he formally recognized that the 1915 massacre of Armenians in the Ottoman Empire constituted genocide.

And for its old ally Japan, Biden has only hosted one foreign leader at the White House so far - the Japanese prime minister.

On the Israeli-Palestinian conflict, the Biden administration has signaled perhaps the most openness to maintaining Trump-era policies.

It is worth mentioning that on April 13, Biden announced the U.S. would withdraw all remaining U.S. troops from Afghanistan by September 11, the 20-year anniversary of the 9/11 attacks that precipitated the American war in the country.

Biden's first foreign trip won't be until June, attending the G7 summit in a small British village before crossing the English channel for NATO talks in Brussels.