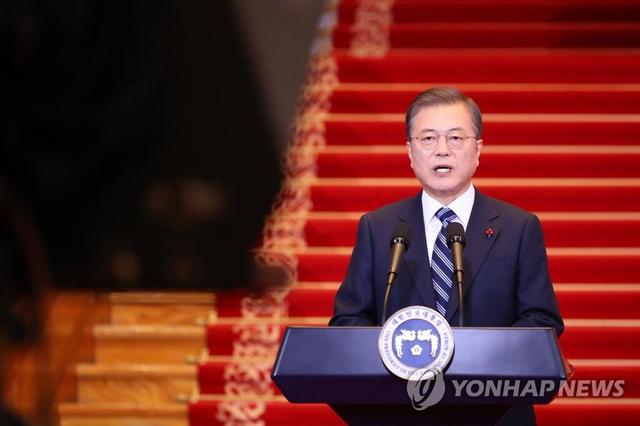 Below are the main points of Moon's New Year address:

It is very sorry that a bigger advance has not been made in inter-Korean cooperation for the past year. Both South Korea and the DPRK paid more attention to the DPRK-US dialogue.

Along with efforts to be made for the success of the DPRK-US dialogue, the need is more pressing than ever to enhance inter-Korean cooperation given that the deadlocked DPRK-US talks are worried to set back inter-Korean relations.

Moon suggests that South Korea and the DPRK do things first they can for preventing war, securing mutual safety and achieving co-prosperity.

The first proposal is the launch of cooperation in inter-Korean border regions.

The second is the co-hosting of the 2032 Summer Olympics, for which the two Koreas conveyed their intent to the International Olympic Committee (IOC).

The third is DPRK athletes' participation in South Korea-hosted sports events this year, including the first East Asian Weightlifting Championships, set to be held in Seoul from Feb. 26 to March 20, and the world table tennis championships slated to open in the southern port city of Busan on March 22.

The fourth is a joint effort to seek realistic measures for the reconnection of railways and roads across the inter-Korean border.

The fifth is a joint push for registering the Demilitarized Zone (DMZ) as a World Heritage site of the United Nations Educational, Scientific and Cultural Organization (UNESCO) to transform the DMZ into an international peace zone.

The sixth is a joint effort to resume the currently stalled inter-Korean economic cooperation projects, or the Kaesong Industrial Complex and the tours to the DPRK's scenic resort of Mount Kumgang.

The seventh is a joint effort to create conditions for top DPRK leader Kim Jong-un's reciprocal visit to South Korea as early as possible.