Democratic and Republican congressional leaders are expected to attend a briefing on border security at the White House as the government remains partially shut down and President Donald Trump asks in a tweet, "Let's make a deal?" 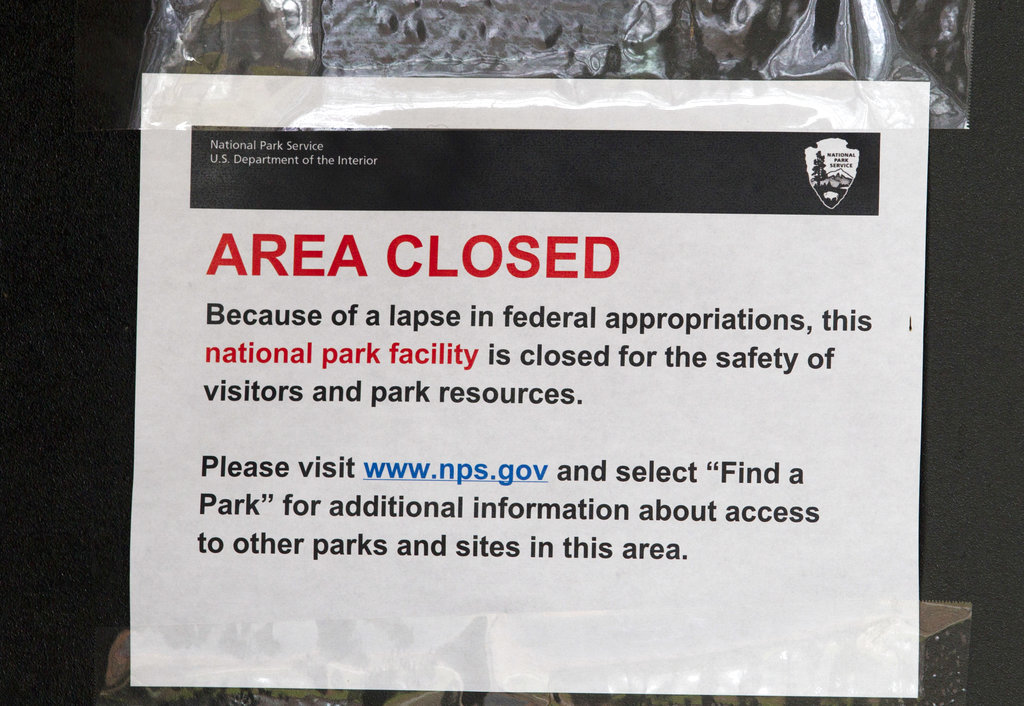 A closed sign is displayed on a door at the Lincoln Memorial in Washington, Tuesday, Jan. 1, 2019, as a partial government shutdown stretches into its third week. (Photo: AP)

The partial government shutdown began on Dec. 22. Funding for Trump's pet project, a wall along the U.S.-Mexico border, has been the sticking point in passing budgets for several government departments.

The briefing is scheduled for 3 p.m. EST Wednesday, the day before Democrats are to assume control of the House and end the Republican monopoly on government.

The exact agenda, however, was not immediately clear, according to a person with knowledge of the briefing who was not authorized to speak publicly about the issue and spoke to The Associated Press on condition of anonymity.

Senate Majority Leader Mitch McConnell and the top incoming House Republicans — Kevin McCarthy of California and Steve Scalise of Louisiana — planned to attend, according to aides. The departing House speaker, Paul Ryan, was not expected. 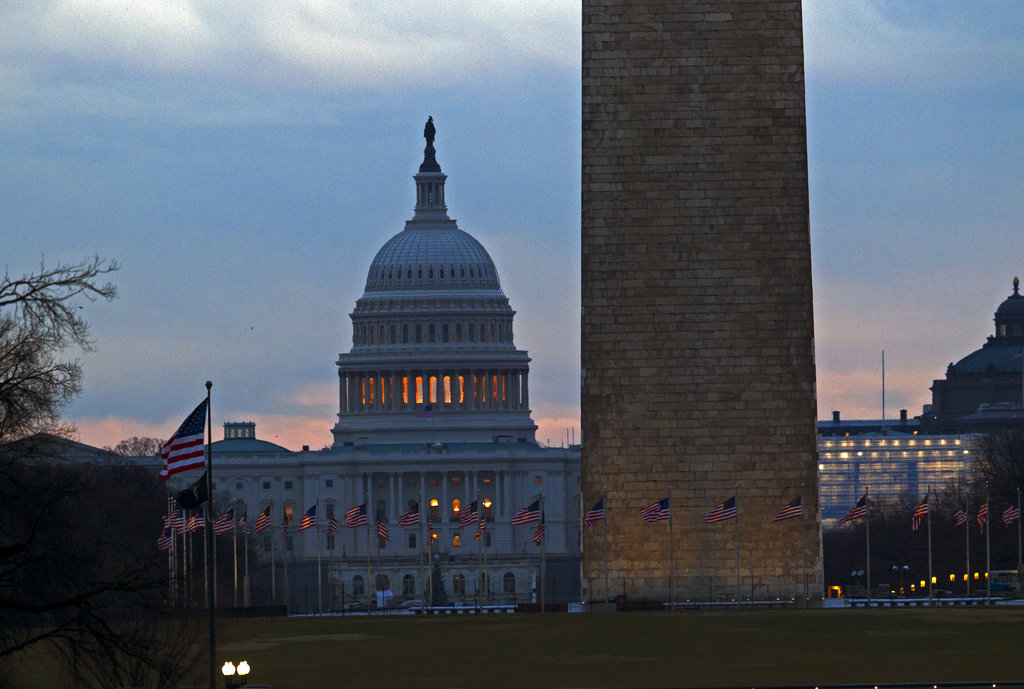 The U.S. Capitol is seen early in the morning in Washington, Tuesday, Jan. 1, 2019, as a partial government shutdown stretches into its third week.

"We are giving the Republicans the opportunity to take yes for an answer," she wrote in a letter to colleagues. "Senate Republicans have already supported this legislation, and if they reject it now, they will be fully complicit in chaos and destruction of the President's third shutdown of his term."

The White House invitation came Tuesday after House Democrats released their plan to re-open the government without approving money for a border wall — unveiling two bills to fund shuttered government agencies and put hundreds of thousands of federal workers back on the job. They planned to pass them as soon as the new Congress convenes Thursday.

Responding to the Democratic plan, White House press secretary Sarah Huckabee Sanders late Tuesday night called it a "non-starter" and said it won't re-open the government "because it fails to secure the border and puts the needs of other countries above the needs of our own citizens."

Trump spent the weekend saying Democrats should return to Washington to negotiate, firing off Twitter taunts. After aides suggested there would not necessarily be a traditional wall as Trump had described since his presidential campaign, Trump stated that he really still wanted to build a border wall.

Whether the Republican-led Senate would consider the Democratic bills — or if Trump would sign either into law — was unclear. McConnell spokesman Donald Stewart said Senate Republicans would not take action without Trump's backing. 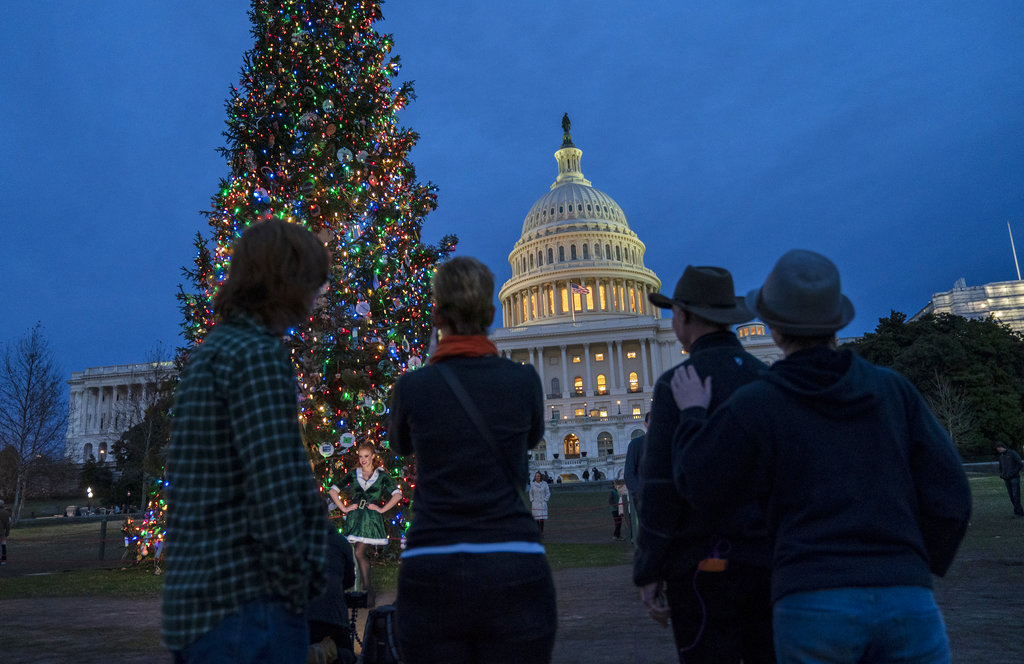 The Capitol is seen as New Year's Day comes to a close with the partial government shutdown in its second week, in Washington, Tuesday, Jan. 1, 2019.

Cover image: A closed sign is displayed at The National Archives entrance in Washington, Tuesday, Jan. 1, 2019, as a partial government shutdown stretches into its third week.