WASHINGTON, Oct. 12 (Xinhua) -- Former US Secretary of State Hillary Clinton's security clearance was revoked at her own request, according to a document released Friday under the authorization of the US Senate Judiciary Committee. 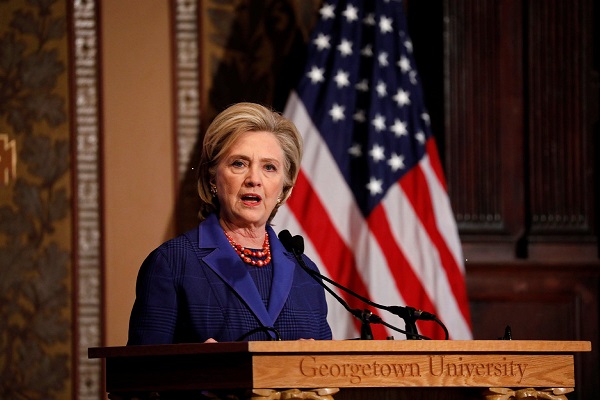 Hillary Clinton, former secretary of state of the US (File Photo: VCG)

The document, which was dated Sept. 21, was sent to the US Senate Judiciary Committee by the State Department of the United States, indicating that Clinton's clearance was revoked on Aug. 30.

Five of Clinton's aides including her Chief of Staff Cheryl Mills also had their clearances revoked, according to the document.

The document did not explain why Clinton voluntarily requested the withdrawal of her security clearance, but the action came just days after the Trump administration removed the security clearance of John Brennan, former director of the US Central Intelligence Agency.

Hillary Clinton was Donald Trump's Democratic opponent in the 2016 U.S. presidential elections. She remained a vocal critic of the Trump administration after losing the race.