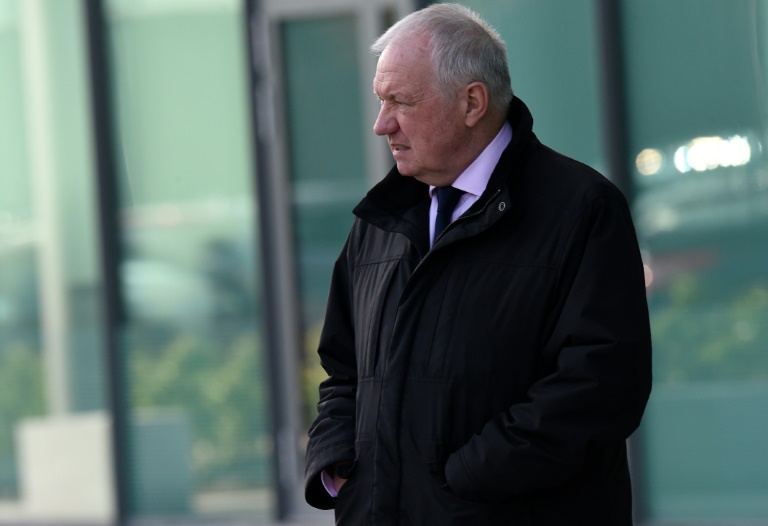 The police commander at the Hillsborough football stadium disaster will face trial on Monday over the deaths of 95 Liverpool supporters, 30 years on from the tragedy.

David Duckenfield was the match-day commander at the FA Cup semi-final between Liverpool and Nottingham Forest at Sheffield Wednesday's Hillsborough ground on April 15, 1989.

He is charged with 95 counts of gross negligence manslaughter following the fatal crush in the Leppings Lane end.

The trial takes place at Preston Crown Court in northwest England. The city is 25 miles (40 kilometres) from Liverpool.

Duckenfield has pleaded not guilty to all the counts.

There is no manslaughter charge over the death of a 96th casualty, Anthony Bland, as he died almost four years later, and under the law in 1989 his death is now "out of time" to be prosecuted.

Once a 12-strong jury has been selected, the prosecution can begin to set out its case against Duckenfield.

It is unknown how long the trial is expected to last.

Families of the Hillsborough victims fought a long campaign for events surrounding the disaster to be re-investigated.

"We will allege that David Duckenfield's failures to discharge his personal responsibility were extraordinarily bad and contributed substantially to the deaths," the CPS said at the time.

"It is not the function of the CPS to decide whether a person is guilty of a criminal offence, but to make fair, independent and objective assessments about whether it is appropriate to present charges for the criminal court to consider."

Former police officers Donald Denton and Alan Foster, plus retired lawyer Peter Metcalf, will go on trial in September, charged with doing acts intended to pervert the course of justice.

The final memorial at Liverpool's Anfield stadium for the 96 victims was held in 2016, 27 years to the day since the disaster took place.

Families of the deceased unanimously agreed the service would be the last public event at Anfield in memory of the supporters who died.