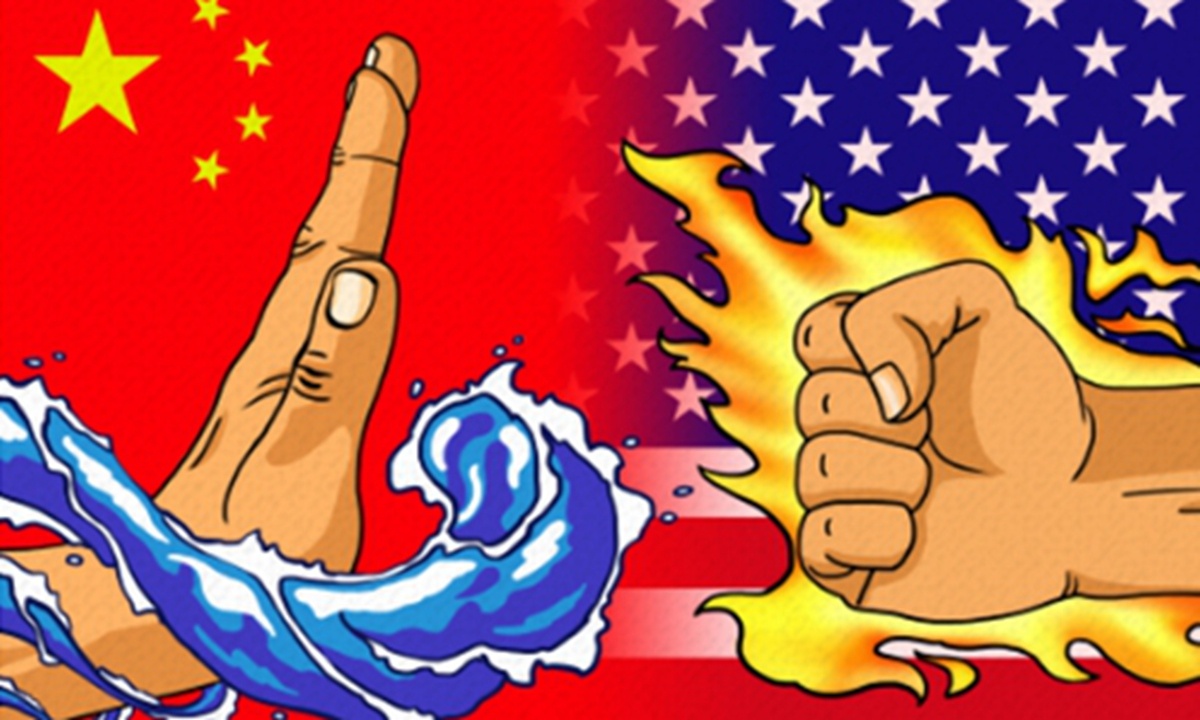 The US Department of State's Office of Policy Planning on Tuesday issued a report called "The Elements of the China Challenge." The paper, which is more than 70 pages long and has five parts, lays out 10 tasks for the US to accomplish in face of the "China challenge." The document requires the US to fashion "sturdy policies that stand above bureaucratic squabbles and inter-agency turf battles and transcend short-term election cycles." The US media outlet which first disclosed the report even compared it to an article published in 1947 by US diplomat George Kennan that had a profound influence on the US strategy to deal with the then Soviet Union.

There is no new wording in the report, which can be seen as a collection of malicious remarks from Secretary of State Mike Pompeo and other anti-China US politicians and senators. Right now, only a little more than 60 days are left for the current US administration. An official from the State Department explained that the report is not meant to constrain the next US administration. But the fact is the Department of State fears that the Biden administration will adjust US-China relations, and the release of the report is part of their efforts to consolidate the current extreme anti-China path.

But most Chinese scholars who have read the report believe it is an insult to Kennan by labeling the report as Kennen-style. Kennan, then US charge d'affaires in Moscow, sent an 8,000-word telegram to the Department of State detailing his views on the Soviet Union. At least, there was no special political motive in Kennan's report. But the latest report is trying to leave a legacy for the extreme anti-China policy adopted by the Trump administration and fawning on Pompeo, which is evil in essence.

The impulsive and capricious governing style of Donald Trump leaves room for politicians like Pompeo to give free play to their ambitions. The Department of State has become the governmental organ that has the most serious clashes with China, outperforming the CIA and the Department of Defense. Diplomats are supposed to be communicators, but Pompeo and his team have chilled the communication atmosphere with China. In the China direction, today's US Department of State can close its door.

Surrounded by such deep hostility and prejudice toward China and the wild ambition of the secretary of state, how could the Department of State's Office of Policy Planning make out anything objective about China? Their observation ability, cautious attitude toward research, and sense of responsibility for history have been severely squeezed. They are just currying favor from their seniors and manipulating extreme paths, pretending to be "thoughtful."

There must be some problems in the China policy adopted by the current US administration. The Cold War between the US and the Soviet Union and today's China-US relations are from different times. The Trump administration has resorted to the Cold War mind-set to deal with China. The situation in the US, and the US relations with its allies have already become awkward. How could the US stand the test of history? Pompeo and his team misunderstood what the Chinese really wants and what the world really wants from China-US relations - it boils down to a zero-sum mentality.

Chinese diplomatic and academic circles look down upon the Pompeo team. They lack professionalism, and act like a group of gangsters suddenly taking official positions. They not only have messed things up, but also hope to build their nonsense as legacy. Pompeo's choice of opportunists like Miles Yu as advisor in particular has increased Chinese people's doubts over the "amateurism" and "immorality" of the Pompeo team's China policy.

Most people in the world understand that China is not the Soviet Union. But the current US team, particularly the Department of State, don't. The US' China policy is very much like "drunk driving" internally while on the international stage it's like sailing against the current. The Soviet Union took the initiative to cut off ties with the US when suffering from US containment, while China has always been a defender of China-US relations. China's huge economic strength and resilience to promote mutual benefit and win-win cooperation has made it very difficult to fight a new cold war against China.

Pompeo's efforts to create a China-US confrontation run counter to the interests of the American people. He puts world peace in peril, but will not be followed by the whole US and the Western world. No report can make up for the US' China policy, nor will it leave any historic legacy. The document released by the US State Department's Office of Policy Planning will end up being pieces of wasted paper.