With each day that the coronavirus outbreak spreads and claims more lives, the damage to global airlines rises too. U.S. carriers on Monday put a price tag on their pain: They asked the federal government for more than $50 billion in rescue aid. 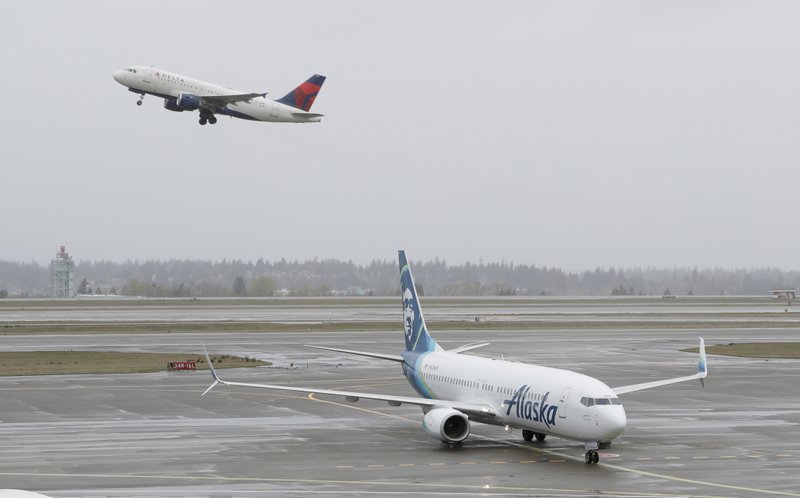 It is a staggering request for an industry that has chalked up tens of billions in profits over the past decade. It would far exceed the bailout that airlines got after the terror attacks of September 2001.

Airlines CEOs have been making the rounds in Washington and making phone calls to lobby for assistance in the last few days. Airlines for America, the trade group representing all the leading U.S. passenger and cargo airlines, finally provided some details about what the airlines want.

They are asking for $29 billion in federal grants: $25 billion for passenger airlines, $4 billion for cargo carriers. They also want up to $29 billion in zero-interest loans or loan guarantees, split the same way between passenger and cargo carriers. And they want federal excise taxes on fuel, cargo and airline tickets to be suspended through the end of next year and possibly longer.

That package would easily surpass the $5 billion in grants and up to $10 billion in loan guarantees that Congress approved after the terror attacks of September 2001, which temporarily grounded all U.S. flights and led to a long slump in domestic travel.

Without help, the carriers could run out of money in the second half of this year, according to their trade group.

President Donald Trump wasted little time in saying that his administration will support the industry, although he didn’t discuss dollars or say what an assistance package might look like.

“We are going to back the airlines 100%. It’s not their fault,” Trump said during a press conference in the White House. He added that airlines were “having a record season” before the virus outbreak.

On Capitol Hill, lawmakers are evaluating possible steps to help the airlines, including federal loans and tax relief, according to a Republican aide on the House Transportation Committee.

Meanwhile, airlines continued to outline drastic plans to slash flights, hunker down and wait for the outbreak to pass. They said travel demand is still falling. Nobody, it seems, wants to be cooped up in a plane, even a half-empty one, during a pandemic.

Things are so bad, Southwest Airlines said Monday, that for some days this spring cancellations are outnumbering new bookings. The airline gave this new phenomenon a name: net negative bookings.

Southwest expects revenue trends to get worse during the rest of March and the second quarter, and so it withdrew its 2020 financial forecast, said it will cut capacity 20% from mid-April through early June, and imposed a hiring freeze. The airline also said it completely drew down a new $1 billion credit facility as soon as the deal closed.

Starting Friday, Delta, American and United on successive days seemed to outdo each other in announcing deeper cuts in flying than they were contemplating just a few days earlier. They have grounded hundreds of planes, imposed hiring freezes and asked employees to consider voluntary unpaid leave.

Despite those measures, airline stocks have continued to nosedive, as investors join travelers in shunning the airlines.

U.S. airlines are coming off a decade marked by record profits. Since the start of 2014, Delta, United, American and Southwest have reported a combined, cumulative profit more than $70 billion. Critics say the airlines have spent too much on buying back their own stock, which keeps the share price higher, and could have done more to protect themselves from the current downturn.

Kevin Mitchell, who leads a group that represents business travelers, said airlines have opted not to buy pandemic insurance that has been available since 2018.

“Airlines use record profits to buy back shares but not to secure insurance for predictable virus crises,” Mitchell said. In his view, airlines should be required to carry such insurance before they get any help from taxpayers or airline customers, a consumer advocates should have a stronger role in advising the government on federal policy toward airlines.

Senator Edward Markey, D-Mass., said Congress should put conditions on aid to airlines. “Financial assistance may be needed for some of our most impacted industries,” he said, “but any infusion of money to the airlines must have some major strings attached,” including a ban on “unfair” fees for changing or canceling a ticket, and targets for reduce carbon emissions from airline planes.

Around the globe, airline bookings are plummeting and cancellations soaring as governments restrict travel and people fear being enclosed in an airplane for several hours during a pandemic that has already sickened about 170,000 people and killed more than 6,500.

Late Sunday night, United Airlines announced that it would slash 50% of its flying capacity in April and May and warned that the cuts could extend into the peak summer travel season. Even with thousands fewer flights every week, the airline expects its planes to be only 20% to 30% full at best, and March revenue will be down by $1.5 billion.

“The bad news is that it’s getting worse,” CEO Oscar Munoz and President Scott Kirby said in a letter to United’s roughly 96,000 workers. “We expect both the number of customers and revenue to decline sharply in the days and weeks ahead.”

American Airlines on Monday suspended about 75% of its long-haul international flights through at least May 6 and began grounding about 135 planes. It will cut passenger-carrying capacity in the U.S. by 20% in April and 30% in May.

Just a week ago, airline CEOs were confident they could manage through the outbreak. Their companies are stronger and more profitable than during the dark days after 9/11. Despite their stellar decade of the 2010s, however, the airlines haven’t been tested in a recession.

American’s CEO, Doug Parker, said last week that the coronavirus crisis will test the industry’s ability “to withstand the types of shock that we have never been able to withstand before.”

Kevin Freking in Washington contributed to this report.