WORLD Hitler in war, Merkel in peace: A train car for history

Hitler in war, Merkel in peace: A train car for history 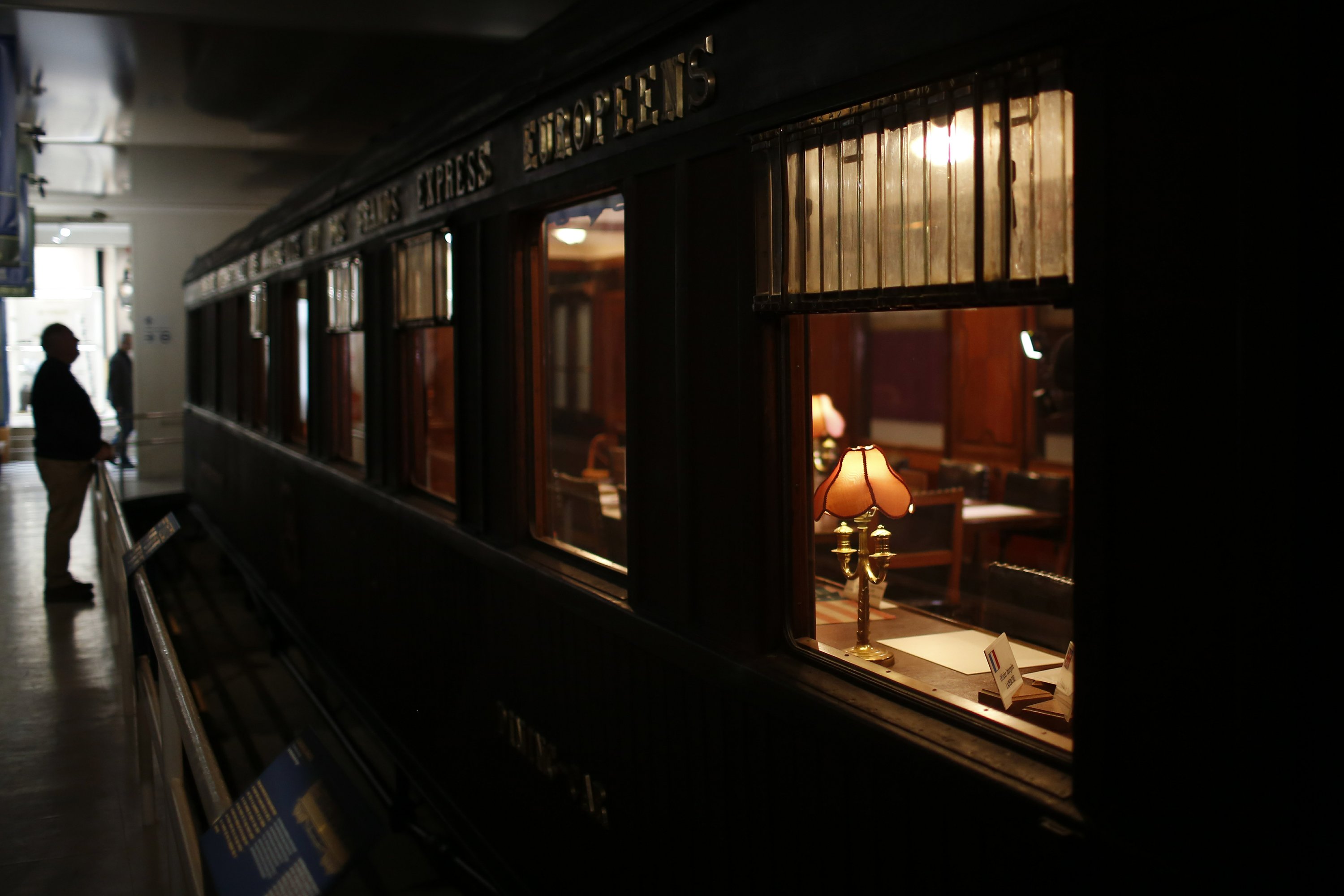 In this Oct. 19, 2018 photo, a visitor stands by the train carriage in which the armistice of the Nov. 11, 1918 was signed, in the forest of Compiegne, north of Paris. The French and German leaders this weekend will jointly visit the remains of the train carriage where the armistice ending World War I was signed on Nov. 11, 1918. For the French, the dining car became a shrine to peace. For Adolf Hitler, it was a symbol of the humiliation of surrender. The Nazi leader had it dragged to Germany after conquering France in World War II. (Photo: AP)

Adolf Hitler went in wartime for revenge. Angela Merkel plans a pilgrimage in the name of peace. Two German chancellors, with opposite aims and the same destination: a train car in a French forest.

Hitler tried literally to rewrite history in 1940 when the Nazi leader commandeered the dining coach to serve France the same humiliation Germany suffered there on the last day of World War I.

This time, Merkel will have the French president by her side as she visits what remains of the Wagon of Compiegne, the carriage-turned-office where the Allies and Germany signed the armistice on Nov. 11, 1918.

An unusual journey took Wagons-Lits Co. carriage 2419D from serving sauteed veal and boeuf bourguignon to passengers in the seaside town of Deauville to serving as a crucible for world peace while stopped in the middle of a forest in Compiegne.

Puzzled tourists often ask Bernard Letemps, the curator of the Armistice Museum, why the Allies signed the cease-fire agreement that ended the atrocities of the Western Front in that humble setting instead of a grand military building or a glittering palace.

At the time, the official headquarters in Senlis of the Allied commander, French Marshal Ferdinand Foch, would have been the expected place to sign a cease-fire.

But the town had endured a brutal German assault. Its inhabitants were taken hostage and its mayor shot in September 1914, before the first Battle of the Marne. How the bruised townspeople would react to the presence of a German delegation, even one coming with the goal of peace, was a serious concern.

“It was out of the question to receive the plenipotentiary Germans in (such a) town,” Letemps said.

A moveable train carriage in the nearby Compiegne forest was deemed ideal: The isolated location would deter intruders and the calm and secrecy offered a measure of respect to the defeated Germans.

As it happened, Foch had fitted out a mobile office just the month before — a dining car chosen at random from the French passenger train fleet. And so 2419D became known as the “Wagon of Compiegne.”

The Armistice was signed just after 5 a.m., but officials held out six hours to put it into effect out of a sense of poetry — the eleventh hour of the eleventh day of the eleventh month in 1918. That delay, rather unpoetically, cost lives on both sides at the end of a war that had already left 17 million dead.

“The train car represents the end of fighting. The end, when people found peace,” Letemps said.

He added, smiling: “It fulfilled its role of dining car before becoming famous.”

The Armistice Museum lays on the train tracks on the site of the signing in the middle of forest.

Foch was immortalized in statues ubiquitous across France and gave his name to one of the broad, leafy avenues radiating out from the Arc de Triomphe.

The same reception was not reserved for the losing side: One of the Germans to sign the document, Matthias Erzberger, was vilified for his role in the surrender. He was assassinated in 1921.

The story of dining car 2419D and Compiegne didn’t end with the war.

For throngs of French mourners in the post-war years, the dining car became a shrine to peace and catharsis.

The car was taken to Paris for display in the courtyard of the Invalides, the final resting place of Napoleon, before it went back to Compiegne in 1927 to sit in a specially-made memorial constructed on the site of today’s museum.