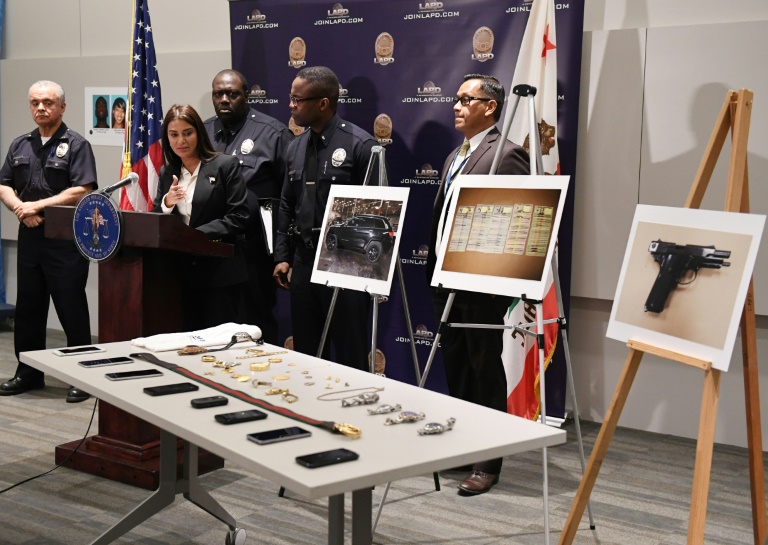 Authorities said they believe the suspects are part of a larger ring that specializes in breaking into the homes of athletes, actors and Hollywood film producers for theft.

The home of basketball star LeBron James appeared on a list of dwelling that was seized by police and appeared to name future targets for robbery.

The homes of actors Viola Davis and Matt Damon were also on the list.

"The victims' homes had been selected based on social media postings and touring or travel schedules of the owners. The burglars believed no one would be home and that the homes would contain sought-after valuables that they might be interested in," she added.

Police who made the arrests seized purses and wallets, watches, jewelry and a gun.

Over the past two years the homes of celebrities such as Alanis Morissette, Nicki Minaj and Emmy Rossum have also been burglarized.