WORLD Homeless activists outside Notre Dame demand ‘a roof too’

Homeless activists outside Notre Dame demand ‘a roof too’ 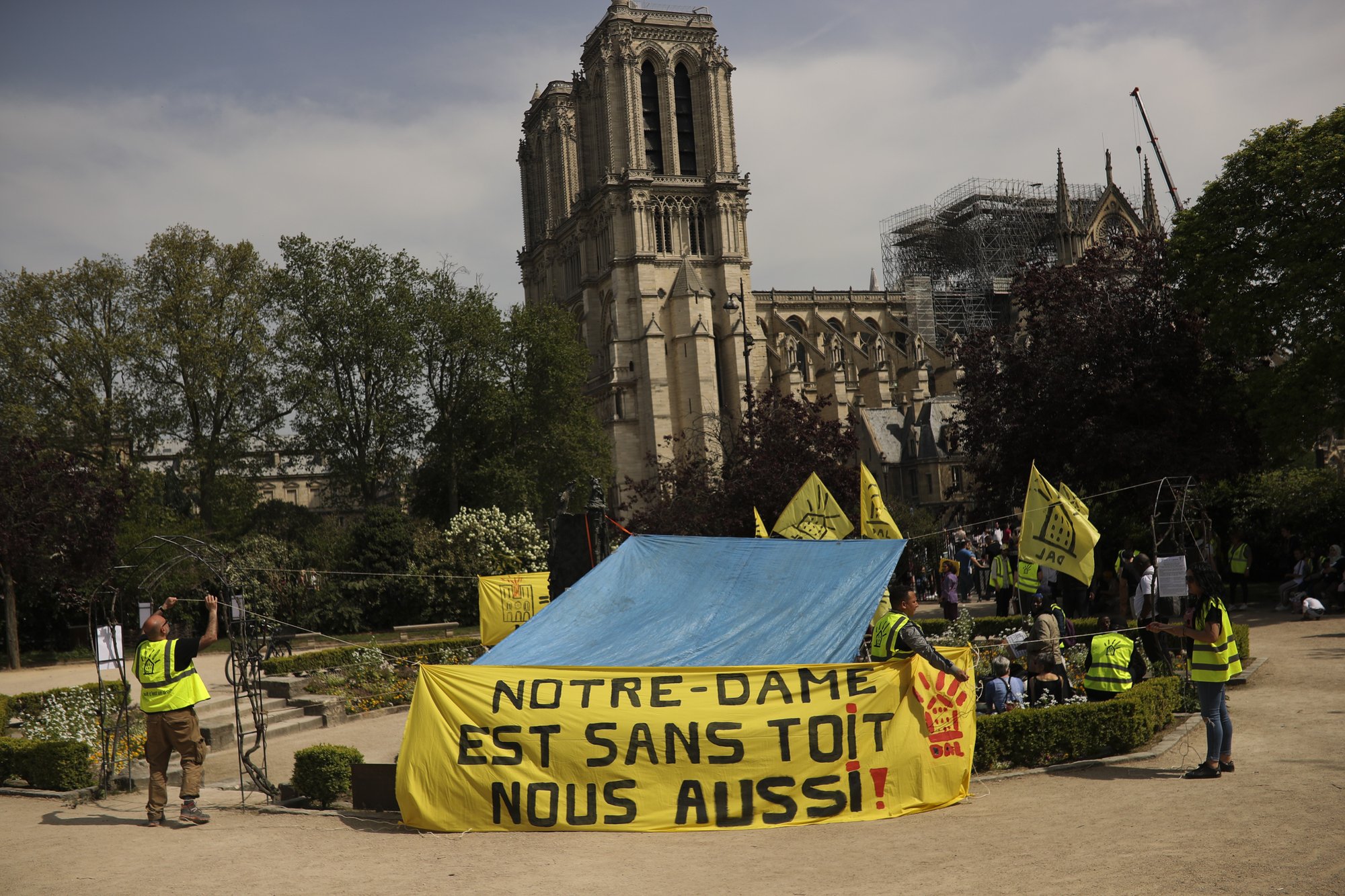 People fix a banner that reads in French: "Notre-Dame is roofless, we too!" during a protest in front of the Notre Dame cathedral in Paris, April 22, 2019. (Photo: AP)

Dozens of public housing advocates protested outside the gutted Notre Dame in Paris Monday to demand that France’s poorest be remembered after donors pledged $1 billion to rebuild the cathedral and its destroyed roof.

Around 50 people from a French homeless association gathered with placards reading “1 billion in 24 hours.” They chanted slogans directed at Bernard Arnault, the CEO of luxury group LVMH, who last week pledged 200 million euros ($226 million). Some chanted “Notre Dame needs a roof, we need a roof too!”

“We are here ... to somewhat denounce these billionaires who show off by funding Notre Dame’s rebuilding,” Jean-Baptiste Eyraut, the spokesman for the Right To Housing association, told The Associated Press.

Paris police monitored the peaceful protest on the central Paris island on which Notre Dame is located but didn’t intervene, and the protest dispersed after several hours.

In addition to Arnault’s pledge, another billionaire, Francois Pinault, and his son pledged 100 million euros for the reconstruction effort from their holding company Artemis, which owns the Christie’s auction house and is the main shareholder in Gucci.

After Easter Mass on Sunday, Paris Archbishop Michel Aupetit said authorities ought to “rethink the whole island and make a place for the poor.”

He added: “The poor and the homeless are at home here (in Notre Dame)... They can always go and get warm in a church and they know they won’t be kicked out.”