Honduras murder rate fell by more than 25 percent in 2017 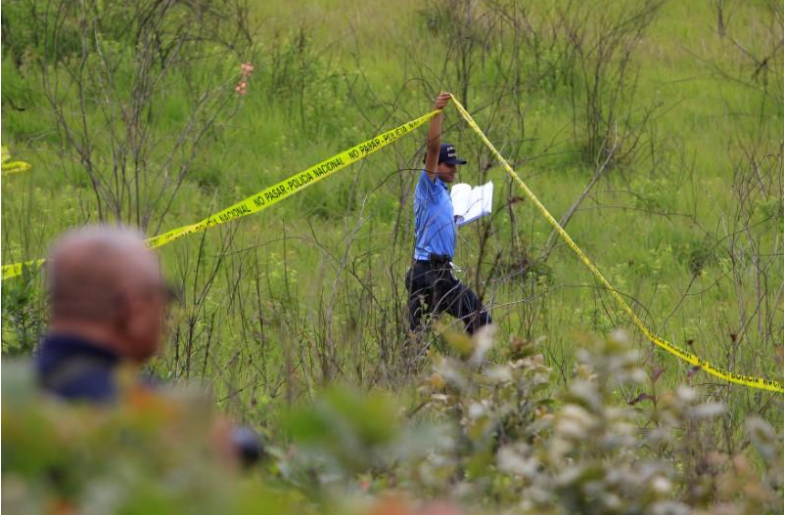 A police officer cordons off a clandestine cemetery that was recently discovered in El Lolo neighbourhood, on the outskirts of Tegucigalpa, Honduras, July 21, 2017. Photo: REUTERS/Jorge Cabrera

Honduras’ murder rate fell by more than a quarter in 2017 to 42.8 killings per 100,000 people, the security ministry said on Tuesday, attributing the decline to a government onslaught against drug traffickers and gangs.

The Central American country, which has been engulfed in a political crisis since a disputed Nov. 26 presidential election, had a 2016 murder rate of 59.1 killings per 100,000 people.

“We’ve registered a dramatic fall in the murder rate in this country due to the coordinated attack between the national police and military forces on drug smugglers and gangs,” police investigations chief Romel Martinez said at a press conference.

Honduras’ murder rate has been falling steadily in recent years, after hitting 85.5 murders per 100,000 people in 2011. Nonetheless, Honduras remains one of the world’s deadliest peacetime nations.

In recent weeks, the small coffee-exporting country has been convulsed by protests in which at least 31 people have died. The opposition says the election was stolen by President Juan Orlando Hernandez, a US ally on tackling migration and drugs.

Late last month, the United States backed the re-election of Hernandez despite widespread misgivings about the vote count, prompting the opposition candidate to describe his bid for the presidency as a “lost cause.”