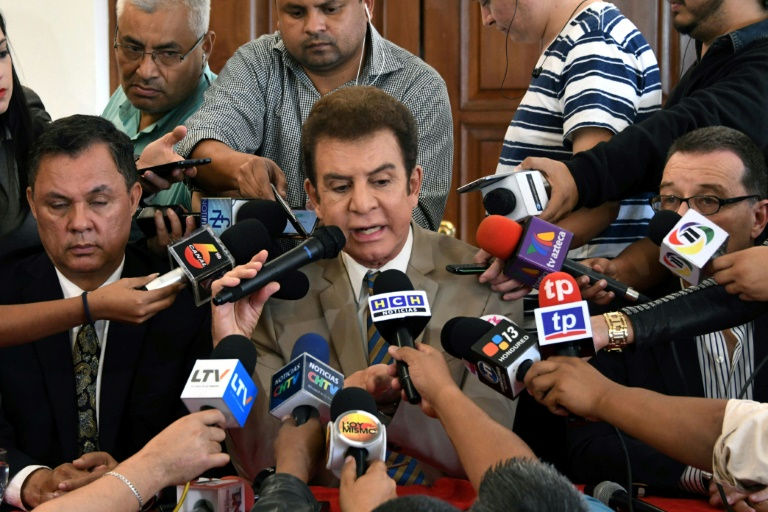 Salvador Nasralla, Honduras' leftist presidential candidate who had bitterly disputed the results of last month's election, admitted on Friday that he had been defeated.

His announcement came after the United States recognized the re-election victory of his opponent, President Juan Orlando Hernandez.

"With the decision by Washington, I am no longer in the running," Nasralla told the HCH television station.

The US State Department had earlier congratulated Hernandez, 49, on his re-election, with the proviso that all "irregularities" in the vote be fully investigated.

Washington is Honduras' main aid donor and largest trading partner and US diplomats have been following events nervously since the November 26 election.

Vote counting took more than a week, with mysterious breaks in the process, triggering accusations by the leftist opposition alliance that Hernandez only won through fraud.

Violent protests erupted across the country, in which Amnesty International said at least 14 people had been killed.

According to the official results, Hernandez beat Nasralla by 1.5 percentage points.

Nasralla said Hernandez's win was "imposed on us by them," a reference to the United States.

"They are very afraid of left-wing governments," Nasralla said.