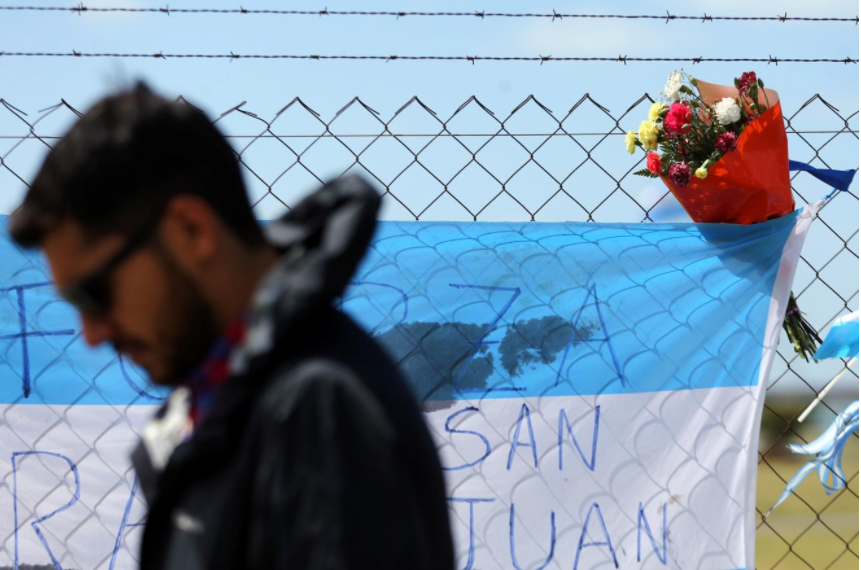 A friend of Alejandro Damian Tagliapietra, one of the 44 crew members of the missing at sea ARA San Juan submarine, walks by a bouquet of flowers placed on a fence at an Argentine naval base in Mar del Plata, Argentina November 24, 2017. REUTERS/Marcos Brindicci

Families of the 44 crew members of a missing Argentine submarine gave up hope and went home on Friday after a days-long wait at the sub’s Mar del Plata naval base, saddened and angered by evidence that the vessel may have exploded.

The submarine went missing nine days earlier with only a one-week supply of oxygen onboard.

President Mauricio Macri called a news conference to say the search would continue and that he expected the submarine to be located over the days ahead.

He and the navy declined to comment directly on the wide-held fear that the crew had died.

“Until we find the submarine and know the facts, we cannot venture to say anything more one way or the other to the families,” navy spokesman Enrique Balbi said.

“The search is very difficult,” he said.

Relatives of the crew had arrived at Mar de Plata on Monday, filled with an optimism that had all but disappeared by Friday.

“At this point, the truth is I have no hope that they will come back,” Maria Villareal, mother of one crew member, told local television on Friday morning.

Others said they would remain at Mar del Plata.

“I‘m at the base and I‘m going to stay until they find the submarine,” Silvina Krawczyk, sister of the sub’s only female officer, Eliana Maria Krawczyk, told Reuters through the WhatsApp messaging application. 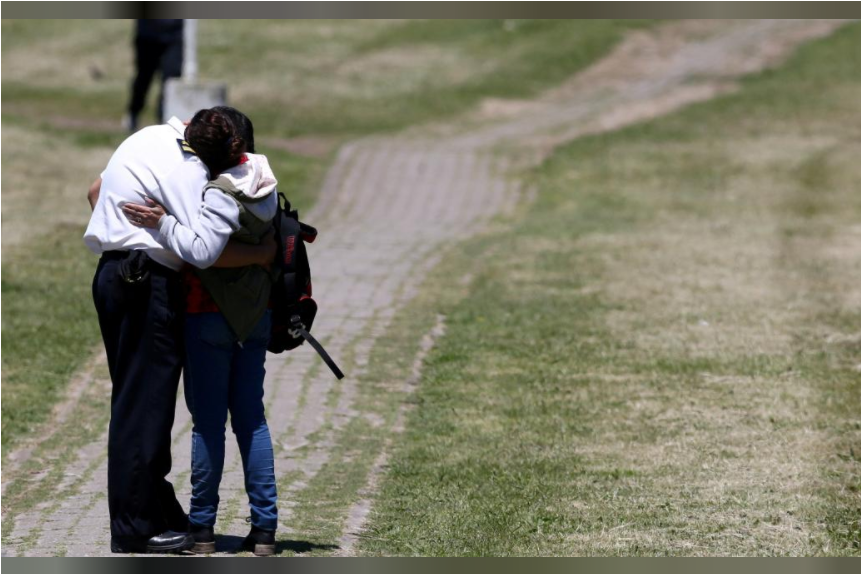 Members of the Navy and relatives of the 44 crew members of the missing at sea ARA San Juan submarine react at an Argentine naval base in Mar del Plata, Argentina November 23, 2017. REUTERS/Marcos Brindicci

Around 30 boats and planes and 4,000 people from Argentina, the United States, Britain, Chile and Brazil have joined the search for the submarine, which last transmitted its location about 480 km (300 miles) from the coast.

Some family members accused the navy of putting their loved ones at unnecessary risk by sending them out in a more than 30-year-old vessel that they suspected was not properly maintained, an accusation the navy has denied.

“They killed my brother!” a man leaving the base in a car shouted out to reporters. The older man driving the car was crying.

A sound detected underwater on the morning of Nov. 15, around the time the San Juan sent its last signal and in the same area, was “consistent with an explosion,” navy spokesman Balbi said on Thursday.

The information about the possible explosion came from the Comprehensive Nuclear Test-Ban Treaty Organization, an international body that runs a global network of listening posts designed to check for secret atomic blasts.

“This means understanding how a submarine that had received midlife maintenance and was in perfect condition to navigate apparently suffered this explosion,” he said.

The submarine, called the San Juan, was launched in 1983 and underwent maintenance in 2008 in Argentina. Crew members’ families have expressed outrage at the dwindling resources and training available to the Argentine military.

The budget for the armed forces has gradually declined since the end of a military dictatorship in the 1980s, long before Macri’s 2015 election. He has received generally favorable coverage from major Argentine news media as he pushes business-friendly reforms.