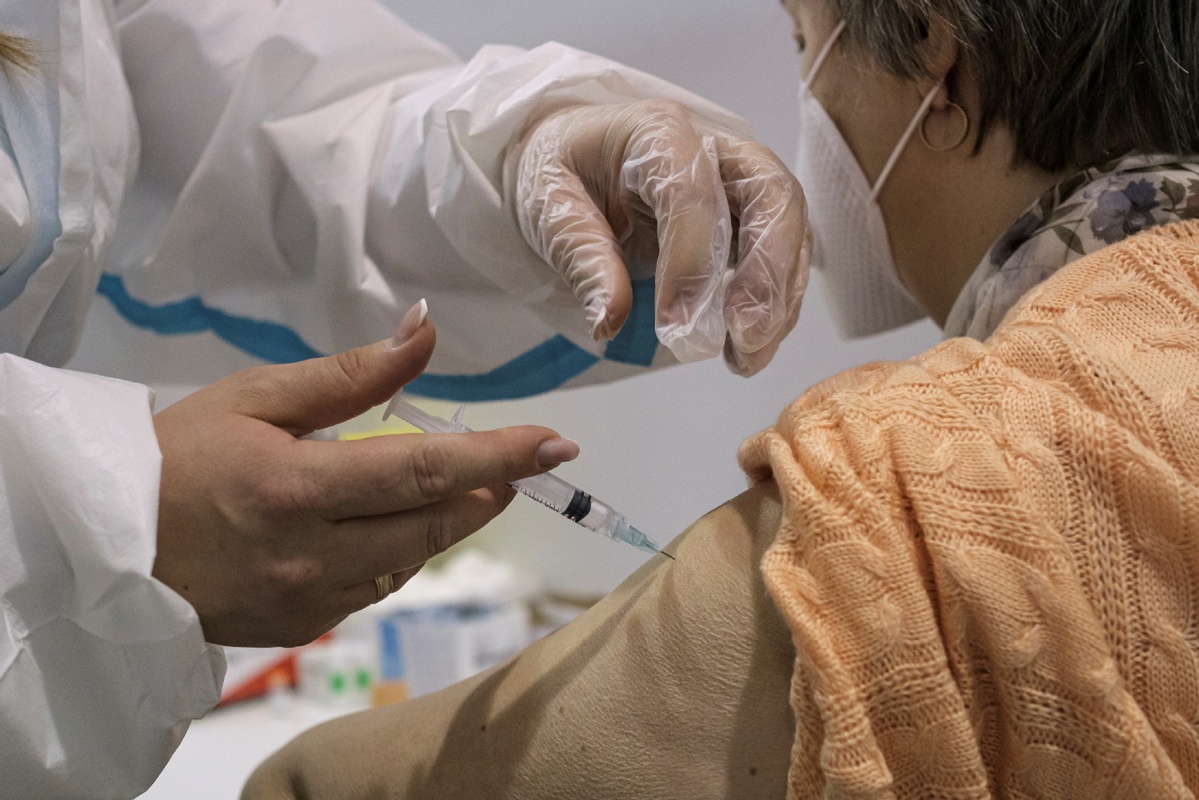 A woman receives a dose of the Chinese Sinopharm vaccine as the country begins mass vaccination for the coronavirus disease (COVID-19), in Belgrade, Serbia, Jan 21, 2021. (Photo:Agencies)

Governments and airlines worldwide may soon require a so-called vaccine passport that proves a person has been given a COVID-19 vaccination before being allowed to fly or get access to essential services.

The US government is looking at such a proposal after President Joe Biden recently signed an executive order asking government agencies if it is possible to link a coronavirus vaccine certificate to a digital database.

It isn't just governments and airlines that are interested in implementing such a type of program. So are cruise ships, travel companies, sponsors of live events and many others.

Privacy advocates, however, fear that giving airlines or governments details about a person's health could breach an individual's privacy. They also fear it will penalize people in countries without widespread access to vaccinations.

Privacy International, a British-based group that defends people's privacy from companies and governments, has warned: "Until everyone has access to an effective vaccine, any system requiring a (vaccine) passport for entry or service will be unfair."

Nevertheless, various forms of a digital vaccination record or some other types of proof that a person has been vaccinated are either being used or are underway.

Denmark plans to devise a scheme using a digital passport to show that a person has received a vaccine.

Etihad Airways and Emirates will soon start using a digital travel pass app that was developed by the International Air Transport Association, or IATA, to show a traveler has been vaccinated, according to The New York Times.

Nick Careen, IATA's senior vice-president for its airport, passenger, cargo and security division, said in a statement: "This is the first step in making international travel during the pandemic as convenient as possible, giving people the confidence that they are meeting all COVID-19 entry requirements by governments."

Most governments would like to see a universal approach to a digital passport, as many countries want to see a negative test before a person is cleared for entry.

But several companies in a host of different countries are developing their own vaccine passports.

In the US, computer firm IBM is developing a digital health pass that would show if a person has been vaccinated in order to gain access to a workplace and other venues.

A coalition of health and technology firms has launched the "Vaccination Credential Initiative" to show proof of vaccinations.

A digital pass dubbed Common-Pass is under joint development by the World Economic Forum, the Commons Project, the Rockefeller Foundation and 350 public-and private-sector leaders from 52 countries.

Companies staging events, shows and plays may soon demand to see a negative test before allowing people to attend. Ticketmaster, which sells tickets to live events, is considering linking a purchaser's ticket to their digital vaccine records.

In New York, the hard-hit theater district of Broadway could soon reopen with smaller audiences and requirements that everyone in attendance provide a negative COVID-19 test.

But as the need grows, scammers are already finding a way around it. The European Union said it has reported seeing more fake negative tests.