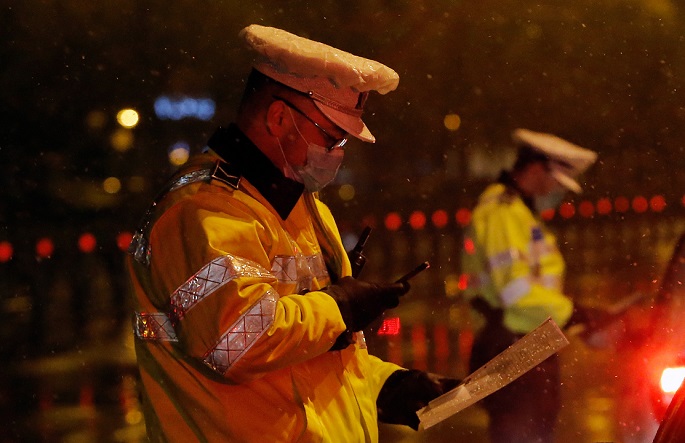 "Eight patients died as a result of the fire, and the other two later in the Emergency Department, due to respiratory failure," explained the minister, who visited the hospital in Piatra Neamt, about 350 km from the capital Bucharest, soon after the incident.

Irina Popa, spokesperson of the local Inspectorate for Emergency Situations, told local media after the fire was extinguished that 16 patients were in the two COVID-19 emergency wards when the fire broke out.

"Seven people are in critical condition, including the doctor on duty," said the spokesperson.

The rescued patients are being sent to two hospitals in neighboring Iasi County for treatment, according to the local authorities.

This is the hospital fire that has caused the most casualties in the country in recent years. The last major hospital fire occurred in August 2010 when six babies were killed and several others severely injured at the Giulesti maternity hospital in Bucharest.

It is not yet known where the fire started, but no doubt the flames were amplified by the existing oxygen facilities in the ICU, Lucian Micu, the hospital director, was quoted by local media as saying.

This accident is undoubtedly a blow to Romanian medical institutions, which have been overwhelmed by the spread of the pandemic.

Romania has imposed a 30-day curfew from Monday. The latest statistics on Saturday showed that COVID-19 caseload in the country reached 353,185 and the death toll surged to 8,813.