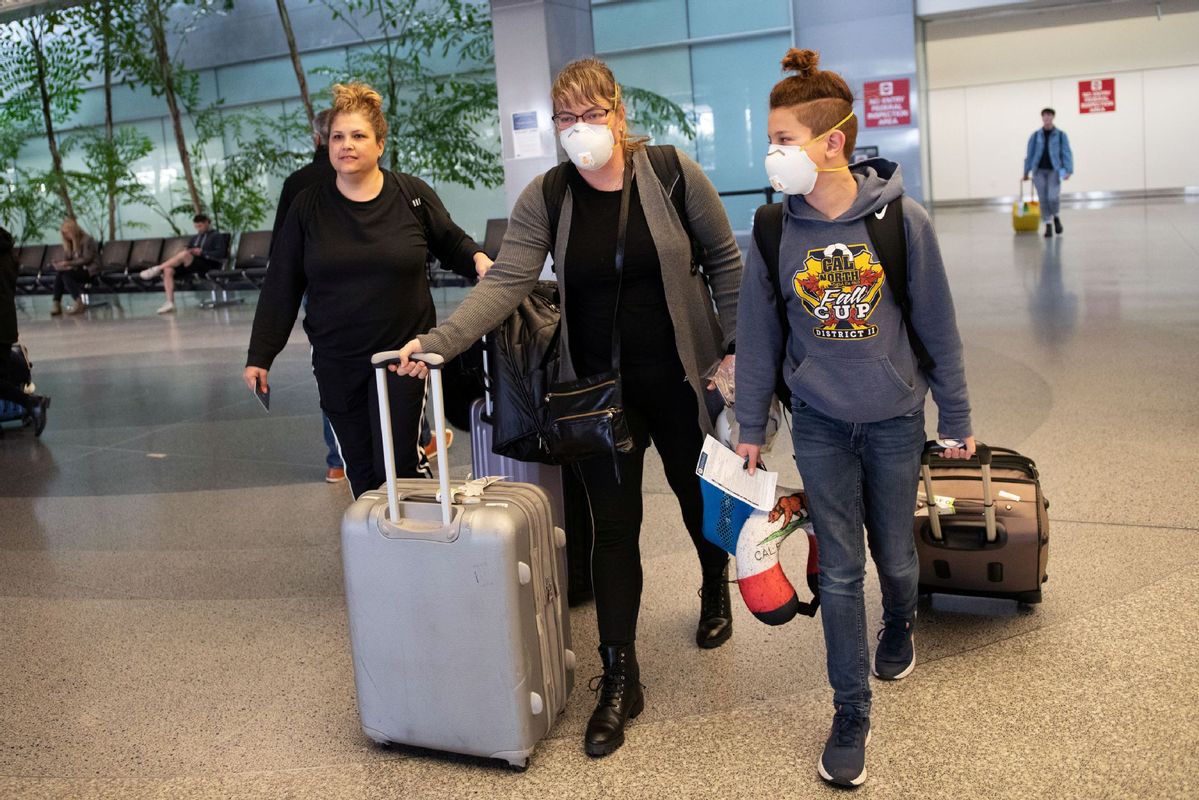 From major cities to rural communities, US hospitals are preparing for a surge of coronavirus patients that many may not be able to handle, according to health officials.

The Centers for Disease Control and Prevention (CDC) has said 2.4 million to 21 million people across the country could require hospitalization.

The World Health Organization (WHO) said there are fewer hospital beds per capita in the US than in most other nations, including Italy and China, where the coronavirus originated with devastating consequences.

"This is where Italy got into trouble," New York Governor Mario Cuomo said last week. "They didn't have enough ICU (intensive care unit) beds to handle the number of patients who needed intensive care. That is going to be a problem in this state and in this country. That's something that we have to watch very, very carefully."

New York state has approximately 3,000 intensive care unit beds, about 80 percent of which are occupied, he said.

On Sunday, Cuomo asked President Donald Trump to allow the Army Corps of Engineers to help states more quickly combat the spread of the coronavirus and expand the capacity of hospitals.

Cuomo wrote in an op-ed article in The New York Times that the corps could "leverage its expertise, equipment and people power to retrofit and equip existing facilities — like military bases or college dormitories — to serve as temporary medical centers".

As of Saturday night, New York state had 613 confirmed coronavirus cases, officials said. Two people have died: an 82-year-old woman in Brooklyn on Friday and a 65-year-old man from Rockland County on Thursday.

The most cases in the state are in New York City, where 269 people have tested positive, according to the governor.

There were 178 confirmed cases in Westchester County, just north of New York City.

Cuomo said on Saturday that increases in the number of cases reflected the state's ability to test people rather than the outbreak's severity.

He also said, however, that he expected thousands of additional cases statewide as the virus continues to spread. "The infection rate will be massive," he said.

New York City Mayor Bill de Blasio has predicted that there could be 1,000 cases in the city by next week, and some doctors are expecting many more.

In New York City, New York-Presbyterian Hospital said it would postpone all elective procedures and surgeries until further notice so that it could "concentrate on the adequacy of our equipment and supplies during this challenging period''.

"We are not prepared to deal with a rapid and severe surge of patients — we're just not," said Dr Christopher M. Tedeschi, a longtime emergency physician and assistant professor at the Columbia University Medical Center. "We're sort of planning for what's going on right now, and we're trying to make up for lost time, but I'm not sure we're planning for a month from now, or even two weeks from now."

Hospitals across the nation also could be pressed to provide sufficient numbers of doctors, nurses and ventilators.

Ventilators can be a matter of life or death for a respiratory disease such as COVID-19, because they allow patients with the virus to breathe when they can't do so on their own.

US hospitals have a total of 160,000 ventilators — 62,000 full-featured ventilators, and 98,000 more basic ones that can be used in an emergency, according to a 2020 study by Johns Hopkins University, with at least an additional 8,900 in the national stockpile.

"I believe that if we have a major outbreak, we are definitely vulnerable to shortages," Dr Anthony Fauci, head of the National Institute of Allergy and Infectious Diseases, told a House panel last week, referring to ventilators.

Hospitals also could face staffing shortages if healthcare workers contract the virus and must stay home with children because of school cancellations.

The Greater New York Hospital Association said it was in talks with a large union about hiring retirees to help with day care for the children of hospital workers.

Cuomo announced Saturday that the state is calling up retired and former doctors and nurses and expediting their recertification.

There are about 53,000 hospital beds in New York state, according to the American Hospital Association. About 20,000 of the beds are in the city, according to de Blasio.

In San Francisco, city health officials have leased recreational vehicles for those who have tested positive for coronavirus but do not need to be hospitalized. They are putting them in Presidio, a park and former fort in the northern part of the city.

Officials also are looking for other quarantine housing, including unoccupied residential properties and vacant hotels, according to Grant Colfax, San Francisco's director of health.

In the nation's capital, MedStar Washington Hospital Center, the largest medical center in the area, reportedly is preparing its "ready room" — a 2,500-square-foot, all-hazards-ready space built after the Sept 11 attacks for mass casualty events — to use in the event of a surge of coronavirus patients, according to The Washington Post.

Craig DeAtley, director of emergency management, told the newspaper that doctors are planning to expedite discharge for non-coronavirus patients who could safely be discharged a day early and to convert several parts of the hospital into dedicated coronavirus areas.

"We are absolutely in a race," Jenna Mandel-Ricci, vice-president for regulatory and professional affairs at the Greater New York Hospital Association, told the Post.

In Grangeville, Idaho, population 3,000, Syringa Hospital has beds, an emergency room and a clinic. As is common in rural medicine, the chief medical officer, Dr Matthew Told, is also a family practice obstetrician and on a recent evening, the on-call emergency room doctor.

There is no intensive care unit, so standard protocol at the hospital is to transfer a patient to a large regional hospital in western Montana or Spokane, Washington.

"The biggest challenge is living so close to a state where there are so many cases, such as Washington, and having that really just across the border," Told said.