WORLD Hostage situation in Rio ends with no casualties

Hostage situation in Rio ends with no casualties 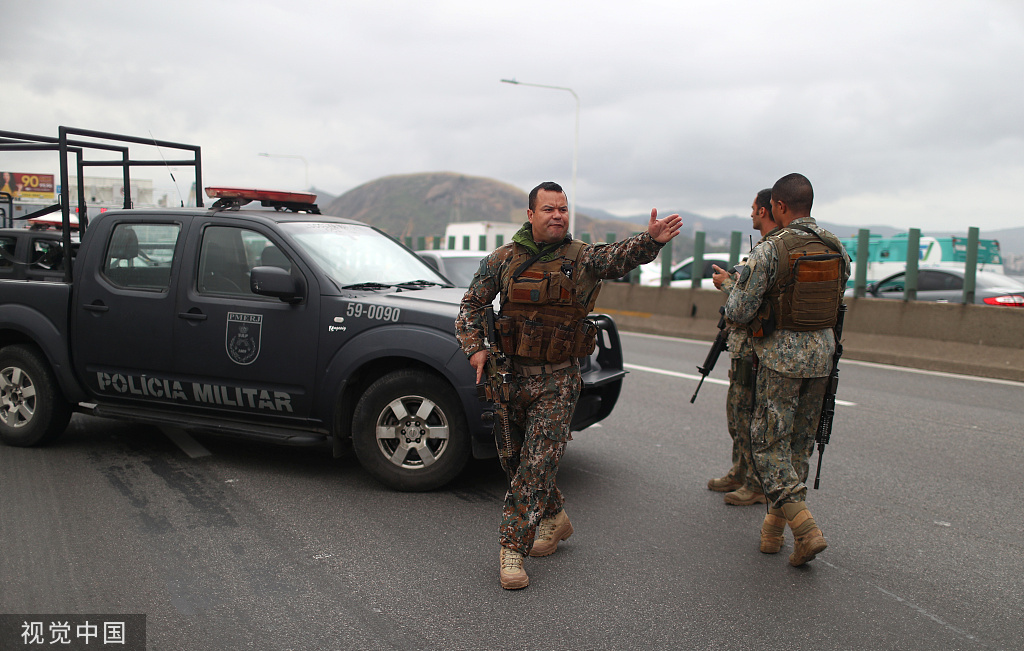 A man armed with a machete and gasoline took more than five people hostage at a bar in central Rio, according to local media.

The man was identified as a beverage seller who lived near the bar.

Local media reported that the suspect had quarrels with the owner of the bar.

Military and special police forces continued to negotiate with the suspect in a bid to release the hostages.

On Friday afternoon, the man gradually released the hostages, but two people still remained hostage in the evening.

All hostages were released after the eight-hour standoff.

In August, an armed man took dozens of hostages on a bus in Rio and threatened to set the vehicle on fire with gasoline before police shot him dead in the four-hour impasse.