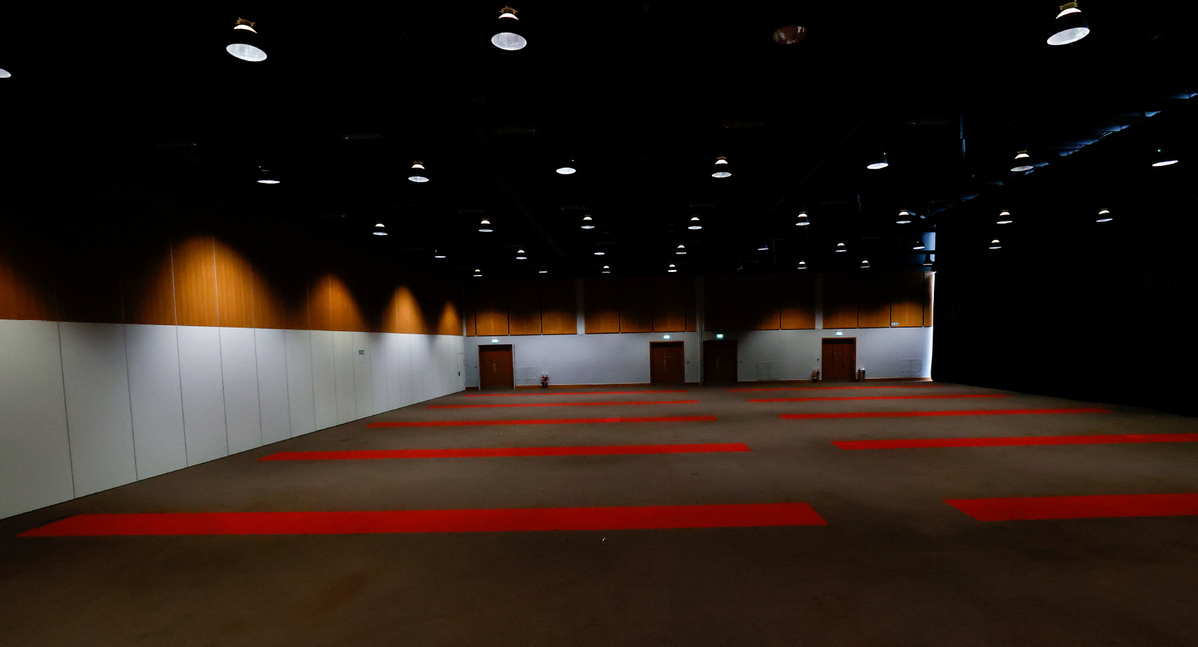 FILE PHOTO: Telford International Centre, an events venue in central England, is pictured largely empty, as it has been since late March after the coronavirus disease (COVID-19) outbreak rules barred conferences and other gatherings, in Telford, Britain, October 12, 2020. (Photo: Agencies)

Anyone arriving from the list of high-risk destinations, which includes Brazil and South Africa, must now enter England through a designated port and have pre-booked to stay at a government-managed quarantine facility.

It means arrivals, including all British and Irish citizens and UK residents, must pay 1,750 pounds ($2,400) to spend 10 days quarantined in a hotel room in a bid to stop new variants of the novel coronavirus entering the country.

Those travelers arriving from countries not on the red list must still quarantine for 10 days at home and take two compulsory COVID-19 tests on the second and eighth day after arriving.

In Scotland, the hotel quarantine rules cover arrivals by air from all countries, not only those on the red list.

Arrivals from red-list countries in Wales and Northern Ireland must book and pay for quarantine in England, as neither has direct international flights.

"As of 6:30, when I got my latest update, this is working smoothly, we've been working with the airports and with the border force to make sure everybody knows the process," Hancock told Times Radio. "It does appear to be going smoothly this morning."

Fines will be used to enforce the hotel quarantine, while there is a threat of prison time for anyone who lies on their passenger locator form about where they have visited.

Quoted earlier by Sky News and others, the health secretary said the new measures were "important to protect our vaccination program".

He said: "As this deadly virus evolves, so must our defenses. We have already taken tough action to limit the spread, protect people and save lives. With the emergence of new variants, we must go further. The rules coming into force today will bolster the quarantine system and provide another layer of security against new variants at the border."

The government has arranged deals with 16 hotel companies "so far", providing nearly 5,000 rooms. The Department of Health and Social Care said a further 58,000 rooms are on standby.

Meanwhile, Prime Minister Boris Johnson has said the novel coronavirus vaccine rollout in England has entered "a new phase", and that the most in vulnerable groups had been offered a vaccination.

More than 15 million people in the UK have now had their first dose, which is nearly a quarter of the UK population.

Johnson said the country had "met its target of vaccinating the top four priority groups", the BBC reported. He hailed the vaccine rollout as an "extraordinary feat" and said the country can go into the next stage "with great confidence".

Ministers are now under pressure to outline how they will ease restrictions and Johnson is expected to set out his "roadmap" out of lockdown on Feb 22. The prime minister said his roadmap would include dates "by which we hope we can do something at the earliest".

However, Hancock warned on Monday that the death toll and hospital admission numbers are still too high to risk a relaxation of measures. Though cases are coming down, the UK is still seeing around 11,000 new infections daily, and it recorded 621 further fatalities on Sunday, bringing total deaths to 117,166.

"We've got to watch the data," Hancock told Sky News. "Everybody wants to get out of this as quickly as we safely can, and both as quickly, but also as safely, are important."

Reuters reported that "an influential group of lawmakers" in Johnson's Conservative Party are pushing for an end to the lockdown as soon as the most vulnerable nine groups are vaccinated, and that they want no more rules "beyond May 1".