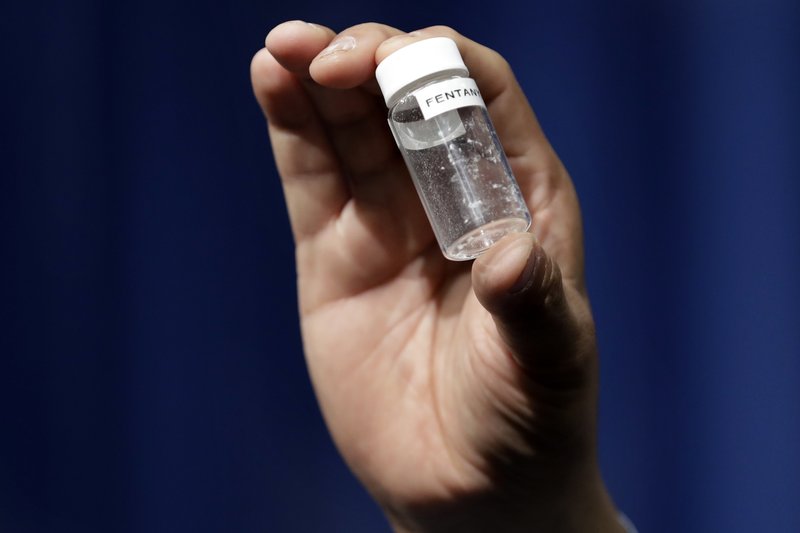 The House dove Tuesday into a two-week vote-a-thon on dozens of bills aimed at opioid abuse, as lawmakers try to tackle a crisis that’s killing tens of thousands a year and to score a popular win they can tout for the midterm elections.

A handful of the measures are contentious, including one Republican bill that would create new criminal penalties for making or trafficking certain synthetic drugs containing fentanyl. That powerful opioid can be made illegally and is taking a growing toll. Democrats complain that the legislation would give the government unfettered power to decide which drugs would be banned, without scientific input.

Most of the 39 bills scheduled for votes this week and dozens more next week are modest and also bipartisan — testament to the deadly toll the problem is inflicting in urban Democratic and rural Republican areas alike. They include one allowing the government to repay up to $250,000 in student loans for some drug treatment workers who agree to serve in areas with especially severe problems. Others would prod health care providers to prominently display in their records when a patient has substance abuse problems, and create grants to help hospitals open opioid treatment centers with a wide range of services.

Congress would have to provide actual money for the new programs in later bills — a difficult task, even for popular programs, with annual federal deficits expected to soon surpass $1 trillion.

Nearly 64,000 people died from drug overdoses in 2016, including around two-thirds whose deaths involved opioids, according to the most recent figures from the federal Centers for Disease Control and Prevention. An estimated 11.8 million people misused opioids that year, mostly by abusing prescription pain relievers.

Opioids are natural or synthetic drugs that can be prescribed for pain relief, but they can also be made illicitly or legally provided prescriptions can be abused.

The death toll has more than tripled since 2000, when around 17,000 people died from drug abuse. That’s made the issue a top campaign-season priority for both parties. Despite enacting two significant bills on the subject in 2016 — and Congress providing additional billions to combat opioids in this year’s government-wide spending bill — lawmakers are eager for another round.

Republicans have conceded that the bills won’t eliminate the opioids problem but say they will make a difference.

“This killer doesn’t discriminate. Not by age, not by race, not by where you live or what you believe,” said Rep. Greg Walden, R-Ore., who chairs the House Energy and Commerce Committee.

Democrats said the bills were well-intentioned but expressed less enthusiasm.

The Commerce panel’s top Democrat, Rep. Frank Pallone of New Jersey, said the bills “do not go far enough in providing the resources necessary for an epidemic of this magnitude.” He said that along with GOP efforts to annul President Barack Obama’s health care law, they “would have a devastating impact” on drug abusers.

Other bills being debated this week would bolster screening of international mail destined for the U.S. to find illicit opioids and provide grants for more “peer-support” counselors who’ve also battled drug use. They would set aside some federal housing vouchers for people battling drug use, provide more drug abuse information to health care providers and help states gather data on prescriptions.