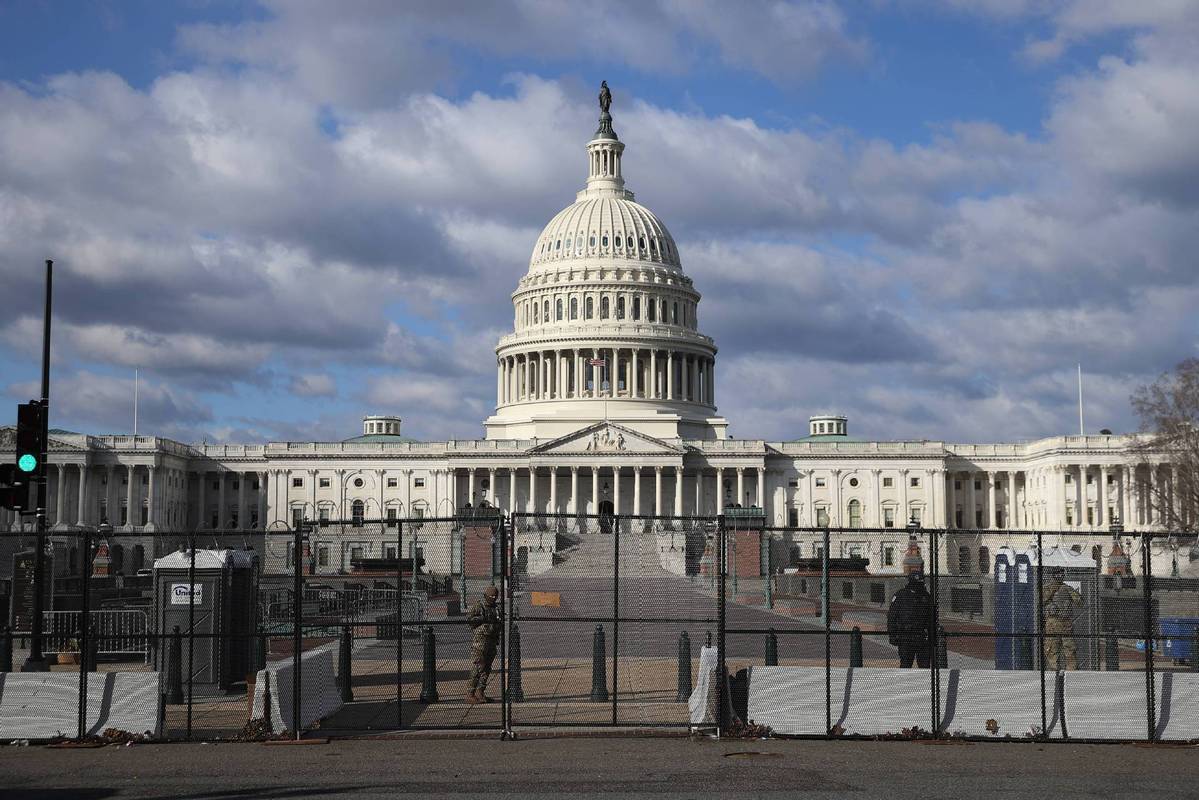 An eight-foot tall steel fence topped with concertina razor wire circles the US Capitol January 29, 2021 in Washington, DC. The fence was built following the January 6 attack on the US Capitol by a mob of Donald Trump supporters that left five people dead and scores injured. In a statement Thursday, US Capitol Police acting Chief Yogananda Pittman said a permanent perimeter fence should be built, among other recommendations. [Photo/Agencies]

Representative Debbie Wasserman Schultz said she would introduce a resolution on Monday stripping the newly elected Georgia representative of her seats on the education and budget committees of the House of Representatives and call for a floor vote if Republican leaders do not act to do so.

"We can't stop her from speaking," Wasserman Schultz said in an online news conference with two other Democrats, Representative Ted Deutch and Representative Jahana Hayes. "What we can do though, is essentially render her nearly powerless. That's what the intent of this resolution is."

Greene has supported false online claims that school shootings were staged, including the 2012 killings at Sandy Hook Elementary School in Newtown, Connecticut and the 2018 massacre at Marjory Stoneman Douglas High School in Parkland, Florida.

"If you cannot acknowledge basic truths, that 26 children and adults were murdered in Sandy Hook Elementary School, and 17 more were mercilessly slain in Parkland High School, then you cannot be trusted to make education and budget policy," Wasserman Schultz, who represents a Florida district, said.

Top House Democrats support the idea. They will give House Republican leaders an ultimatum this week to either strip Greene of her committee assignments or Democrats will bring the issue to the floor, according to a source familiar with top Democrats' thinking.

A spokesperson for House Republican leader Kevin McCarthy said last week that he was disturbed by Greene's comments and planned to have a conversation with her about them. There was no immediate comment from his office on Monday.

Greene's office, asked to comment, repeated statements she made last week, that Democrats and the media are targeting her because she is a conservative Republican. "They are coming after me because like President Trump, I will always defend conservative values," she said.