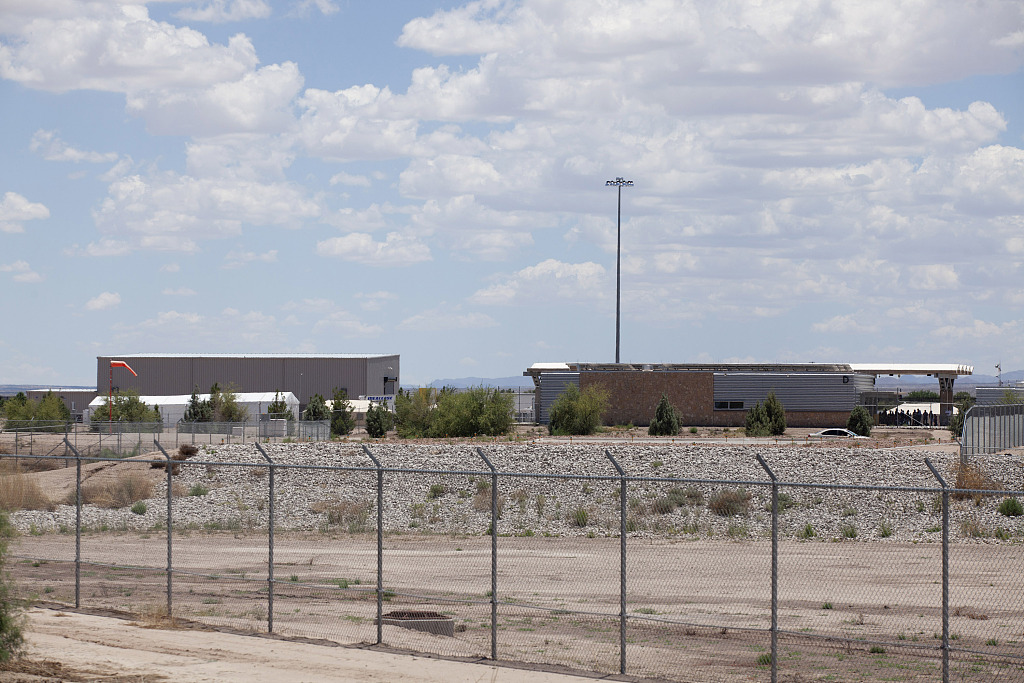 The Democratic-controlled House voted Thursday to send President Donald Trump a bipartisan, Senate-drafted, $4.6 billion measure to care for migrant refugees detained at the southern border, capping a Washington skirmish in which die-hard liberals came out on the losing end in a battle with the White House, the GOP-held Senate and Democratic moderates.

The emergency legislation, required to ease overcrowded, often harsh conditions at US holding facilities for migrants seeking asylum, mostly from Central American nations like Honduras and El Salvador, passed by a bipartisan 305-102 vote. Trump has indicated he’ll sign it into law.

“A great job done by all!” Trump tweeted from his overseas trip.

Ninety-five Democrats opposed the bill, reluctantly brought to a vote by House Speaker Nancy Pelosi, D-Calif., after her plan to further strengthen rules for treatment of migrant refugees ran into intractable opposition from Republican lawmakers and Vice President Mike Pence. Many moderate Democrats split with Pelosi as well, undercutting her efforts, which faded shortly after Senate Majority Leader Mitch McConnell, R-Ky., said he would swiftly reject them.

The legislation contains more than $1 billion to shelter and feed migrants detained by the border patrol and almost $3 billion to care for unaccompanied migrant children who are turned over the Department of Health and Human Services. It rejects an administration request for additional Immigration and Customs Enforcement detention beds, however, and contains provisions designed to prevent federal immigration agents from going after immigrants living in the country illegally who seek to care for unaccompanied children.

The funding is urgently needed to prevent the humanitarian emergency on the US-Mexico border from worsening. The government had warned that money would run out in a matter of days.

The Senate bill passed Wednesday by an 84-8 vote, with Democrats there pleased with the deal they cut with Republicans controlling the chamber.

The measure was initially only reluctantly accepted by the White House — which complained about elimination of the request for detention bed for immigrants facing removal from the US — but GOP support grew after the measure presented an opportunity to outmaneuver Pelosi. Just seven Republicans opposed the bill.

“We could have done so much better,” Pelosi said in a floor speech. Earlier, Pelosi pushed a plan to ping-pong the Senate-passed bill right back across the Capitol with provisions requiring more stringent care requirements for detained migrant families and other steps. But confronted with splintering unity in the Democratic rank and file and intractable opposition from McConnell, Pelosi changed course.

Pence and Pelosi had an hour-long conversation on the legislation Thursday as the White House and Republicans kept pounding the message that the only way forward on the long-sought legislation was to pass the Senate bill.

Pence’s chief of staff Marc Short described the call as friendly and productive. Pelosi, a devout Catholic, appealed to Pence’s sense of faith.

Pelosi presented an effective case that House Democrats wanted more, Short said, but the vice president stressed that with the bipartisan vote in Senate and funding running out, now was not the time to be reopening the bill.

The leaders of the House Progressive Caucus, which includes almost half of House Democrats, immediately issued a statement calling the Senate bill — which had the backing of Minority Leader Chuck Schumer, D-N.Y. — “entirely insufficient to protect vulnerable children in our care.”

Thursday’s outcome was a victory for McConnell, who vowed that the GOP-held Senate would kill any “partisan” House changes that the Democratic-controlled House passed, and he appeared to hold a strong hand. All sides agreed that Congress wouldn’t leave for its Independence Day recess until the measure was passed in some form.

“The United States Senate is not going to pass a border funding bill that cuts the money for ICE and the Department of Defense. It’s not going to happen. We already have our compromise,” McConnell said. He called the Senate bill “the only game in town.”

McConnell said the White House might support making some changes administratively — which have less than the force of law — to address some Democratic concerns.

In fact, Pence agreed that lawmakers would be notified within 24 hours when a child died in custody, said people familiar with his call with Pelosi. The vice president also agreed to the 90-day time limit for migrant children to be housed in influx facilities.

Meanwhile, pressure built on lawmakers whose constituents are upset by accounts of brutal conditions for detained children. And with lawmakers eager to break for the 10-day July 4 recess, internal pressure built on Democrats to wrap it all up quickly.

“The Administration sent its request for emergency funding eight weeks ago, but there was no action,” said Sarah Sanders, outgoing White House press secretary. “We have already negotiated a broadly supported bipartisan funding bill. It is time for House Democrats to pass the Senate bill and stop delaying funding to deal with this very real humanitarian crisis.”

Lawmakers’ sense of urgency to provide humanitarian aid was amplified by recent reports of conditions in a windowless Border Patrol station in Clint, Texas, where more than 300 infants and children were being housed. Many were kept there for weeks and were caring for each other in conditions that included inadequate food, water and sanitation.

The Border Patrol reported apprehending nearly 133,000 people last month — including many Central American families — as monthly totals have begun topping 100,000 for the first time since 2007.

At her weekly news conference, Pelosi choked back tears when asked about an Associated Press photo of a migrant father and daughter killed crossing the Rio Grande River as she pushed for stronger protections in a border crisis funding bill.

Pelosi told reporters Thursday she’s a “lioness” when it comes to children. She called it a “shame that this should be the face of America around the world.”