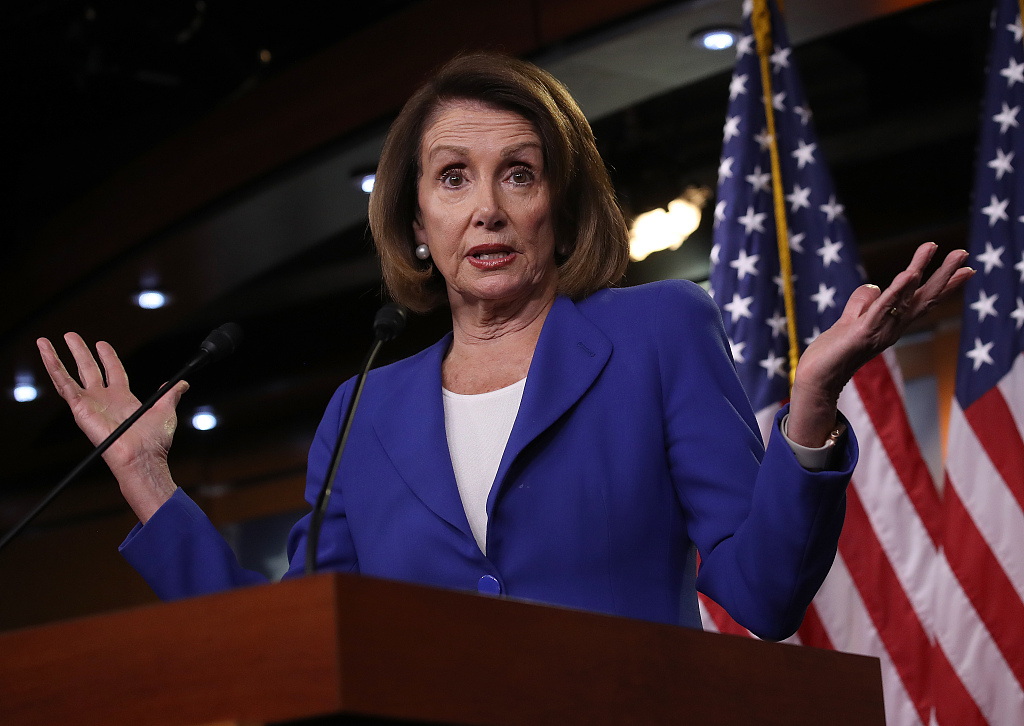 US House Speaker Nancy Pelosi told congressional leaders Thursday to draft articles of impeachment against Donald Trump, saying the president's abuse of power "leaves us no choice but to act."

By asking the House Judiciary Committee chairman to draw up the charges, Pelosi, the top congressional Democrat, signalled that a formal impeachment process against the 45th president is all but assured.

With a majority of members in the Democratic-controlled chamber already signalling their intent to back the deeply divisive procedure, Trump is likely to become just the third president in US history to be impeached by the House of Representatives.

"Sadly, but with confidence and humility, with allegiance to our founders and a heart full of love for America, today I am asking our chairman to proceed with articles of impeachment," Pelosi said in a short, somber televised statement.

Trump "has engaged in abuse of power, undermined our national security and jeopardized the integrity of our elections," she said, adding that "the president leaves us no choice but to act."

Pelosi did not announce the charges, but Trump could face impeachment for bribery, abuse of power, obstruction of Congress and obstruction of justice.

She said that "the president abused his power for his own political benefit at the expense of our national security" by withholding military aid to Ukraine and a White House meeting in exchange for Kiev's commitment to investigate Trump's political rival Joe Biden.

"If we allow a president to be above the law, we do so surely at the peril of our republic," she added.

Trump's chief spokeswoman Stephanie Grisham shot back instantly, saying Democrats should be "ashamed" after pulling the trigger on impeachment.

Minutes earlier Trump goaded his Democrat opponents, saying that if they wanted to impeach him they should press ahead now so that he can have a "fair trial" in the Senate, where his Republican Party holds power.

Democrats reportedly aim to have articles of impeachment presented for a full House vote later this month after weeks of hearings.

"If you are going to impeach me, do it now, fast, so we can have a fair trial in the Senate, and so that our country can get back to business," Trump tweeted.

"We... will reveal, for the first time, how corrupt our system really is. I was elected to 'Clean the Swamp,' and that's what I am doing!"

Democrats have been building a case that Trump should be impeached for trying to leverage a White House meeting and military aid to pressure Ukraine for dirt on Biden, Trump's potential rival in the 2020 election.

On Wednesday, three constitutional scholars told the House that the president's actions seeking foreign interference in US elections were clear grounds for removal.