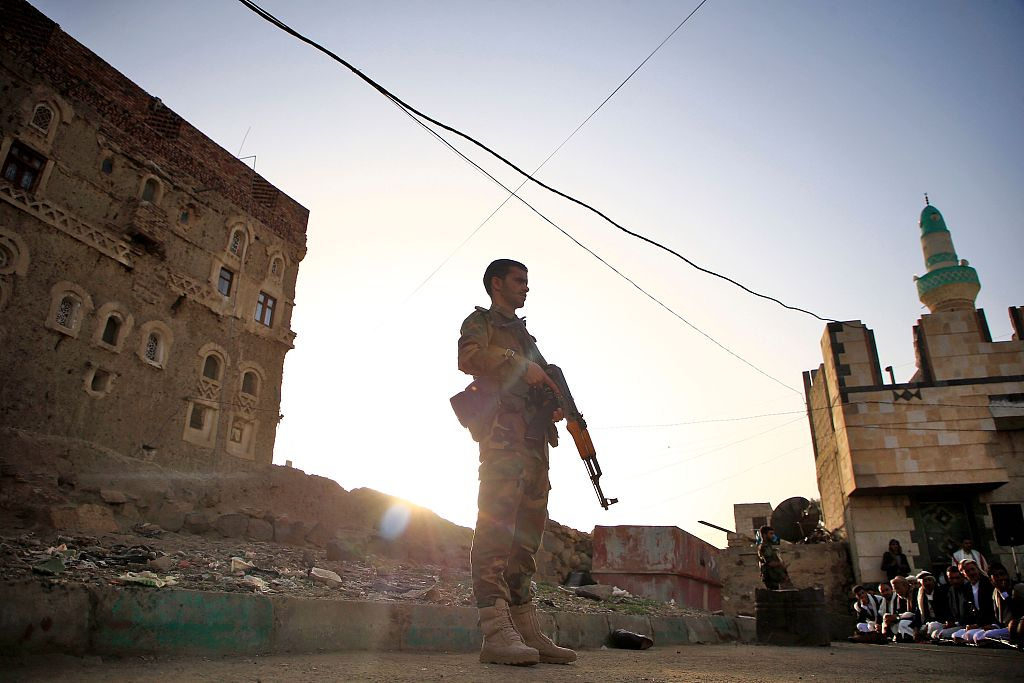 The Saudi-led military coalition said it would make a firm response to a missile attack by Yemeni Houthi forces on a civilian airport in southern Saudi Arabia on Wednesday which wounded 26 people.

The Western-backed, Sunni Muslim alliance that has been battling the Iran-aligned Houthi movement in Yemen said the early morning attack proved Tehran's support for what it called cross-border terrorism.

Three women and two children were among the wounded, who were of Saudi, Yemeni and Indian nationalities, the statement added. Eight people were taken to hospital while most were treated on site.

The Houthi-run Masirah TV said earlier that Houthi forces had launched a cruise missile attack on Abha airport, which is about 200 km (125 miles) north of the border with Yemen and serves domestic and regional routes.

Air traffic was currently running normally at the airport, according to Saudi Arabia's civil aviation body.

The attack follows an armed drone strike last month on two oil-pumping stations in the kingdom that were claimed by the Houthis. Saudi Arabia accused Iran of ordering the attack, a charge that Tehran and the Houthi movement deny.

The coalition said the attack could amount to a war crime. It would take "urgent and timely" measures in response.

"This attack also proves this terrorist militia's acquisition of new special weapons; the continuation of the Iranian regime's support and practice of cross-border terrorism; and the continued violation of relevant UN Security Council resolutions," said the coalition's English-language statement.

There was no immediate Iranian response.

A Houthi military spokesman on Tuesday threatened that the group would target every airport in Saudi Arabia and that the coming days would reveal "big surprises."

The alliance led by Saudi Arabia and the United Arab Emirates intervened in Yemen in 2015 to try to restore the internationally recognized government that was ousted from power in the capital Sanaa by the Houthis in late 2014.

The conflict is widely seen in the region as a proxy war between Saudi Arabia and Iran. The Houthis deny being puppets of Iran and say their revolution is against corruption.

The Houthis have previously targeted Saudi cities with drones and missiles, most of which have been intercepted. In March 2018 an Egyptian was killed in the capital Riyadh by missile shrapnel.

The Houthi group last month stepped up its attacks following a lull last year ahead of UN-led peace efforts. The coalition has responded in the past by carrying out air strikes on Houthi military sites in and around Sanaa.

"A clear and firm international stance is needed against Houthi terrorism and the Iranian support which is available to it," he said in a Twitter post.

The strike took place against a backdrop of heightened US-Iranian tension following Washington's move to tighten sanctions on Tehran and to reinforce its military presence in the Gulf in response to what it called Iranian threats.

The escalation in violence could threaten a fragile UN-led peace initiative in Yemen's main port city of Hodeidah, which handles the bulk of the impoverished country's commercial and aid imports and is a lifeline for millions of Yemenis.