WORLD How one highway could change Montenegro

How one highway could change Montenegro 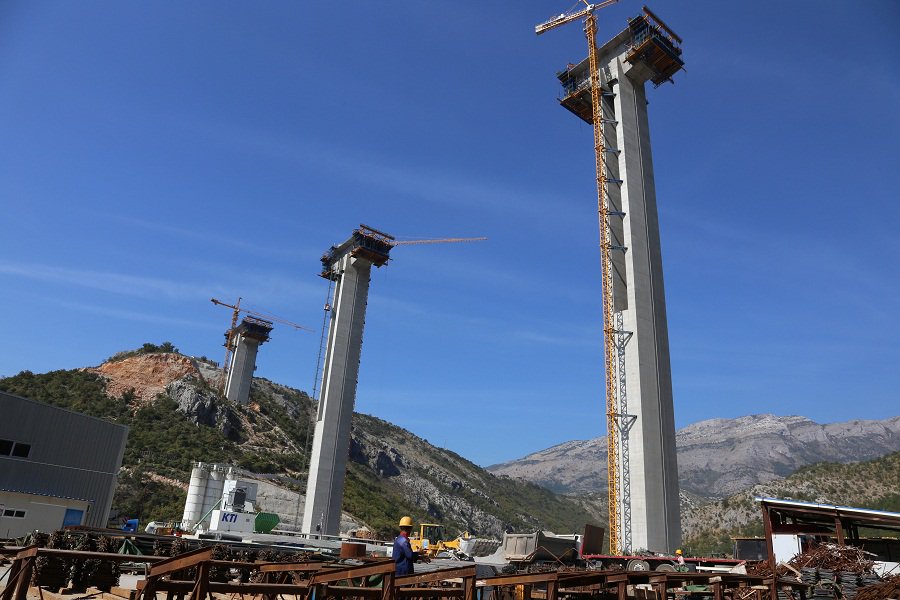 "Without dispute, the highway is a fundamental infrastructure facility that creates conditions for the opening and modernization of Montenegro," said Vukotic, who was also an economist before co-establishing the private University of Donja Gorica.

Better infrastructure could also boost the number of visitors to the country, Vukotic said, adding "now Montenegro has about one million tourists a year. That number can be much larger."

Montenegro is building a 41-km long section of highway, the first phase of a planned 180-km one, the country's biggest infrastructure project designed to link the southern port of Bar to its northern, landlocked neighbor Serbia.

"The idea of the highway was not created under any external pressure. It is an expression of a strategic vision of the development of Montenegro," said Vukotic.

"The highway connects two endpoints in Montenegro -- one in the north, which leads to Central and Eastern Europe through Serbia; and other in the south -- connection with the Adriatic-Ionian highway and with Europe and Asia through the Croatian highway," Vukotic said.

"There is also a connection with the maritime routes of the Mediterranean, because Montenegro is a Mediterranean country with about 300 km sea coast," he said.

Montenegro is a small country with around 620,000 people. The construction of the first phase of the highway, at a cost of 809 million euros (about 937 million U.S. dollars) for the first phase, rattled some European politicians and media, who criticized the project.

The country voted for independence from Serbia in 2006 and is in the process of joining the European Union (EU).

Vukotic acknowledged that such a project carries challenges. "The highway will certainly produce additional pressures to public finances," he said, but "I only think that Montenegro has the potential to generate revenues that can reduce this danger to a minimum."

He warned against exaggerating risks associated with a vital transportation route, saying "there should be no great expert to prove that even crossing the street can be a danger. It is similar to the statement that borrowing money for the highway is a potential threat to public finances."

China is now giving financial support to Montenegro for the highway and this is not something to be feared, Vukotic said. China is "a sincere friend of Montenegro and as a country with which Montenegro, regardless of whether it is in the EU or not, should cooperate freely, without ideological limitations," he said.

He has some sharp words about European suspicion of Chinese involvement in building the highway, noting "that fear of Europe that China will take Montenegro, or Eastern Europe, is based on the complete ignorance of the history and the shallowness of education of people who spread this fear."

Vukotic believes that the highway under construction is just one of many promising fields of cooperation between Montenegro and China.