Huawei CFO returns to Canadian court to fight extradition to US 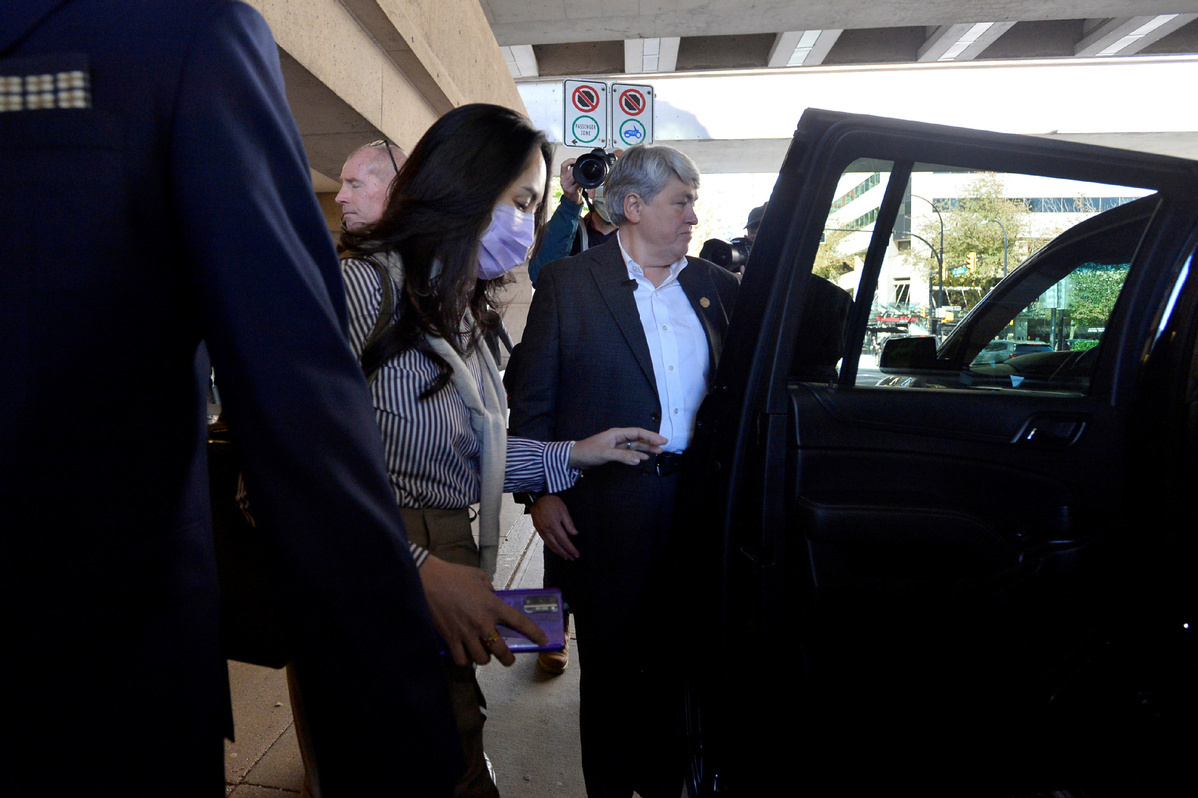 With a mask on her face and a monitoring bracelet on her ankle, Huawei Technologies Chief Financial Officer Meng Wanzhou returned to the Supreme Court of British Columbia on Monday to argue that her extradition to the United States should be halted because her rights have been violated.

During a scheduled three days of hearings in Vancouver, Meng's lawyers will argue that American officials omitted details that undermine the fraud charges against her, on the basis that information provided to Canadian officials was misleading and contained "material omissions and misrepresentations".

Meng's defense team argued that the US cherry-picked information from a PowerPoint presentation that Meng gave HSBC. The summary omitted slides from the presentation where Meng described Huawei as having a "normal and controllable" relationship with Skycom, they said, adding that the summary of allegations provided to Canada is "manifestly unreliable" and "seriously misleading".

The defense hopes to convince the judge that the accusations against Meng lack an "air of reality" and to allow them to argue additional allegations of the US' abuse of process in the case.

"After she's informed HSBC that its commerce with Skycom is in Iran, HSBC is on full notice in terms of measuring sanctions risk," defense lawyer Scott Fenton told Associate Chief Justice Heather Holmes on Monday.

"Where the court finds there are material misstatements and omissions going to the heart of the record of the case, then the court may intervene, find an abuse of process and fashion an appropriate remedy," Fenton said.

He told the judge that the "elephant in the room" was that Meng and Huawei had not lied and instead had given HSBC all the information needed to assess the risk, contrary to US claims.

Meng's defense team also believes that past comments made by US President Donald Trump on China prove Meng's arrest was politically motivated.

The preliminary hearings Monday come ahead of a fuller hearing scheduled for February 2021 and will determine the legal defenses that Meng's lawyers will be allowed to use to fight her extradition.

Gary Botting, an extradition lawyer based in Vancouver, said the defense's success "depends entirely on the nature of the evidence … and whether or not there is any substance to their allegations".

In a statement issued by Huawei Canada on Monday, the company said that Meng's position is that the extradition proceedings against her constitute an "abuse" of the Canadian judicial process and should therefore be "stayed".

"As expressed consistently, Huawei has confidence in Ms. Meng's innocence and we trust in the Canadian judicial system to reach that conclusion. Accordingly, Huawei will continue to support Ms. Meng's pursuit of justice and freedom," the statement said.