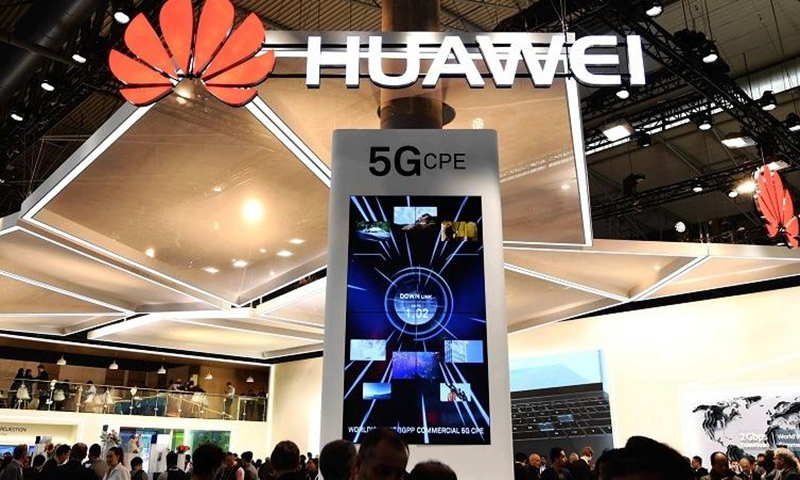 Huawei on Thursday announced plans to expand physical retail presence in Europe, a fresh effort to prove its unyielding capability in the face of the US government' escalated clampdown on the Chinese tech giant.

In his virtual keynote speech at the IFA 2020 Special Edition in Berlin, the first major global exhibit for consumer electronics that is physically taking place since the COVID-19 outbreak, Walter Ji Rengui, president of Huawei's Consumer Business Group for Europe, said the firm plans to have eight flagship stores by year-end in Europe across Spain, France, Belgium, Italy, Germany and the UK, "creating more jobs and economic growth at a critical time for our high streets and urban centers."

And, Huawei will have 42 experience stores in Europe, according to Ji.

Instead of introducing new devices, the executive focused on Huawei's commitment to Europe, a major part of the firm's next decade that is envisioned to revolve around artificial intelligence, 5G connectivity, customer security and its mobile services ecosystem.

With 460 million monthly active users, 33 million in Europe alone, and combined global downloads exceeding 184 billion in the first half, Huawei's AppGallery is now the world's third-largest app store, with over 5,000 apps being added per month. Its global base of registered developers has exceeded 1.6 million, up 76 percent from the year earlier.

Huawei has also launched its Petal Search service, teaming up with third-party search partners including Europe's top search engines Qwant and Yandex. Since its launch in June, Petal Search has attracted more than 1 million European users, according to Ji.

Huawei now employs more than 8,500 people across 11 countries in West Europe, and 14,000 in the whole of Europe, the company said. It has two regional headquarters located in Poland and in Germany, as well as 23 research sites.

But Huawei is hardly the only Chinese firm, albeit the most attention-grabbing, taking the stage at the three-day Berlin show that concludes on Saturday. Electronics firm TCL, for instance, unveiled its newest intelligent audiovisual processor at the event on Thursday.

Xiang Ligang, a veteran industry analyst, told the Global Times on Thursday that the biggest problem for Huawei to expand its market share in Europe is production capacity, because its supply of chips is being cut off by the US government.

In an attempt to further tighten restrictions on Huawei, the US Department of Commerce announced in mid-August the addition of 38 Huawei affiliates to the Entity List.

Huawei's pledge to expand its retail presence comes as the tech giant's smartphone business in the continent is taking a battering from both the pandemic and US assaults.

The European market for smartphones recorded a sales decline of 7 percent in the first quarter, due to seasonal factors and COVID-19 lockdowns, according to data released in June by market research firm Counterpoint.

Apple remained resilient during the quarter, underpinned by the iPhone 11 series, with its share of the European market edging up to 22 percent now. The other two in the top three were Samsung, which saw its market share shrink to 29 percent from 31 percent in the prior year, and Huawei, whose share fell from 23 percent to 16 percent, Counterpoint statistics showed.

The US trade sanctions took a bite out of Huawei's presence in Europe. Another Chinese phone maker, Xiaomi, nevertheless, posted a surge of 145 percent sales rise year-on-year to capture an 11-percent share of the European market during the first quarter.

With the growing availability of 5G - where Huawei has global leadership - expected to spur the European market for 5G-enabled phones, the Chinese tech giant will continue to expand its footprint in the local consumer market, although it might falter at present, market watchers said.

Sales of 5G smartphones only made up 4 percent of overall handset sales in Europe in the first quarter, Counterpoint said.

Xiang said that Huawei and the European market can be more reciprocal.

"For Europe, going without Huawei would be a big loss as it will lose a partner with strong technology, good service and reasonable prices," said Xiang.

Huawei's 5G has been politicized by the US, but experts believe that for Huawei to avoid the impact of malicious US attacks, it can only use its fine products to prove its competence to vast customers.

Still, the acceptance of Huawei technology in the European market is contingent upon the US stance. So if the US continues to intensify its clampdown on the Chinese firm, many European nations might be forced to discontinue their 5G network partnerships with Huawei, said Liang Zhenpeng, a senior industry analyst.