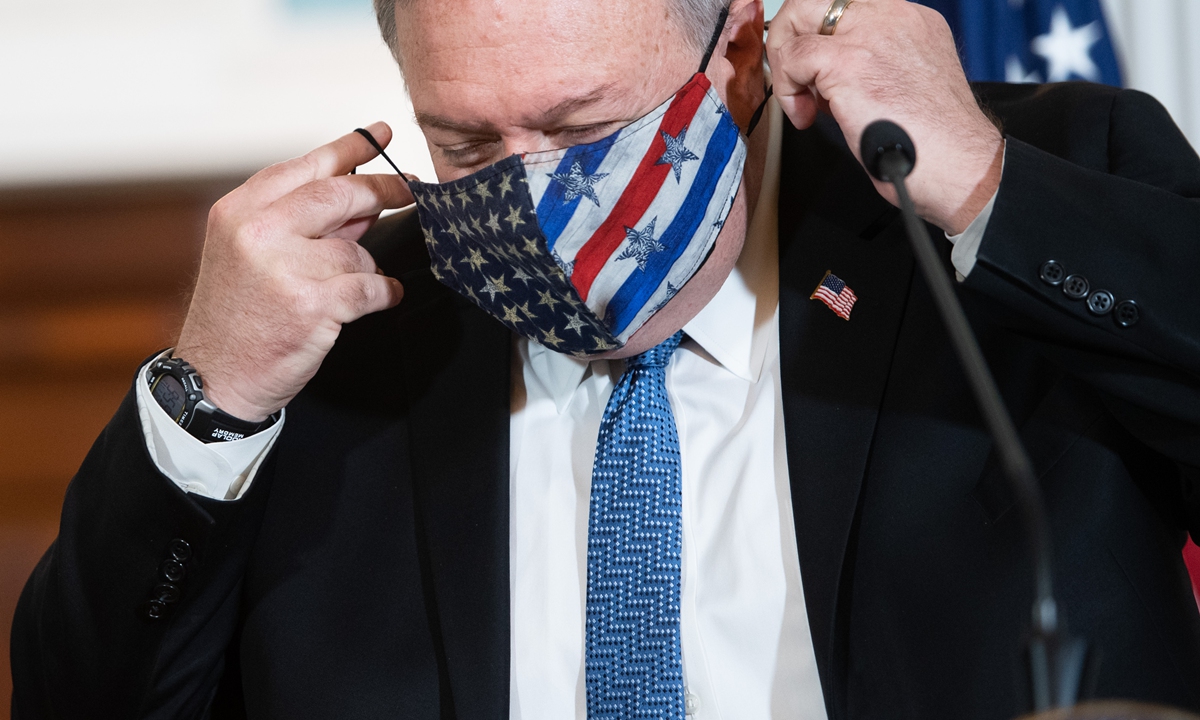 The Hudson Institute established a China Center in May this year, with former US secretary of state Mike Pompeo as a "distinguished fellow" and extreme anti-China figure Miles Yu as its director. The center is established to collude with anti-China figures, concoct and disseminate anti-China rhetoric, in order to cope with the so-called threats from Communist Party of China (CPC), the Global Times learned from sources familiar with the matter.

The institute, a conservative American think tank, has provided platforms for politicians such as former US vice president Mike Pence as well as Pompeo. In an interview with institute this March, Pompeo even made preposterous remarks such as urging the US to "recognize Taiwan as sovereign nation," and establish official diplomatic ties with the island. According to media reports, the institute has also taken sponsorship from the Taiwan authorities, and invited Taiwan's regional leader of Taiwan Tsai Ing-wen as well as Hsiao Bi-khim, the island of Taiwan's representative to the US, to disseminate remarks of Taiwan secessionism.

People such as Pompeo are infamous anti-China figures. The Chinese Ministry of Foreign Affairs announced sanctions on Pompeo in January 2021. Hudson Institute's establishing of the "China Center" aims to provide a platform for those people, and the goal of the center is to cope with the so-called China threat. Instead of promoting understanding and friendship between the two countries, such deeds have clearly stood against the goal of objectivity and justice that think tanks are supposed to abide by, and deviated from the mainstream wish of peaceful coexistence from the two peoples. It is hard to imagine what serious research such institute can achieve, apart from just concocting lies and rumors.

The evil intention of the Hudson Institute will be seen by the world eventually, and it will fool no one. We sincerely urge those involved in the establishment of Hudson Institute's "China Center" to stop going against history, stop their provocations, and withhold their intention of slandering China, otherwise, they will swallow the bitter seed planted by themselves.