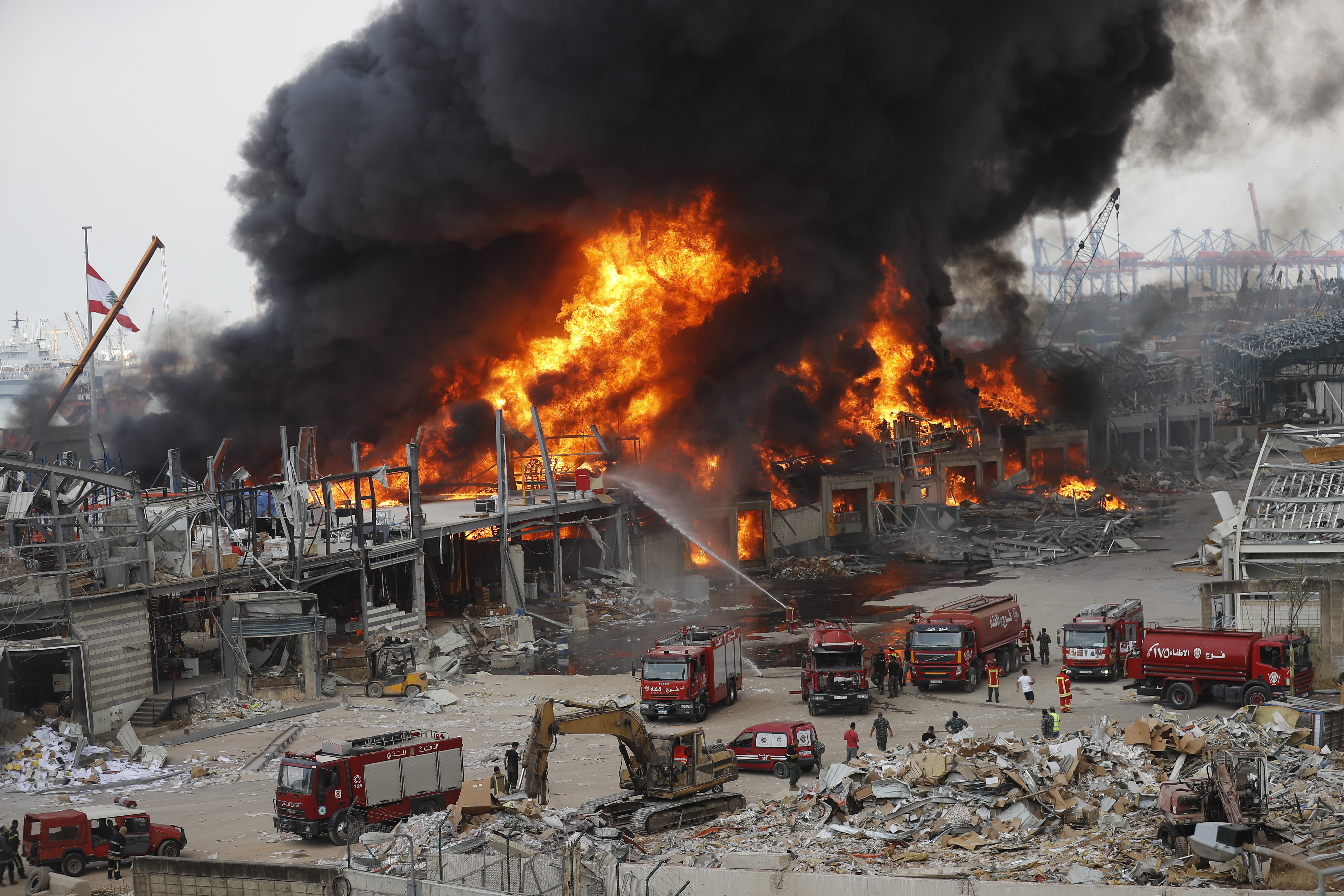 BEIRUT, Lebanon－Firefighters and army helicopters on Friday put out the remains of a huge fire at Beirut's port that had flared up a day earlier, barely a month after a massive blast devastated the port and the surrounding area.

Thursday's fire, which officials said was sparked by welding during repair work after the Aug 4 port explosions, covered several districts of Beirut in a huge cloud of black, acrid smoke, causing panic in a city still on edge after the blasts.

Some sought safety in closed bathrooms or threw open their windows to guard against shattering glass in case of another blast; others piled into cars to flee the capital. No injuries were reported.

The Aug 4 blasts exacerbated challenges in a nation that is grappling with a deep economic crisis and facing the biggest threat to its stability since a 1975-90 civil war.

Late last year, Lebanon's economic house of cards collapsed into its worst financial crisis in decades. The Lebanese currency has crashed, throwing more than half the country's 5 million people into poverty.

Authorities said in a statement that firefighters had extinguished the flames on Friday morning after working through the night, and were cooling the site to avoid it flaring up again.

It was unclear what caused the new blaze, which was decimated by last month's explosions when nearly 3,000 tons of ammonium nitrate blew up, sending out a shock wave that killed nearly 200 people and caused widespread damage.

Lebanese President Michel Aoun said at a meeting of the Supreme Defense Council on Thursday night that the fire could have been caused by sabotage, technical error or negligence. He called for a swift investigation.

The raging fire and column of smoke was eerily similar to the one that preceded the devastating explosions. Back then, curious residents stood on balconies or behind windows in offices and homes to photograph the fire, compounding the injuries from flying glass when the gigantic fireball mushroomed across the city.

On Thursday, panicked residents cracked open windows and called or texted warnings to each other. Local TV stations said companies with offices near the port asked employees to leave the area. Many dropped what they were doing and rushed home.

A video on social media showed port employees running from the fire, a chilling reminder of the dozens of workers and 10 firefighters who were killed in the blast. Lebanese troops closed the major road near the port and rerouted traffic.

The panic was compounded by the fear that more chemicals could be in the wreckage of the port. Earlier this month, the army said it found more than 4 tons of ammonium nitrate in four containers stored near the port that it said were "dealt with".

For Dana Awad, a mother of two girls, the fire brought back memories of the tremor that shook her Beirut neighborhood before the blasts.

"We opened all windows and are in the corridor right now," Awad said as they sought safety in a hallway. "I am still feeling the earth shake. Living a flashback."