The COVID-19 pandemic claimed its biggest sporting scalp on Tuesday as this summer's European Championship, which was due to take place from June 12 to July 12 across 12 countries to mark the 60th anniversary of the showpiece tournament, was postponed for a year. 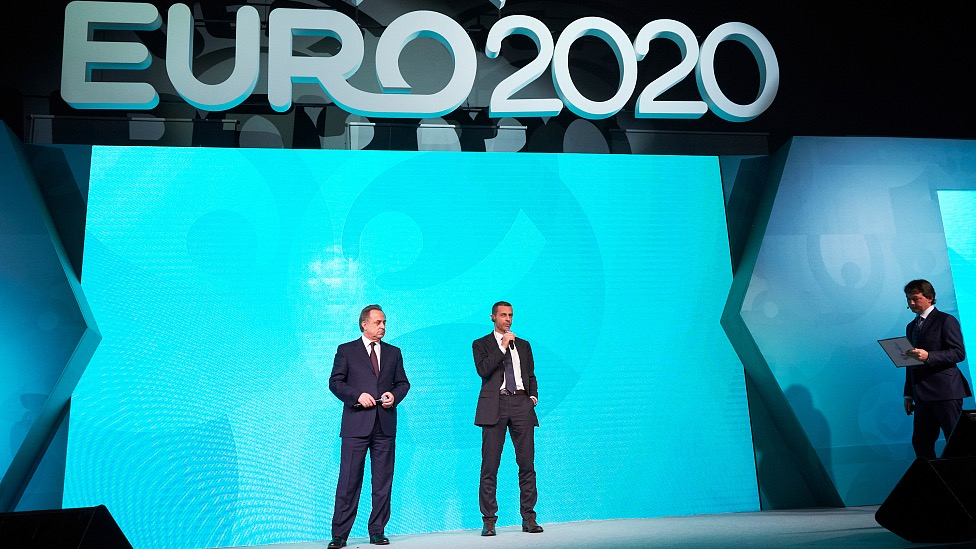 The announcement came after UEFA held an emergency meeting with national associations as well as clubs and players bodies via video conference after all of Europe's top football leagues were suspended, along with the Champions League, Europa League and World Cup qualifiers.

It is understood that the postponement will help Europe's domestic leagues and club competitions to be completed by June 30, should the situation improve.

"We knew we have to stop the competitions. We think that postponing the Euros is the only chance for the national leagues and all the club competitions to finish [the season]," said UEFA president Aleksander Ceferin.

"We have to think about football as a whole, the whole ecosystem of football. That's why we decided today that we postponed the Euro and we have 100 percent full support of all 55 national associations, European Leagues, European Club Association and Fifpro."

While the news was widely welcomed by Europe's top-flight giants, who are still coming to terms with the unprecedented disruption of the coronavirus pandemic, next year's global sporting calendar will be severely disrupted with uncertain consequences.

As Euro 2020 becomes Euro 2021, the women's Euro 2021, scheduled to run from July 7 to August 1 next year in England, has been postponed to an unspecified date. The Nations League finals and the Under-21 Euro, due to take place from June next year, has also been called off.

The most high-profile victim of the latest development, however, is the inaugural edition of the expanded 24-team Club World Cup, which is originally scheduled for June-July 2021 in China.

FIFA president Gianni Infantino said last year that the reshuffled event could generate as much as 50 billion U.S. dollars in commercial income, but the Euro 2021 has complicated matters.

On Wednesday, the Asian Football Confederation confirmed on its Weibo account that the Club World Cup will be postponed to an as-yet undetermined date.

Earlier, Infantino said in a statement that he would hold a conference call with FIFA officials on Wednesday, during which he will suggest "to decide at a later stage – when there is more clarity on the situation – when to reschedule the new FIFA Club World Cup, later in 2021, in 2022 or in 2023."