Huge electricity bills after winter storm waivered in US Texas

HOUSTON, March 16 (Xinhua) -- US Texas Attorney General Ken Paxton announced Tuesday that over 29 million US dollars in electricity bills from wholesale provider Griddy will be forgiven from the week of freezing temperatures in Texas last month. 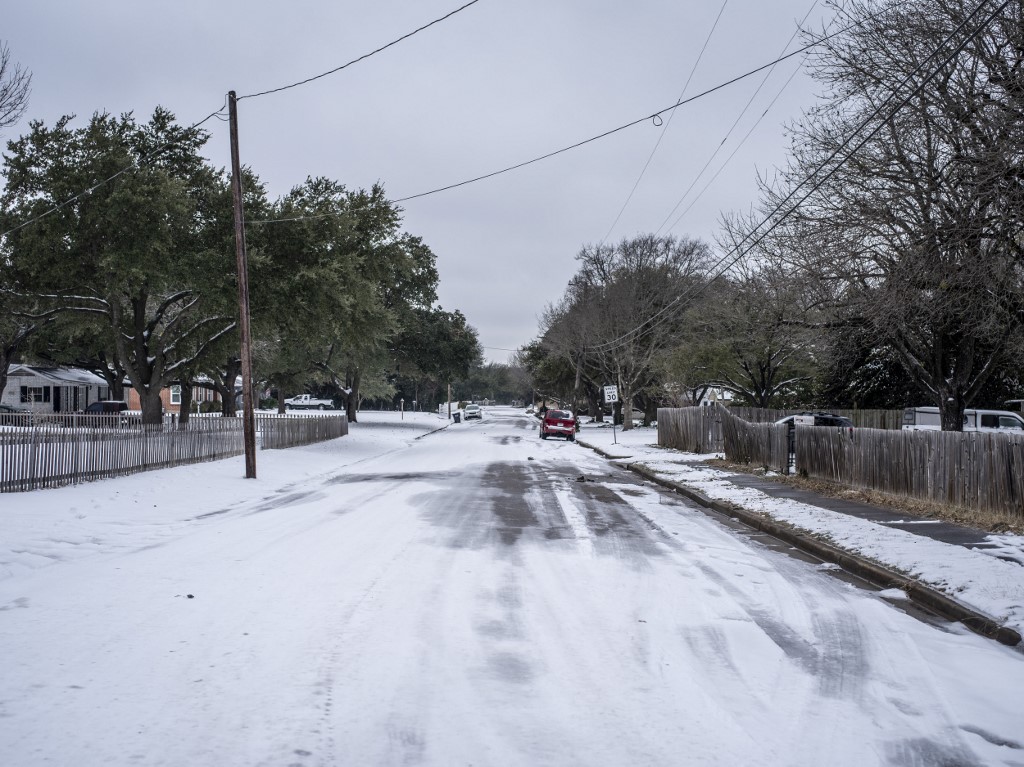 In this photo snow covers the ground in Waco, Texas as severe winter weather conditions has forced road closures and power outages over the state on February 17, 2021. (File photo: AFP)

Griddy filed for bankruptcy on Monday in Houston, saying it owes more than 29 million dollars to Electric Reliability Council of Texas (ERCOT) for power used in February, mostly during the severe winter storm.

The action that Paxton took was to release Griddy's former customers from its bankruptcy. "Griddy's proposed bankruptcy plan takes an important step forward by offering releases to approximately 24,000 former customers who owe 29.1 million dollars in unpaid electric bills," said a release from the attorney general's office.

"Griddy and my office are engaged in ongoing good faith negotiations to attempt to address additional relief for those Griddy customers who have already paid their storm-related energy bills," said the statement.

Griddy sold electric plans with rates tied to the spot price of power on the Texas grid, and that was allowed to go to a maximum price of 9,000 dollars a megawatt hour during the winter storm, compared with about 25 to 30 dollars under normal conditions. Customers couldn't switch to another company's fixed plan fast enough and ended up with unprecedented electric bills.

After the winter storm, Texas grid operator ERCOT notified Griddy on Feb. 26 that it was in default and forced a mass exodus of its customers to other providers.

Griddy said that it "was left with no customers and little to no incoming payments" and it was left in a position where it had no choice but to file for bankruptcy.