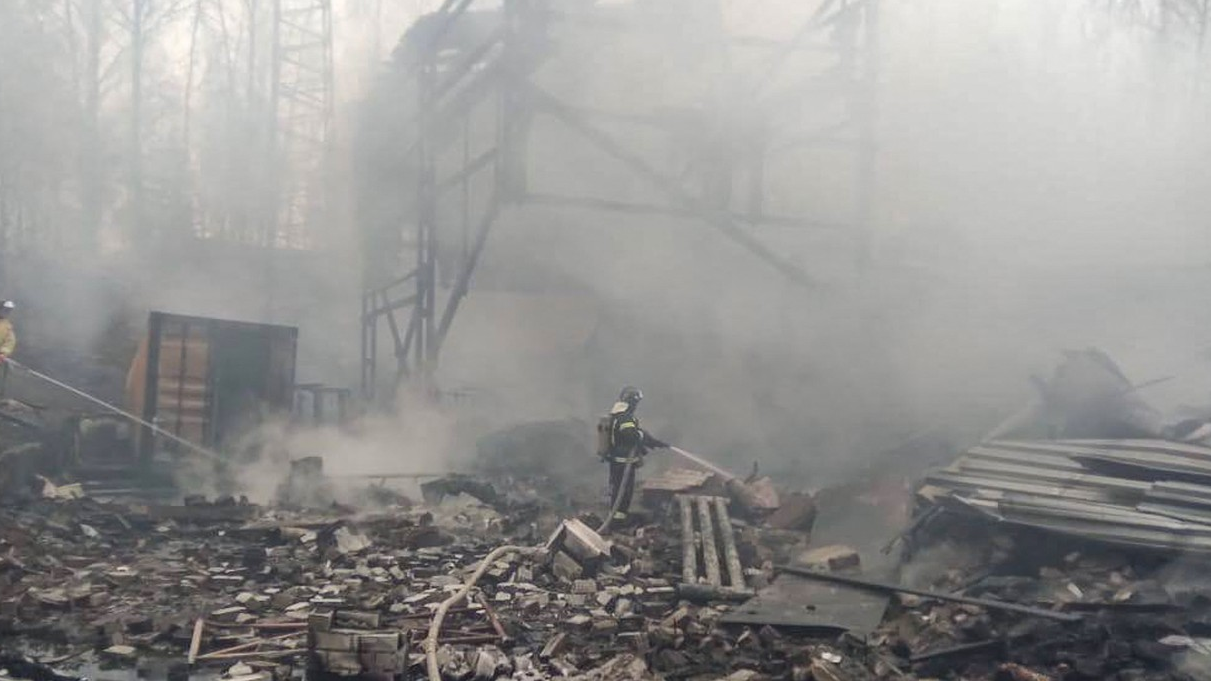 Firefighters working to put out a blaze at a gunpowder and chemicals plant in the Ryazan Region. (Photo: AFP)

Sixteen people were killed in an explosion and fire at a gunpowder and chemicals plant in Russia's western Ryazan province on Friday, Russian state TV said, and one man was taken to hospital with severe burns.

The disaster wiped out practically the entire shift of 17 workers who were on-site at the time, according to a list of names posted on social media.

A video showed the moment of the explosion, with a vast yellow fireball rising into the air, and photos of the aftermath showed a scene of destruction, with smoke still rising from the rubble.