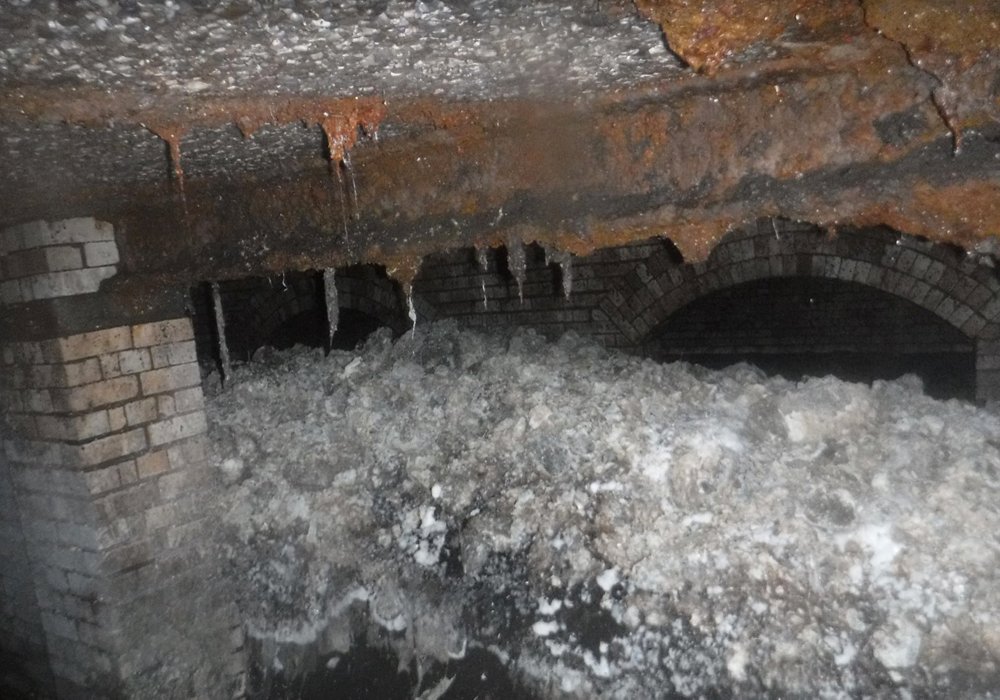 In this photo released Tuesday Jan. 8, 2019, by Britain's South West Water company, showing part of a "fatberg", a mass of hardened fat, oil and baby wipes, measuring some 64 meters (210 feet) long, in the town of Sidmouth, England. (Photo: AP)

A British official says a giant “fatberg” has been found blocking a sewer in southwestern England: a mass of hardened fat, oil and baby wipes measuring 64 meters (210 feet) long.

Andrew Roantree of South West Water says it will “take our sewer team around eight weeks to dissect this monster in exceptionally challenging work conditions.”

He urged the public not to pour grease down the drain or flush baby wipes down the toilet, adding: “Don’t feed the fatberg.”

The revolting fat mass was discovered in drains in the coastal town of Sidmouth.

In 2017, a 250-meter (820-foot) fatberg was found in sewers beneath Whitechapel in east London. A chunk of that later went on display at the Museum of London, nestled inside transparent boxes.