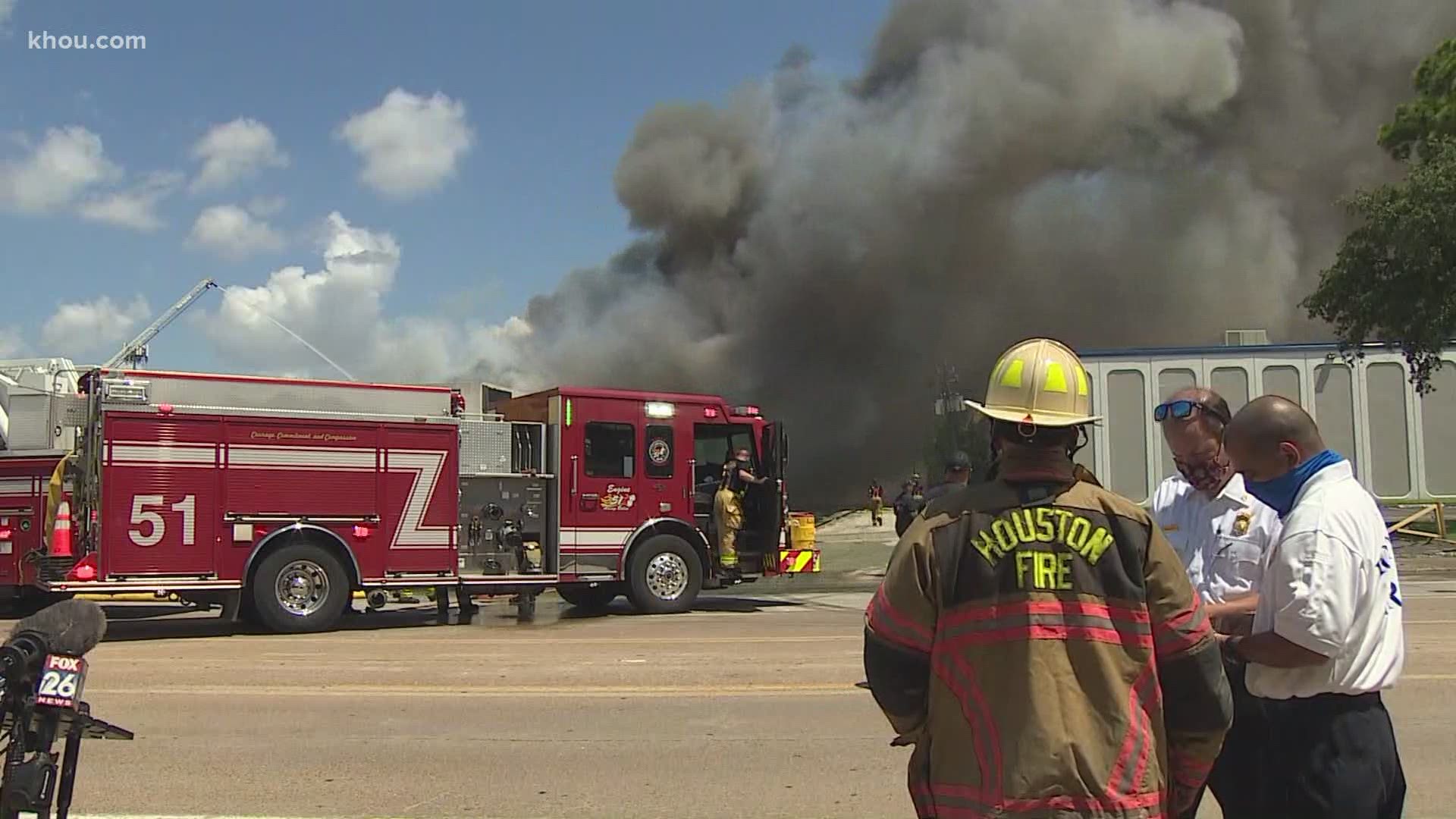 HOUSTON, July 31 (Xinhua) -- Firefighters are fighting to put out a massive fire that destroyed a warehouse on Friday in Houston city in the U.S. state of Texas.

Explosions were heard several hours after the fire broke out at around 10:30 a.m. at the Salon and Spa Wholesalers Friday morning, authorities said.

Local TV station reported that large flames and clouds of black smoke could be seen from the building and one of the fire trucks on the scene had caught on fire.

Houston Fire Chief Sam Pena said two firefighters were sent to hospital due to heat exhaustion. There is no other injuries reported.

A shelter-in-place order was issued for the area due to the release of hazardous chemicals such as sodium hydroxide and alcohol.